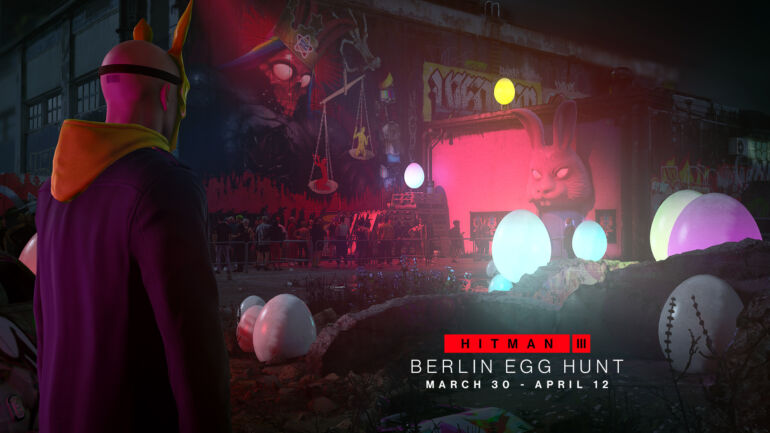 Players will be enjoying more free content this coming March and the roadmap reveals several new stuff to try out. First on the list is the first season event for the game, the Berlin Egg Hunt. Agent 47 will head to Berlin to only discover that the location has transformed for the Berlin Egg Hunt. The exclusive Clube Holle event will have a strict dress code, which means he will need to get dressed for the occasion.

Berlin Egg Hunt will be playable starting March 30 to April 12 for all players. There will be new decorations and graffiti, new objectives, gameplay items to collect and use, unique targets, and a new unlockable suit that can be permanent.

Players who have the Deluxe Edition or Deluxe Pack, they can get the sixth and final Deluxe Escalation. It is inspired by Agent 47’s past and after the events of Codename 47.

Easy Allies and media outlet Eurogamer are taking on the challenge of creating featured contracts in Chongqing and Mendoza respectively. Their creations will be released next week. There is also an elusive target in Isle of Sgail and an Escalation in Berlin.

Another update will be released as well to improve the overall experience.