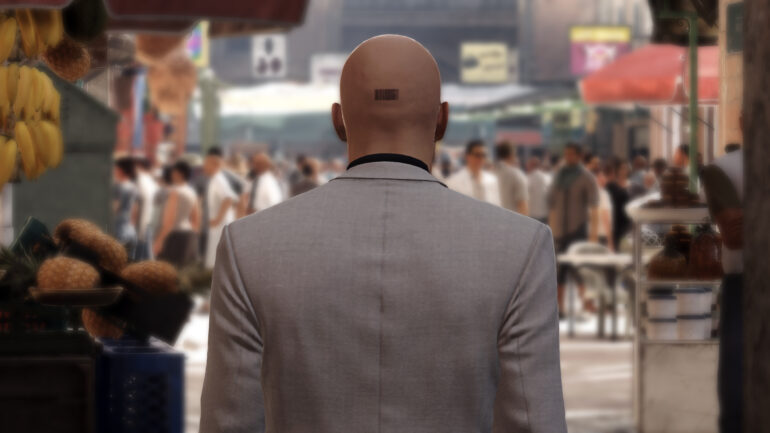 I have been traveling from episode to episode in the episodic world of Hitman. Every location gets bigger and bigger, even population in every episode is growing. From the fancy multi-billion dollar mansion, to a summer crisp view of Italy, and now you get to travel to an Islamic country of Morocco. Agent 47 never gets enough of travelling, I actually envy the guy.

The new Elusive Targets mode which was launched a few weeks before Episode 3: Marrakesh made Hitman quite fun as it does give out quite a challenge – the target is only available 48 hours real-time, and when you fail to take out the target, then it’s forever unsuccessful… no retries, and you have to wait for the new Elusive Target.

Now, Agent 47 arrives in Marrakesh, Morocco to witness the complicated issue that the country have. With a corrupt and weak government, 2 high-profiled identities tries to seek out and destroy the current powerless elected officials. In the wake of the country’s fate, Agent 47 gets into Morocco to take out two targets: an army General who seamlessly orchestrated an escape of the second target, a former bank CEO who stole billions of dollars from the Morocco citizens. 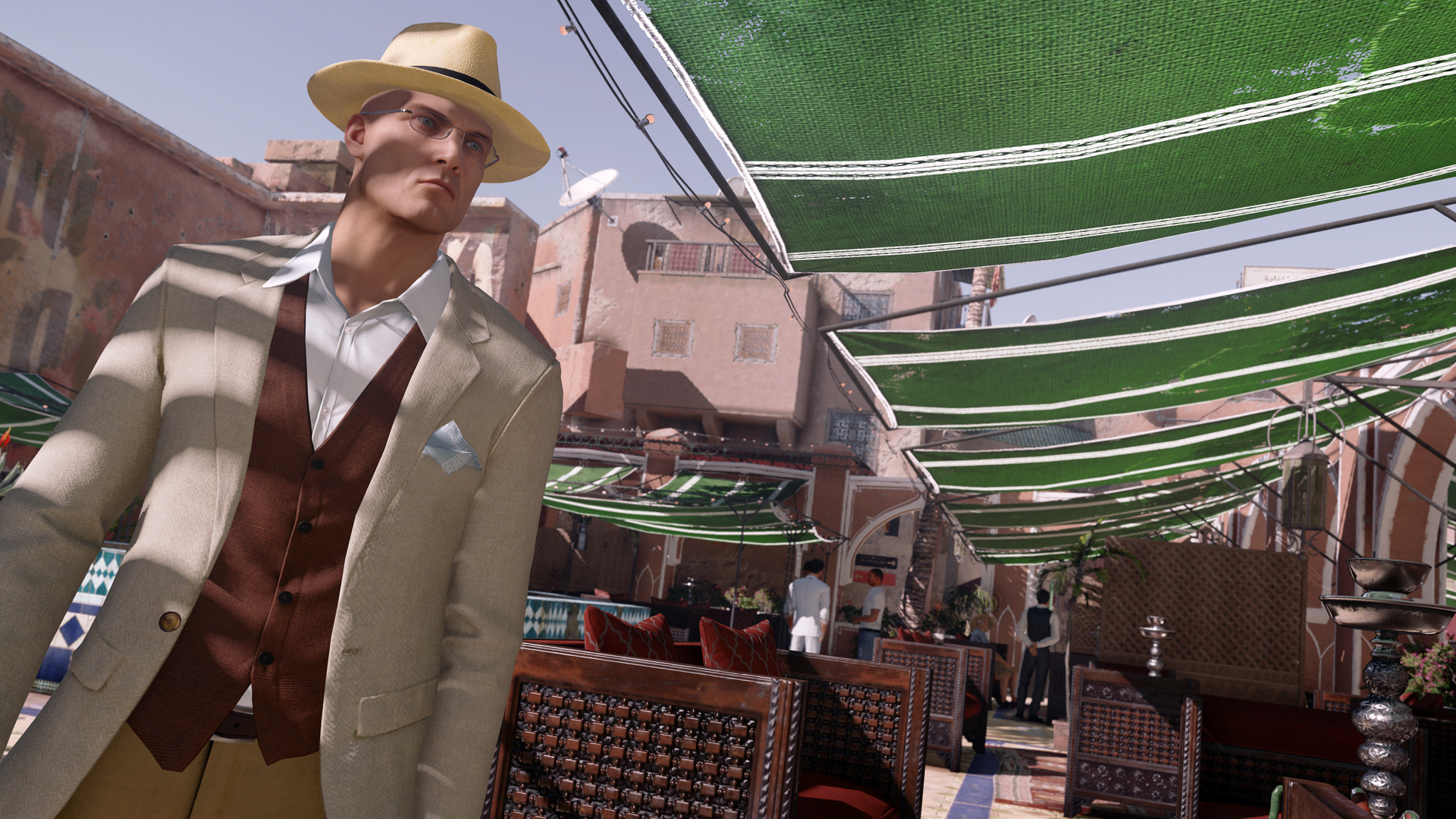 Expectations rise when episodic games get deeper into the season. And with these expectations, that includes more challenging areas and scenarios, lots of options on how you plan your assassination, and more targets. It seems that most of the things we expected are here but except for one thing: “more targets”. It’s quite disappointing to say the least that the previous episodes offered only 2 targets for you to take out.  It never went above 2. This new episode, however, lasted an interesting couple of hours more than Paris and Sapienza – that is, if you tried every possible way of assassinating your targets.

Exploring the area took more time than the Paris and Sapienza locations. The two previous episodes conveniently gave me the Opportunities in the game, while in Morocco it was impressively challenging as it forced me to take a different path if my plan failed on killing the targets. There was a scenario where I had to take the Opportunity path in being part of the GNN news crew as a cameraman along with 2 other journalists. 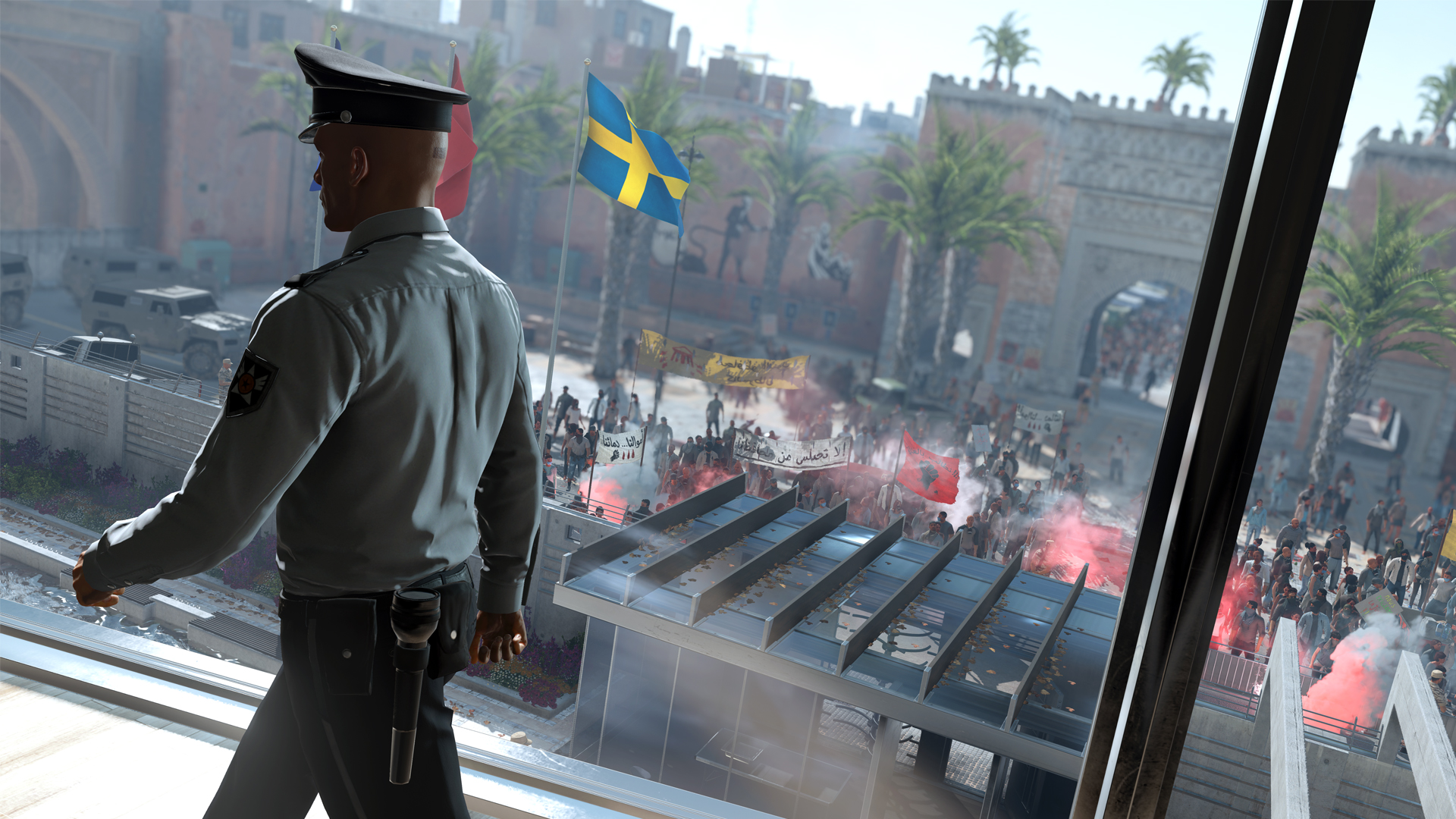 This point of interest took me inside the Swedish consulate for an interview with Claus Strandberg. The Opportunity just simply stated to be disguised as a cameraman to get inside Claus’ company building, but it didn’t exactly tell me how I take out Claus. I discovered that the camera sitting beside Claus had an interaction option of placing a remote bomb, which, unfortunately, was an item I didn’t possess at that time. It was simply nice that Io Interactive made this episode interestingly good that you get to discover a lot of “Intel” while exploring the vicinity of the Morocco Plaza, and encourages you to explore the location for the things you need to kill your targets.

Disguises in this episode are pretty balanced, and also challenging to acquire especially the clothes to get into the school vicinity. Ironically, your other target, General Reza Zaydan, is roaming around the school building with naïve guards whom you can simply fool even if you’re in a military officer disguise. I still find it amusing how the soldiers can’t really distinguish their high-ranking officer’s face, but can easily get suspicious if you wear a standard military soldier disguise. 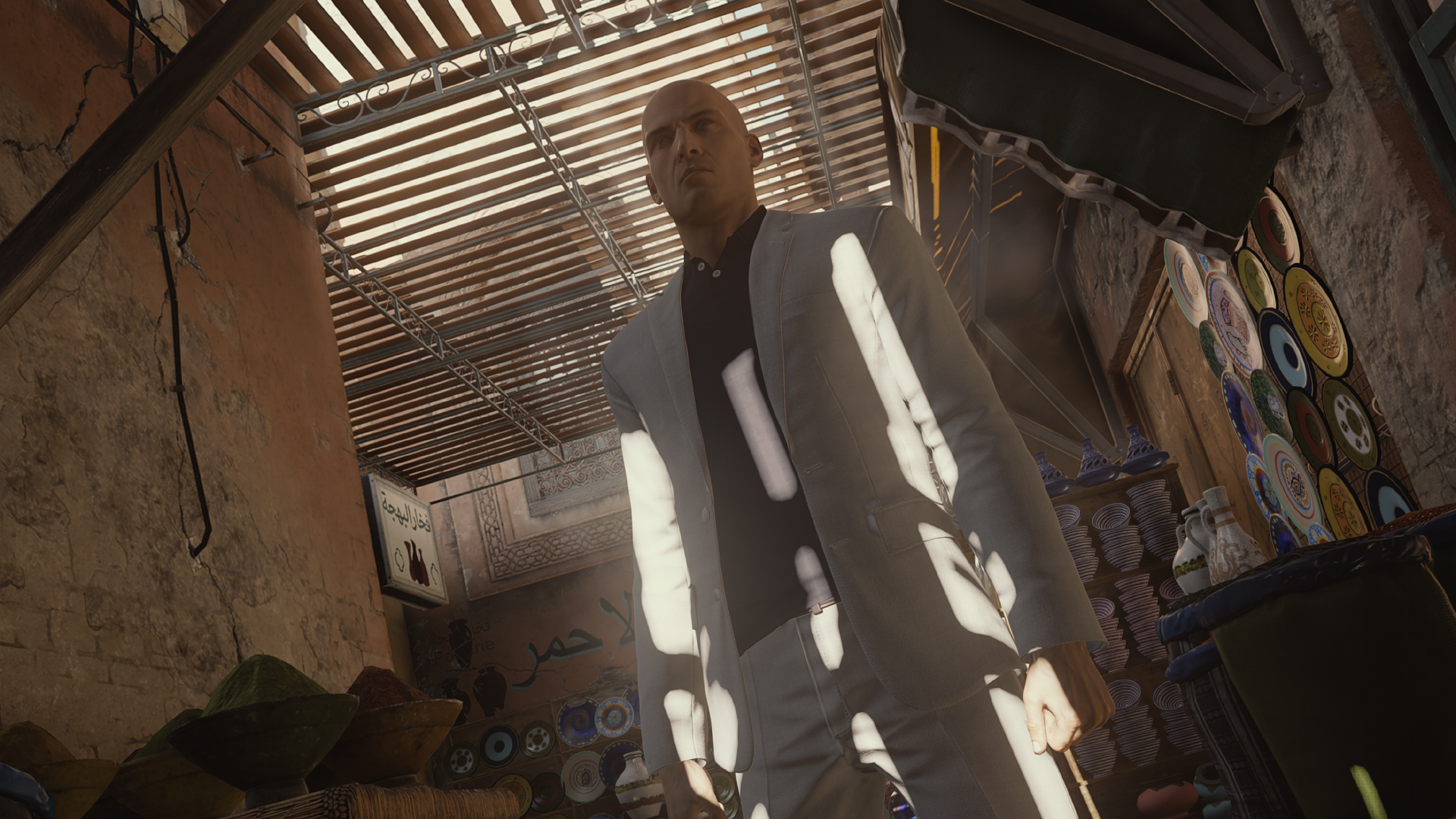 Disappointingly, the game didn’t offer much of a new style in gameplay in this episode. There are similar challenges on how you take out your targets, and only a few new “challenges” were featured in Marrakesh which makes it repetitive and lacks new features. Hitman – Episode 3: Marrakesh might be an episode not worthy to remember for others who were impressed with Paris and Sapienza.