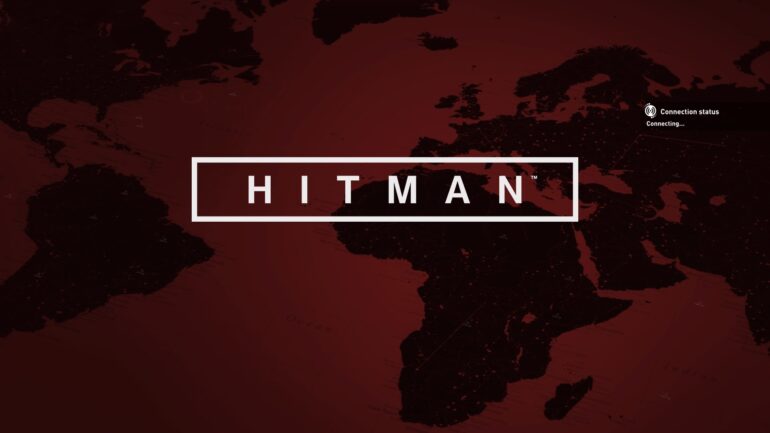 Every game gives you different kinds of emotions. It can be happy, sad, angry, or afraid. Hitman gives that mixed emotional feelings of anxiety to kill, excitement of accomplishing the task, and the fear of getting caught. As a world-class assassin in the world of Hitman, a perfect kill and escaping the premise creates a successful achievement at the end of every mission. Io Interactive continued to develop the franchise’s sequels and it’s wonderful that they still are.

Hitman is an episodic stealth-action and assassin simulation game developed by Io Interactive and published by Square Enix.

The game starts roughly 20 years ago after the world’s ultimate assassin escaped from the asylum where our main character was experimented on which was featured in the first game, Hitman: Codename 47. You get to meet your International Contract Agency (ICA) informant in every mission, same person you have in the past Hitman games, Diana Burnwood. Then it proceeds to the Prologue missions where Agent 47 is observed by one the ICA’s council members, Soders, to see how he well does in every assassination. 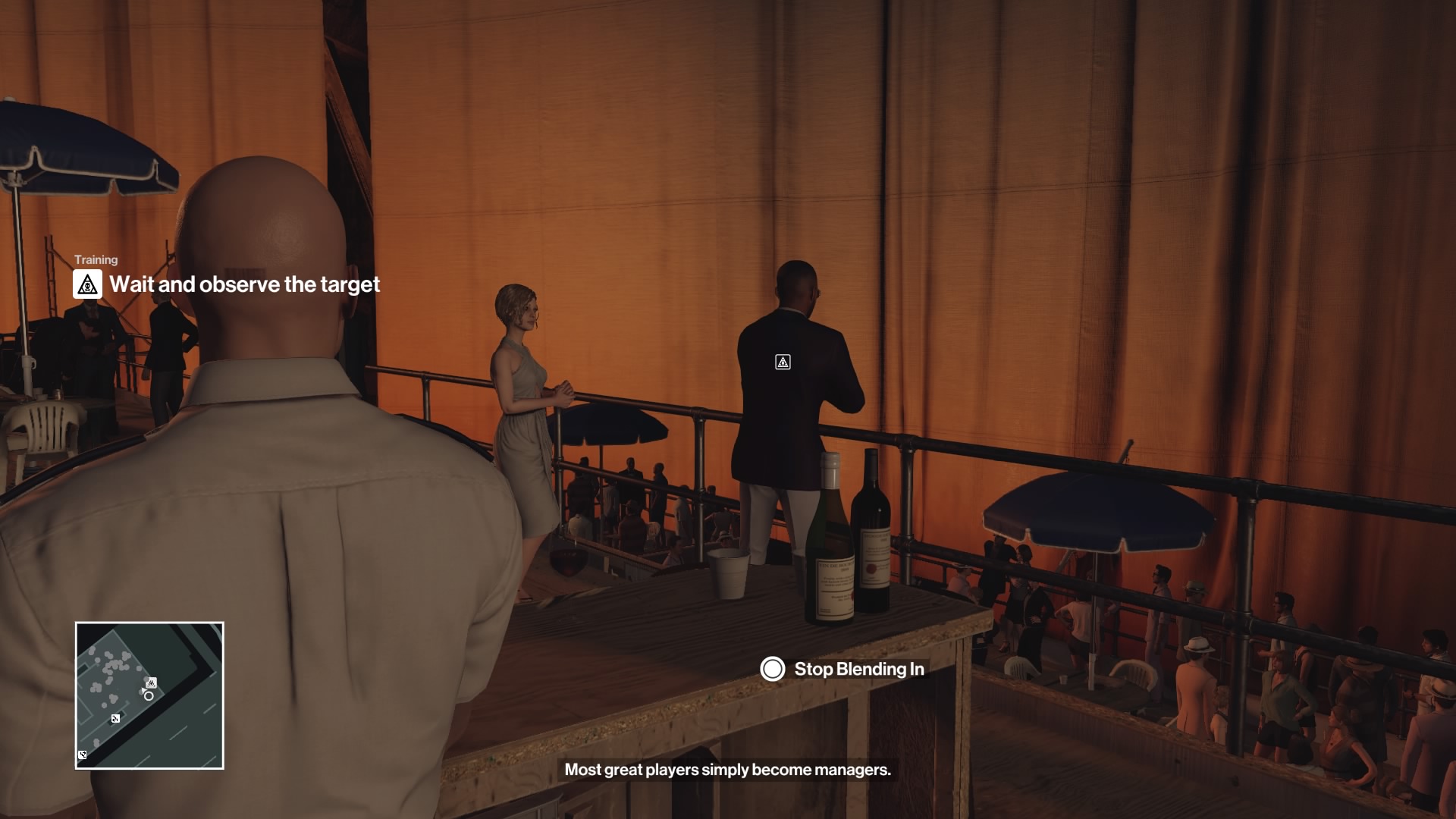 There are three locations in the game. It begins with the ICA Training in a simulated environment in Sydney, Australia to take out the master thief for hire, Kalvin Ritter. Players have to follow the basics of the game like disguising, do covers behind objects and walls, and to use Instinct. I personally love how the game featured “instinct mode” in the new installment Hitman where it is freely used; unlike in Hitman: Absolution, you have to gain Instinct points from silent take-downs or other ways just for the player to use it. The second location is at an airfield located in Cuba where you have to take down the famous chess player, Jasper Knight, which is also the final test for Agent 47. Both of these locations are where some of the historic ICA missions took place before the Initiate, Agent 47, became one of their executor.

After the two training locations, Paris is next on the list of your destinations. This is where the player embarks on the first official mission as Agent 47. It’s a big map, it’s in one humongous mansion full of visitors, technical crew members, kitchen staff, make-up artists, guards, and most importantly your targets. The level simply starts with Agent 47 walking inside the gate of the beautiful mansion flooding with media and guests. It’s amazing how most of the things we can do in-game can really be interactive with the NPCs. A funny example of this is when you run or walk across a camera man and the reporter will complain that you ruined their moment of shooting a perfect take – “…can you believe that guy?”. There are lot to explore in this location, a lot of opportunities, and a lot of ways to kill. Yes, “a lot” is my word. 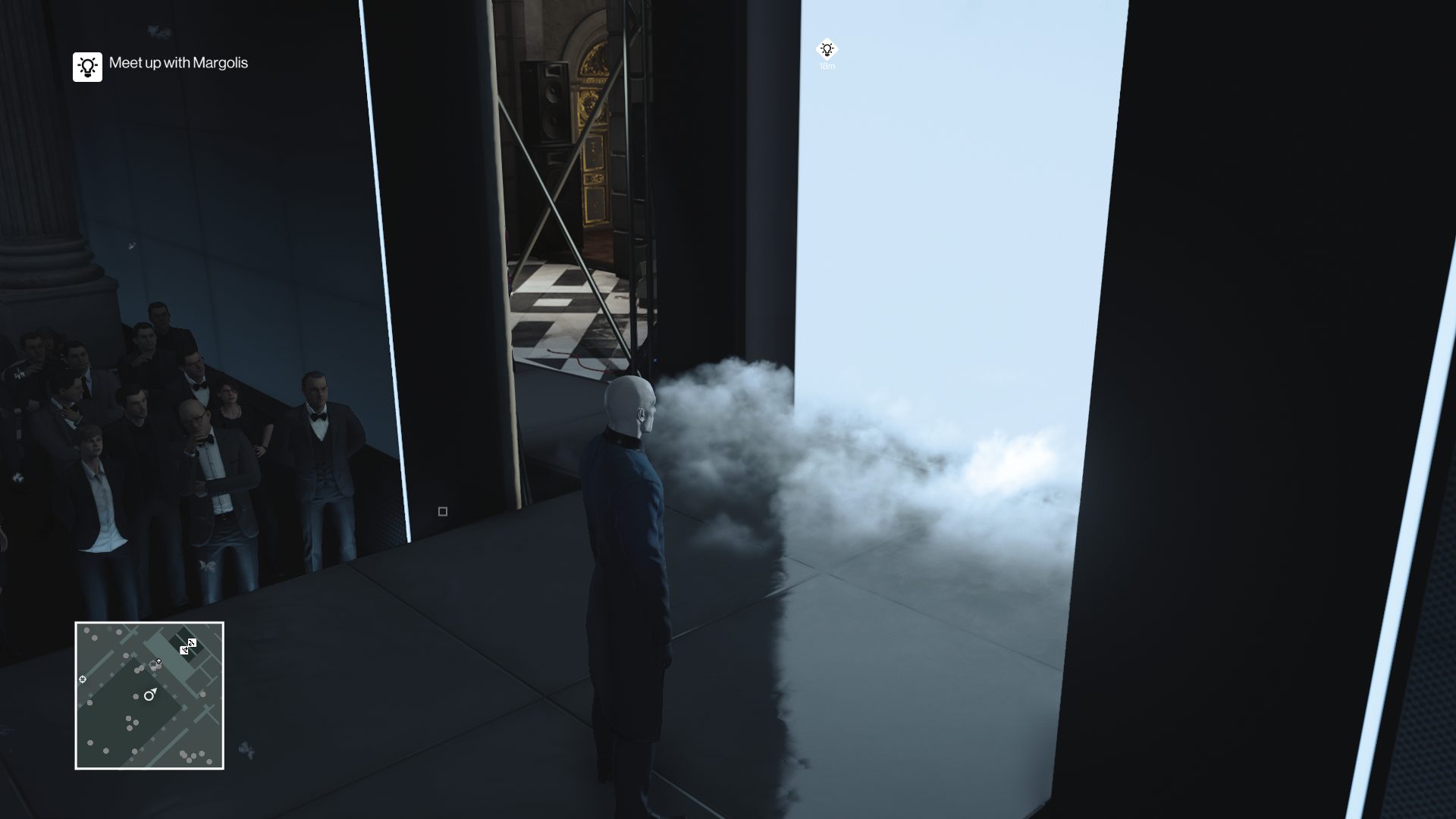 Possibilities are endless in any given situation in this new installment. Hitman relies more on being in disguise unlike the previous titles. One disguise can only go through certain areas of the map and you’ll have to be more mindful of the surroundings to know which disguise you need to get before proceeding. There was a time in the game where I didn’t expect that Agent 47 would be checked by one of the guards for weapons and I never hid my pistol on any of the crates.

Unlike the previous installments, Io Interactive’s Hitman was revolutionized into a much better gameplay experience where you can do additional challenges, other than following the story of the world’s ultimate assassin in a narrative way. It gives the players a chance to just be an ultimate assassin. Being a mercenary or an assassin is always based on “Contracts” by your clients. This time, Io Interactive has integrated that experience into making the story to be a part of a different perspective of the gameplay for those who wants to follow the plot. The Contracts Mode allows players to play the created assassination contracts by other people in the Hitman community. This was featured in Hitman Absolution, making it an additional feature in the new installment. 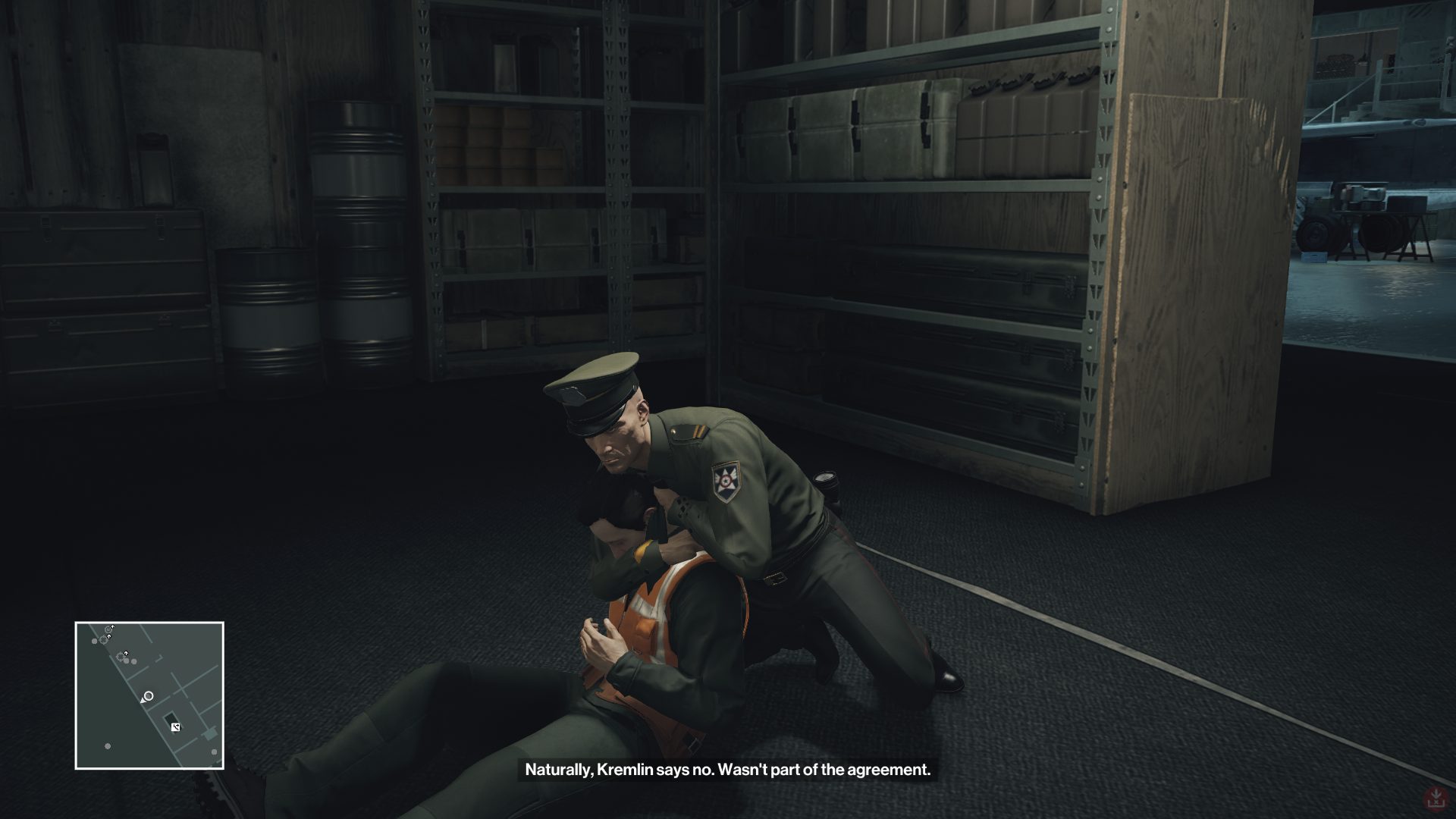 A brand new game mode, called Escalations, is where players have to play through a number of levels in one particular location. In each level, additional challenges or conditions are given to the player to complete the mission. If the player was unsuccessful in meeting the conditions, then it’s game over. Another feature of the game that I also love is “Opportunity”. Opportunity is not a mode but it’s a feature that help players throughout the mission with difficult obstacles, killing your targets with an accident, or to lead you to any opening for a kill. This feature can also be turned off if you want to make the experience challenging. This will make players listen to conversations more often and explore all possibilities in the location before doing a kill. And there’s this mode called Elusive Targets but it’s not yet available until Io Interactive and Square will update the game.

Aside from the innovating gameplay experience, graphically the game has improved. Every little detail like the light glaring, road details, facial expressions, shadows, and how smooth the whole environment is, are what makes the game eye-catchy for first time players to the Hitman franchise. What disappoints me is the cinematic of the game where it gets pixelated and becomes 30FPS. It would have been better if it was an in-game cinematic throughout Hitman to make it more consistent. There are frame drops when the camera slides through to the gate in the Paris episode at the beginning. Pixelated reflections on mirrors in the area where makeup artists gather to do their work too. But putting that aside, the dialogue of the game is far better this time around; a lot of conversations from NPCs and some of them are also worth taking notes for because of information that can help you throughout the mission. 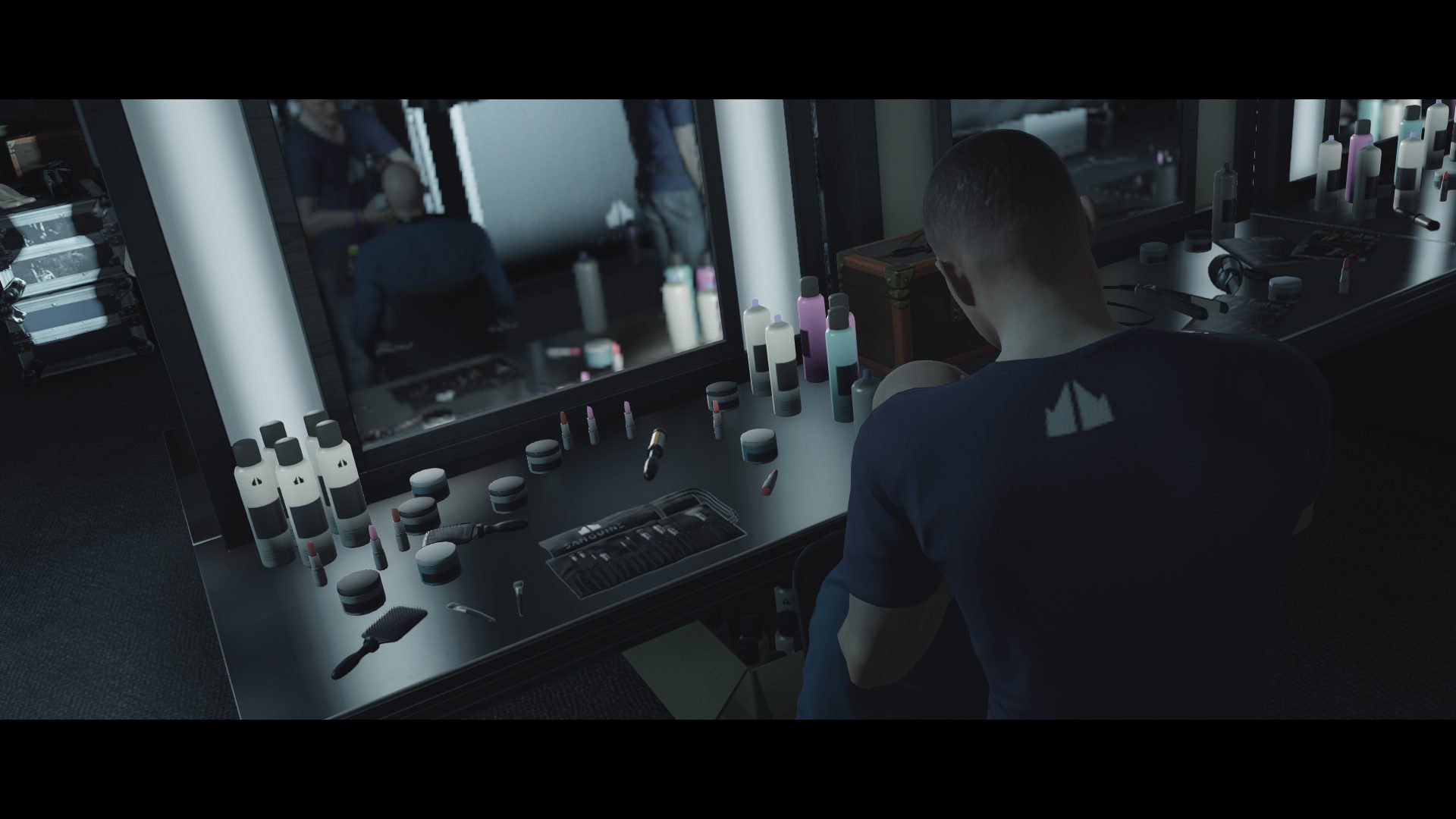 Since Hitman is a digital-only game until all the episode gets released for a physical copy, there are really serious server issues at launch. What makes it more difficult for players to play is that when they play in a mission when they get disconnected from the servers, players get booted to the main menu. Even in offline mode, you can’t load where the game auto-saved. It’s a big setback to the game to have most of the features like Challenges and Contracts to be online-only. But if I were to think as an Io Interactive developer, it’s “good to stay connected online in this modern age to experience the full gameplay of Hitman”, but then again, it’s better if a game should be playable at 80% of its content in offline mode and not the other way around.

Overall, the Hitman reboot is something I expected for a stealth game. The franchise reboot installment went to a path of letting players experience what an ultimate assassin should be, it didn’t disappoint, but with all the server issues plus the 90% to be always-online overthrows the long-term experience of what Io Interactive wants to give to its players. Until the servers are fixed and stable, it’s the first impression that makes the game worth buying.

It’s hard to give a verdict yet of this game until I am able to cover all episodes and its upcoming feature/modes from updates. I will give the game a final score when all of its content are released. Scores will be updated per episode as of now. For Graphics, Gameplay, Sounds, and Replay Value these will be included after the full experience is released.

This review is based on the press copy provided by Square Enix and Io Interactive.

The final verdict will be based on the average score of all episodes.