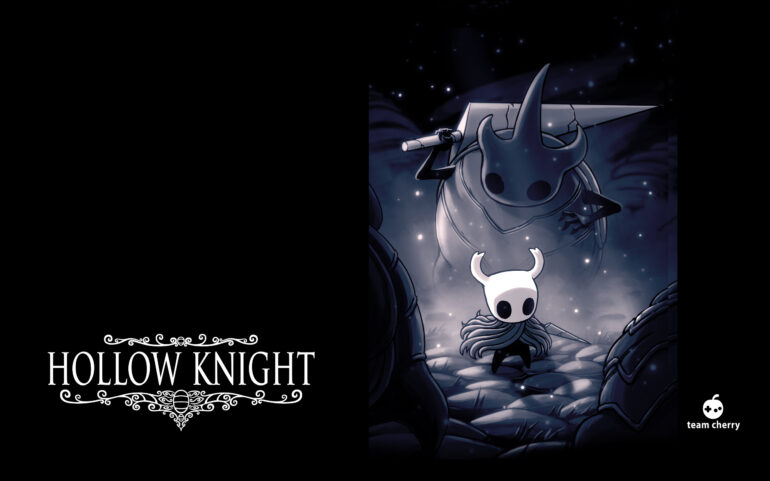 A masked hero with nothing but a nail as his weapon. A world that is draped in dark shadows and melancholy. Hollow Knight is an interesting game that combines the fast paced movements of Ori and the Blind Forest and the punishing consequences of Dark Souls. It’s a game wrapped in mystery and intrigue that draws you in for what promises an enjoyable yet punishing game. I went into this game expecting something that I thought it would be but I got an experience that was memorable, perplexing and exciting. 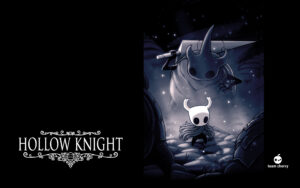 The game drew me in with its trailer. Its 2D platforming action style is reminiscent of stellar games that I’ve played recently. It got me interested and so I went into this game thinking that this would be fun and enjoyable. Boy, was I completely wrong. Yes, it was enjoyable but there were elements of the game that I didn’t expect which made this game challenging but satisfying. There were also times that the game got me feeling frustrated and annoyed. Hollow Knight has a simple mechanic of fighting enemies and collecting souls that you can use either against your enemies as an offensive spell or for yourself to heal. You are also able to collect money in a form they call Geo that you can use to purchase upgrades and passive skills to have a fighting chance against your enemies.

These skills are acquired through buying charms. The charms are trinkets of varying designs each with its own passive ability. It can be anything from being able to shield from enemies while healing or making your weapon have a long reach so you don’t have to be in your enemies’ face while fighting them. You have a limited charm slot to equip these charms so you will have to figure out which charms to bring and which charms to leave behind. You can either go for the offensive and equip charms that help you fight the enemies or go defensive and equip charms that protect you and makes you heal faster. This is a very cool feature and it allows for different kinds of playstyle that makes your gameplay unique from everyone else. 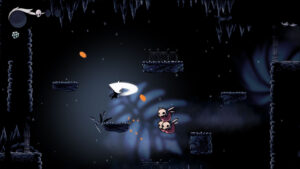 There’s a limitation to where you can equip the charms though and this is through the benches that is scattered all throughout the game. These benches also serve as a save point in where you respawn should you die in the game. The bench also fully heals your character so finding that next bench could be the one thing that can save you from that enemy that was chasing you. One of the benches in stationed in a town where it gets populated along the way as you find each shopkeeper to fill the ghost town. You can purchase upgrades to your health, to your soul vessel or mana pool or even some pins that are used to mark key points on your map. Other benches are also near stations where a stag beetle is located. This stag beetle will transport you to other stag stations that you will find throughout the game that serve as waypoints to each area for easy access to each location.

The soul vessel or the mana pool is what you need to cast certain spells that you learn. You can also use this to heal yourself should you find yourself out of health. You can replenish your supply of souls by hitting enemies and sometimes when the enemy hits you if you get to pick up the charm with the accompanying passive skill. I need to put emphasis on how important it is not to die in this game because if you do die, you leave behind all the Geo that you have picked up along the way. And the way to get it back is to fight the dark soul that you leave behind when you die. So you must be thinking, so what? Big deal. I will just go get back my Geo from my dark soul. But what if you left behind a big amount of money and the last bench you spawned from is far? You will have to get through some very difficult obstacles before you get there and you die just before reaching it. Well, you’re in big trouble if that’s the case because then you will spawn a different dark soul and that means you have lost your money for good. 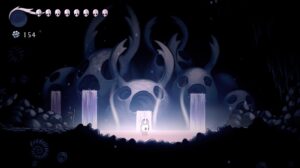 I find the Geo a very important commodity here. Like I said, you use it to purchase certain things like Charms and Pins but you also need Geo to purchase maps of each area. Hollow Knight is a big game, and when I mean “big”, that’s in terms of the area that you can explore. There are about 14 areas to explore in this game which means that you will have to purchase the map for each area if you are hoping not to get lost in it. The game is an open-dungeon kind of world where you are free to go wherever you want regardless of which part of the story you are in; but some areas are not accessible due to the limitations of your abilities that you will gradually gain throughout the game. You can also use your Geo to upgrade your weapon or expand your charm slot so you can equip more charms.

The game’s story can be a bit confusing because you really don’t know what your character’s purpose is to begin with. The game does give you a lot of dialogue to read to help you understand along the way but I still find it confusing because I feel like the story doesn’t make sense. Maybe the game doesn’t really want you to focus on the story and if that’s the case that’s fine with me. But I am someone who is invested in a game’s story as much as its gameplay so it made me feel a little lost in that department. Even then, the game actually provides multiple endings depending on how much you have progressed in the game. So that 100% completion could be very beneficial if you want to get that more satisfying ending. 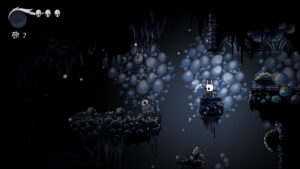 The game is very gorgeous and the art style is comparable to that of Ori and the Blind Forest. It’s like playing a cartoon in high-resolution detail. I think though that the game should have had an option for you to set the resolution of the game. Unfortunately, the game only has one resolution setting so the performance of the game sometimes suffers. This is evident in some areas of the game where the FPS drops so badly due to the high demand of processing that the game requires. It doesn’t matter if you have the latest graphics driver or whatever but it lags for everyone all the same. It’s a good thing that the developers noticed this right away and released a patch for it or this game would have been met by a lot of disappointed people who just wants to enjoy the game. You will also find that the game stutters when you get hit by enemies. There’s a certain animation that accompanies being hit by enemies that sometimes it feels like the game freezes but it’s apparently normal. It’s not really game breaking as the one I have mentioned before but it can be annoying at times.

I really love the soundtrack of the game. It really fits the mood and overall theme of the game. Boss fights are accompanied by adrenaline-inducing music that it can really excite you and give you that rush and feel of the moment. I really applaud the sound department for this as they did a good job in providing music that suits the game very well. I would recommend getting the soundtrack if you have the extra money to shell out.

Overall, I truly enjoyed the experience this game has brought me. It has given me just the right amount of challenge and yet it’s also not letting you get off easy. The game even has a hardcore mode if you want an even more challenging experience as this mode offers permanent death. This game is not a walk in the park but once you get over the obstacles it gives you, what you get is a game that makes you feel accomplished and makes you yearn for more of that experience.