For Honor To Get Dedicated Servers 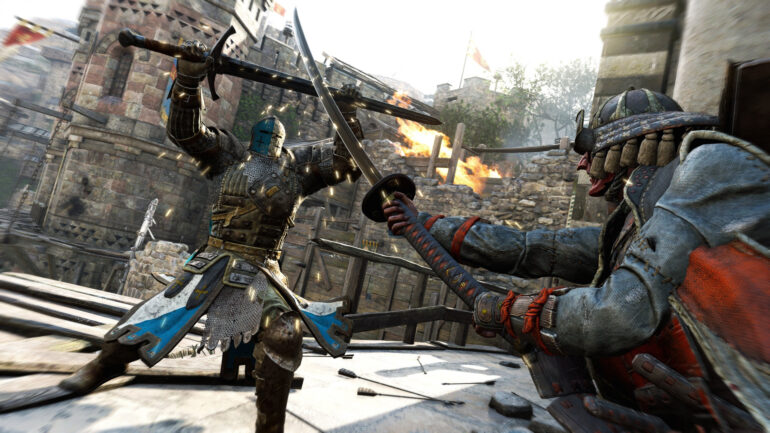 Today, Ubisoft® announced the For Honor®development schedule which details a steady rollout of new content releases and improvements to the overall game experience for the rest of the calendar year and leading into 2018. The schedule is headlined by two seasons launching in 2017, alongside plans to introduce dedicated servers further down the road.  In addition to major releases, For Honor will continue to evolve through regular gameplay updates which take into account community feedback.

These upcoming changes build on over five months of post-launch support, which includes multiple updates, enhancing player experiences and new content launches. This support will continue through the development schedule as For Honor receives updates on gameplay features, balance, performance and network stability.

“Since launch, our team has worked diligently to identify and correct issues that were not apparent with our testing and live phases,” said Roman Campos-Oriola, Creative Director of For Honor. “The For Honor roadmap is how we plan to build a stronger game through elements like dedicated servers. We are committed to our players and look to offer long-term support for the game.”

Developed by Ubisoft Montreal in collaboration with other Ubisoft studios,* For Honor offers an engaging campaign and thrilling multiplayer modes. Players embody warriors of the three Great Factions – the bold Knights, the brutal Vikings and the deadly Samurai – fighting to the death on intense and believable melee battlefields. The Art of Battle, the game’s innovative combat system that puts players in total control of their warriors, allows them to utilise the unique skills and combat style of each hero to vanquish all enemies who stand in their way.

Editor’s Note: We reviewed For Honor on the PS4. David gave the game an 8.5 / 10 stating that “For Honor is a unique multiplayer experience that brings the art of intimate combat mixed in with the fan faction of your favorite warriors clashing to the death.”