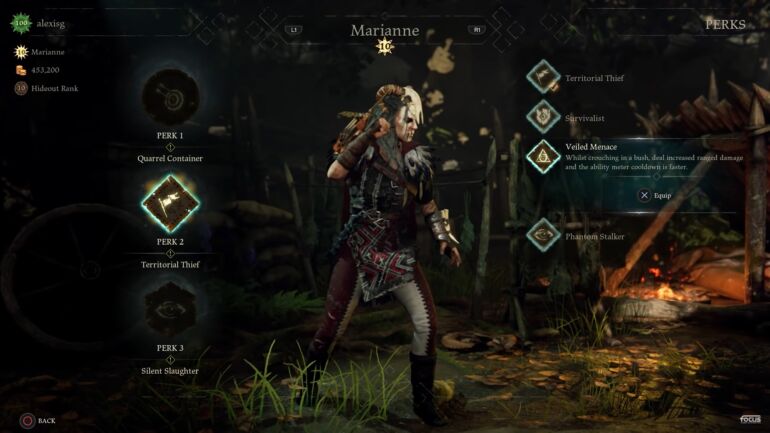 The latest gameplay trailer focuses on another playable class in the game, The Hunter. She is an elusive and mysterious character. She uses quick takedowns, invisibility magic, and smoke grenades for infiltration and assassination. The main weapon she uses is a modified arm-mounted crossbow that can load up to three bolts at once to fire a deadly burst. She becomes a lethal threat at close and mid-range.

The Hunter has an ultimate ability called the Shroud. This covers her with a near-invisible sheen, which she can use to go undetected by the guards. This is her ultimate advantage in infiltration that lets her get to targets like treasure vaults easily or assassinating enemies with deadly accuracy. She can support her fellow outlaws with smoke grenades to prevent enemies from tagging them or cover sightlines for tactical advantage.