Hooked on You Dead By Daylight Dating Sim Announced 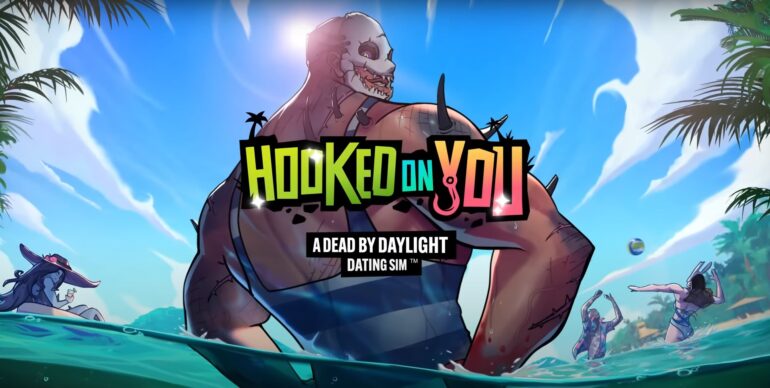 Behaviour Interactive made a surprising announcement, a new game called Hooked on You, a Dead by Daylight spin-off.

This was a rumored spin-off game, but some fans just brushed this off as some April fool’s joke. Behaviour was not fooling around and made the said joke into a real game. Hooked on You just got announced on the sixth anniversary livestream of Dead by Daylight. This will be launched sometime later this summer 2022.

This will be just like any other dating simulators, an interactive visual novel. Players can flirt and date four iconic killers in the DBD game, which are The Trapper, The Huntress, The Wraith, and The Spirit. They have a different look and drawn in anime style.

“You wanted it? You got it! Hooked on You: A Dead by Daylight Dating Sim mixes horror, humour and romance to create a fresh way for fans to interact and create an emotional bond with their favourite Killers,” says Mathieu Côté, head of partnerships for Dead by Daylight.

“Our goal with our first visual novel is to provide fans with a completely unique and surprising new way to experience the world of Dead by Daylight.”

The studio is collaborating with famous developer Psyop who made visual novel I Love You, Colonel Sanders! A Finger Lickin’ Good Dating Simulator.

Hooked on You launches on PC via Steam in summer 2022. It is possibly coming to consoles in the future.