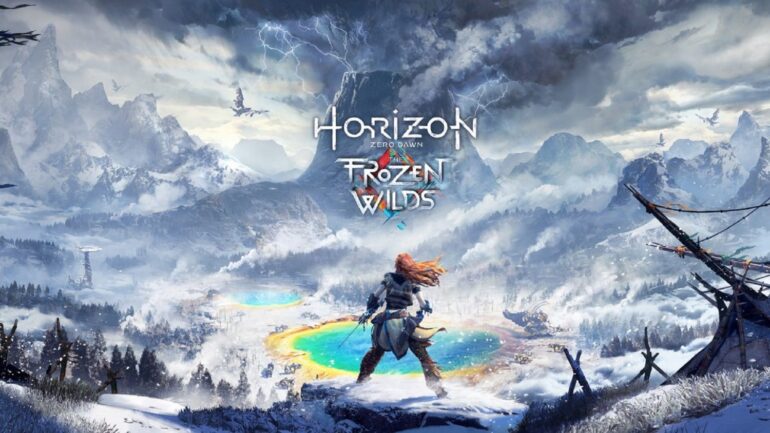 Guerrilla Games’ Horizon: Zero Dawn‘s newest DLC, The Frozen Wild, has been met with excitement and hype when it was announced at E3 2017.

GamesRadar analyzed the E3 trailer that Sony showed at their E3 press conference. The location is said to be Ban-Ur, the nomadic homeland of the Banuk which is located in the north of the Sacred Lands and Sundom.

Ban-Ur has been mentioned multiple times in the game and it’s yet to be explored by Aloy, hopefully in this latest DLC. The artwork that was released for the expansion also shows similarities of the Yellowstone National Park which is known for its wildlife and environment.

The publication believes that Aloy will face an all-new beast bear machine that has some mix of a gorilla as its physical feature.

“One thing we can be 100% certain about is that this robot has never been seen before. It has broad shoulders on a short body, a bulky belly, and a relatively small head that looks to be split in the middle like Horizon’s Scrapper robot. Sure, it would be pleasantly fitting for it to be a bear seeing as Yellowstone is full of the fluffy, teethy predators. Native American lore also says Devils Tower was created by a bear clawing up its side, so it would make sense.

The wide, heavy belly that hangs below the shoulders, and the way the robot moves by simultaneously pushing off its hind legs makes it looks suspiciously like a gorilla. The reaching digits on its left hand as it lands in the snow also look like fingers rather than paws, which would fit the idea of an ape. Either way, there’s a glint of blue on its black (rather than green, which is typically the colour of blaze) so whatever the giant mechanised creature is, it’s probably got a frosty attack that uses the sparkling azure chillwater.”

We can assure that with the success of Horizon: Zero Dawn, The Frozen Wild will possibly get the same reception.