How long to beat LEGO Star Wars The Skywalker Saga 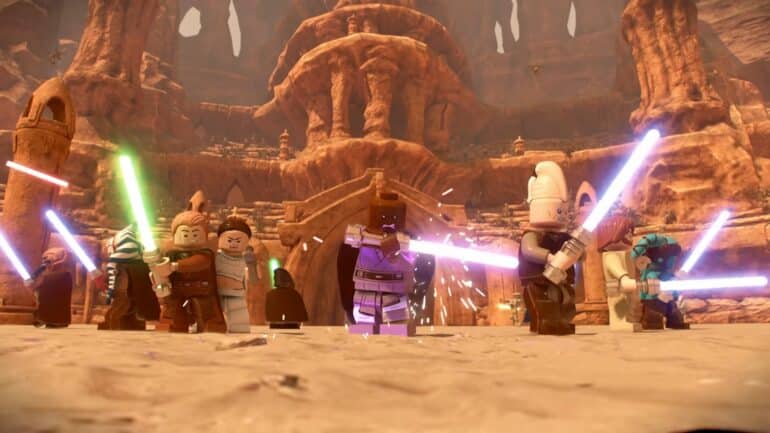 LEGO Star Wars: The Skywalker Saga allows you to experience all nine of the main Star Wars films, which make up the three most well-known trilogy plot lines. If you want to spend as much time as you like investigating, you could easily spend two or more hours playing through each of the episodes.

How many levels are in LEGO Star Wars the Skywalker Saga?

To put it simply, there are 45 levels in the LEGO Star Wars: The Skywalker Saga. The nine movie adaptations in the game are separated into five levels, all taking place in a hub environment that may be revisited to acquire additional characters and collectibles for each of them.

Every level is filled with a variety of collectibles, nostalgic main missions, and unique side missions that have never been seen before in the Star Wars films. Many Star Wars enthusiasts may ask how long it would take them to complete this new LEGO Star Wars game with so many things to do and see.

How long to beat LEGO Star Wars The Skywalker Saga?

The Skywalker Saga’s length will be largely determined by how much exploration and collection you want to undertake. It will take you about 15-20 hours to play the entire nine-episode series. You’ll need a lot more time to unlock all the characters, cars, trinkets, and more if you finish the main story.

Additionally, it will be about 30-40 hours of gameplay if you include all the extras while rushing through the main missions. This depends on how quickly you solve puzzles, unlock all of the characters, and hunt for collectibles.

How long will it take to 100% LEGO Star Wars The Skywalker Saga?

A “Completionist” 100% playthrough of LEGO Star Wars: The Skywalker Saga will be roughly about 65-90 Hours of gameplay, as playing the main campaign, doing all the side missions, getting all the collectibles and unlocking all the characters will add dozens of hours to your total time investment.

Due to its overall structure, the game requires you to move from one center region to another. You can spend a lot of time in these locations, or you can just focus on completing the main missions.

The amount of time you’ll spend in a galaxy far, far away will depend on your talent and experience with LEGO games, but these estimates are a decent starting point. If you want to have a good time with your pals or your younger gaming cohorts, this is one of the meatiest LEGO games available.