I Am Bread – Review 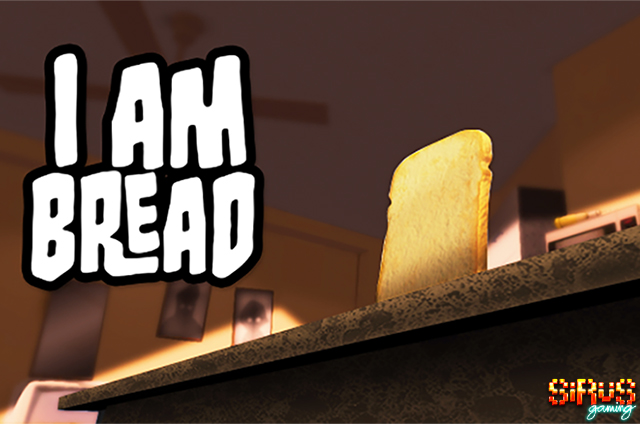 From the same people that brought you the equally frustrating game of Surgeon Simulator comes this action adventure game about a slice of bread and its journey of becoming a perfect piece of toast. I Am Bread is a bread simulator which lets players control a moving slice of bread through a room in order to find a toaster to be toasted on. Because yes, this slice of bread right here isn’t just loafin’ around.

The objective of the game is pretty simple; move away from your loafed one, find a toaster, become toast. The controls, dough, not so much. Similar to another horribly frustrating game called QWOP, movement is excruciatingly difficult since the slice of bread cannot walk, it can only nudge to a certain direction but it can grab hold on a surface and fling itself in order to flip to one side and gain distance. It can also traverse vertical obstacles using the same method like it’s some sort of a spy in a Mission Impossible movie.

In I Am Bread, nobody is out to hunt you down nor any time constraints unless you’re gunning for the side objectives. What makes things more challenging is that you have an edibility to keep mindful of because who would want to eat a slice of bread that has touched the floor and had gone past the 5-second rule? Edibility goes down every time the slice of bread makes contact with the floor. So the game can be pretty much summed up like a game of “the floor is lava” but instead you are a slice of bread with limited locomotion and you actually want to be toasted. Also, you can only keep your grip for so long before the gauge goes down and you lose your grip. Breads get tired too, y’know?

There are also several other modes of gameplay including a bagel race, going through a zero-gavity environment, being an angry baguette and smashing things, and being a paralyzed goat and smashing things. I’m not sure why either, but why not? And if you’re feeling to ramp up the challenge, you can always try to achieve all the side objectives in a level.

Overall, I Am Bread is a fun and truly challenging game if you don’t mind the amount of frustration it brings. Simple yet it can definitely give out hours of gameplay, depending on how much it would take before you reach your ragequit threshold. I Am Bread is highly recommended for anyone to give it a try, especially those gaming masochists who are into these kinds of will-crumblingly hard games.

I Am Bread is a simple yet effectively frustrating game. It’s stupidly amusing and definitely for gamers who are into these seeming impossible to beat games.

I Am Bread is available on Steam, PS4, and on the iOS.