I Expect You To Die 2: The Spy and the Liar Launching Next Month 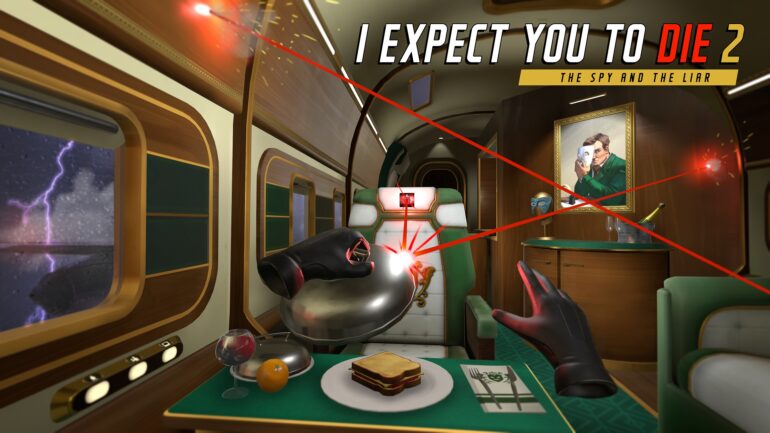 Game company Schell Games has recently announced that VR escape-the-room puzzle game I Expect You To Die 2: The Spy and the Liar coming next month.

The award winning VR game will be launched on August 24, 2021 on SteamVR, Oculus Quest, Oculus Rift, and PlayStation VR headsets. It will be priced at $24.99 across all stores at launch. There will be a 10 percent discount for those who will pre-order the game.

A new mixed-reality trailer was also revealed that teases the puzzles and twisty story players in the game.

I Expect You To Die 2 picks up right after the end of the first game and takes players on a journey through six brand new missions. The world of espionage is full of ingenious puzzles, cunning villains, and dangerous locales. Players will need to think creatively to survive and reach the explosive ending of the game’s thrilling story.

• Unmasking The Spy And The Liar – Six unique missions give players a complete elite spy experience. The game also includes speed run and souvenir card systems to put a player’s skill and cunning through the ultimate test.
• A Mission’s Worth 1000 Words – A central storyline following the Zoraxis quest for world domination expands the lore of the I Expect You To Die universe.
• Get Your Head in the Game – An immersive environment lets players explore a variety of locations and surroundings, including a 360° intro sequence and theme song that propels players into a world of espionage.

I Expect You To Die 2: The Spy and the Liar launches next month on multiple VR headsets.