I Have A Phone: A Mobile Gamer’s Lukewarm Take On Diablo Immortal 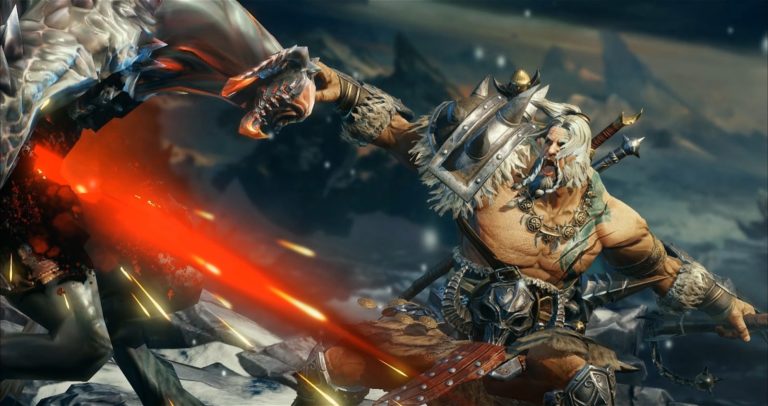 When Wyatt Cheng says that mobile is the future of gaming, he’s not kidding – millions if not billions of people play mobile games every day. I’m one of those people, and I primarily use my phone as a gaming machine, between the three or so mobile games that I actively play and maybe six or so others that vary between Japanese mobage and mindless number-matching grid games that happened to catch my eye when browsing the app store.

I have a relatively short attention span, spend more money than I ought to on the gacha in Fate Grand Order, and prefer having autoplay on some of my games just because the grind in them takes too much time. In short, I’m one of those dolphin players that gets their credit card out when I’m frustrated or when I really, really want that fancy new character.

I am not the primary market of the Diablo games, or ARPGs in general. ARPGs take time, patience, dedication and skill, as well as a fair degree of physical dexterity. Mobile games also take time, patience, dedication and skill, but the most physical dexterity I have had to exercise was while playing Pokemon Go on multiple devices in the middle of a raid. Diablo Immortal is unlikely to be as difficult, as challenging, or as time-consuming as the other games in the franchise, which is great news for someone like me that doesn’t have enough energy at the end of a day of work to actually play anything more skill intensive than Flappy Bird. This much was evidenced at the Q&A panels at Blizzcon where the devs more or less confirmed that the more difficult game modes would not be present despite their promises of having something for everyone.

To some extent, the outrage over Diablo Immortals is gatekeeping. That’s just it, plain and simple. There is no reason why a Diablo game shouldn’t be on mobile in this day and age – but my favorable reception to the concept of a Diablo game is due to my familiarity with the asian mobile games market. Well-loved asian competitive MMOs such as Ragnarok and Dragon Nest are on mobile. Games that did well on browser several years ago are on mobile, like Touken Ranbu and Granblue Fantasy – a title responsible for shaping some notable gacha laws in Japan. Fate Grand Order and Fire Emblem Heroes are properties that made the transition from “core” consoles and PC to mobile. Chinese games that build on the successes of the aforementioned games, such as Azur Lane and Girls Frontline, combine elements of strategy and time management, to wild degrees of success. All of these are asian products aimed at an asian market, and are not developed by companies that think that incentivizing microtransactions is best achieved by strangling the player’s young eleven-year old character for several hours.

Porting over a successful and recognizable intellectual property to mobile and throwing a gacha in there somewhere is a reasonable and well-informed financial decision. This is something that Activision knows pretty well – and I say Activision because there’s about as much Blizzard in Diablo Immortal as there is quality control in Fallout 76 –  because it was Activision that threw lootboxes into Overwatch and started the gambling disease embedded in every current triple-A title requiring an internet connection for play.

All that said, it would be a disservice to label the outrage as simply gatekeeping and immaturity – and absolute disrespect to the Diablo name to simply say “eh it’ll work as a mobile game”. The culture surrounding Diablo games is vastly different from that enjoying gacha games, and it was an insult to everyone that bought a Blizzcon ticket to end the announcement show with a mobile game. It shows how out of touch Blizzard is with their audience – not that they weren’t out of touch to begin with, with lackluster updates for Battle for Azeroth and back-breaking balance changes in Overwatch.

Everyone from journalists to Youtubers is comparing the fiasco to EA’s treatment of Command and Conquer and Bethesda’s breakout mobile game Fallout Shelter, but neither company ENDED the show by hyping up a possible new installment to a hungry audience and then dropping a mobile game that said audience will probably play while dropping loads in the toilet. Anyone in that audience who had so much as an ounce of enthusiasm for the title would have been silenced by the sheer thrum of disappointment and frustration in that hall.

I love my gacha-ridden mobile games as much as the next v̶i̶c̶t̶i̶m̶ gamer. They’re perfect for me since I get to support a company that provides me with a meaningful play experience that I can shape around my personal time. But that doesn’t mean that the art of the mobile game should be elevated to that of the genre-defining, industry-shaping magic that Blizzard is capable of. Blizzard changes the playing field of games with each product they churn out. Starcraft formed the foundation of modern esports. Warcraft 3’s legacy is still felt even today in WoW, and the game gave birth to the MOBA genre with the popular DOTA mod. World of Warcraft defined online gaming for generations of players. Diablo 2 is a masterclass in ARPG design, Hearthstone paved the way for digital card games to come, and Overwatch shows that people can love even a crappy game if the game has enough waifus and the cinematics are done just right. (Seriously though, Overwatch is cool, it just loses luster after two weeks because you come for the characters and they expect you to stay for the competition. At least WoW has bees.) For all we know, Blizzard can work its magic even through the microtransactions, even through the accusations of Diablo Immortal being a reskin, even through the itty bitty mobile screens that people are going to emulate on Nox.