I Want To Be Human – Review 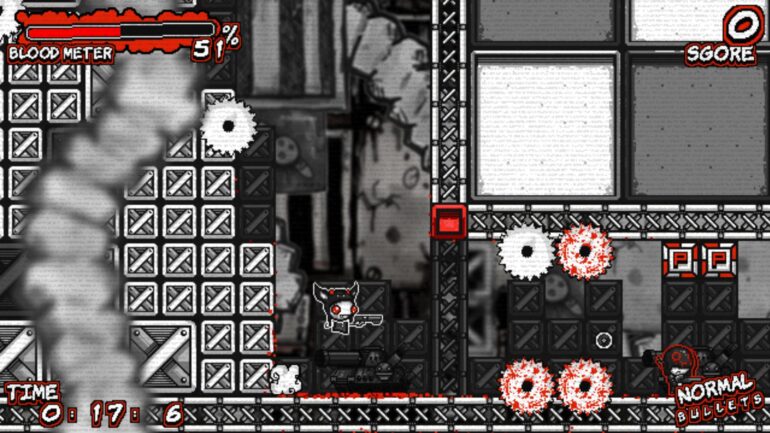 I Want to be Human‘s gameplay sort of reminds me of Megaman X5 (yes, X5, since it was the first Megaman game I’ve ever played), due to its wall-sliding and wall-kicking mechanics. It’s a 2D shooter platformer developed by Sinclair Strange and published by Rising Star Games. It’s really a straightforward game, from the controls, to story, to the environment, and art-style. The game was a tad bit underwhelming, but a fun (sort of) way of passing the time (which mainly depends on your taste in games).

The game is about the story of a boy, who meets ‘Vampire Girl’ (yup, that’s her name). The boy eventually falls in love with Vampire Girl then gets turned into… a ‘hat’ by an evil corporation that’s apparently trying to take over the world, therefore leading Vampire Girl on a murder spree with her shotgun while wearing the boy (as a hat) while killing them – yup, that’s the story of the game right there. 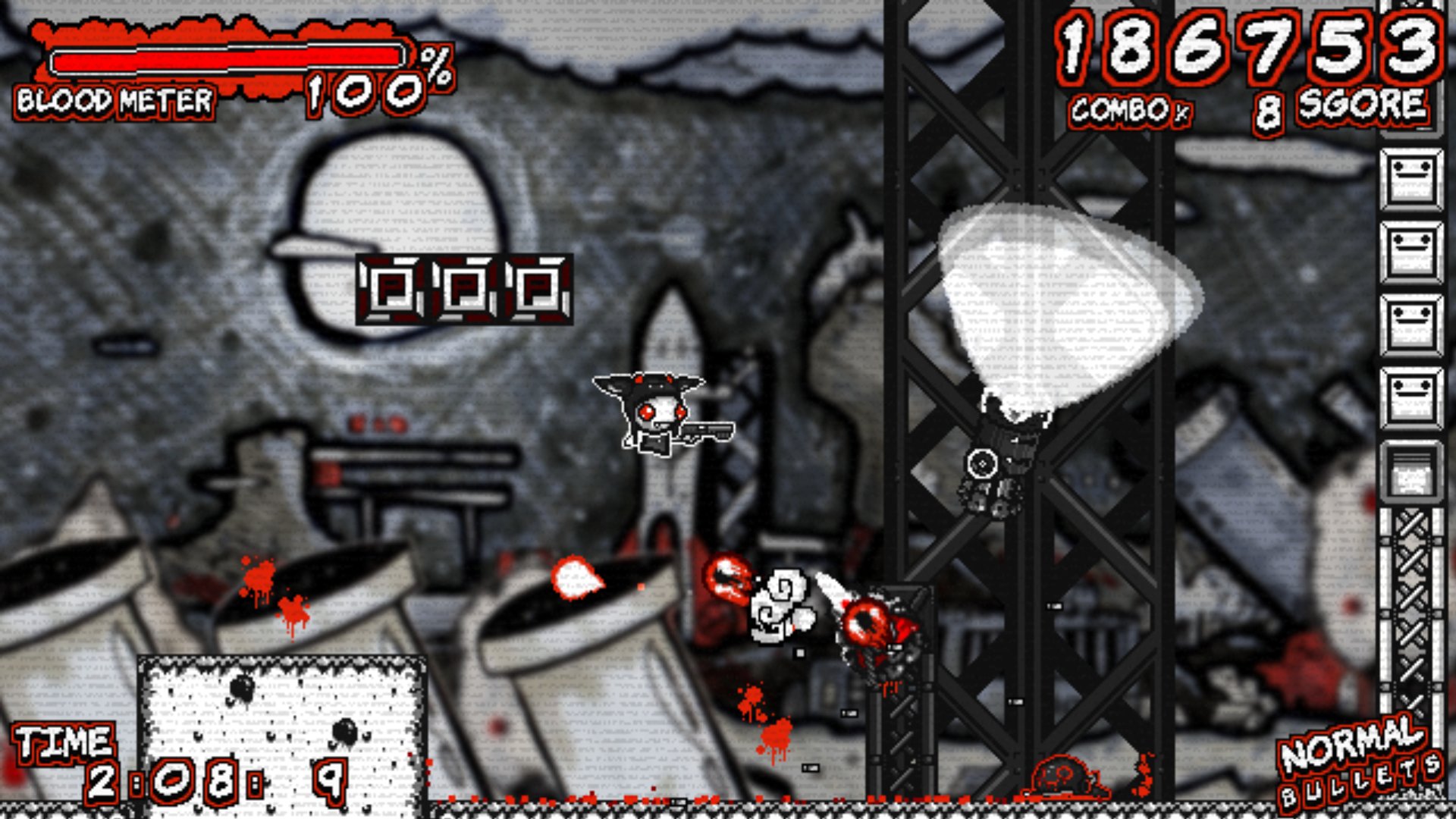 Now, let’s talk about the game’s controls. The controls are pretty basic: you choose between using the WASD buttons, or the arrow keys for the movement, and the spacebar or the up key for jumping. The game doesn’t have a tutorial, but it seems reasonable since it’s pretty easy to navigate in this game. The mouse is used for aiming your shotgun, left mouse button for shooting it, and right mouse button for ‘dashing’ (this also reminds me of Megaman X5, since Zero dashes like how Vampire Girl does). Also, if you try to choose between WASD or the arrow keys (if you try to switch the controls from one to the other), it doesn’t apply the settings you’ve made.

I wanted to go with the WASD + spacebar key combination for easier use, but it doesn’t really change the settings on how you want to play the game. The aiming is okay, but what sucks is that the shotgun has a specific range, making it rather difficult for you to kill the enemies easier (even if it’s the easier ones to kill), ultimately making you do some ‘flashy’ moves to kill off even the simplest of enemies. You can double jump by double-pressing the jump key, and the wall-sliding and wall-kicking mechanic saves you whenever you fall off a ledge, or climbing up a specific height. That’s pretty much the controls, and how the game is being played. 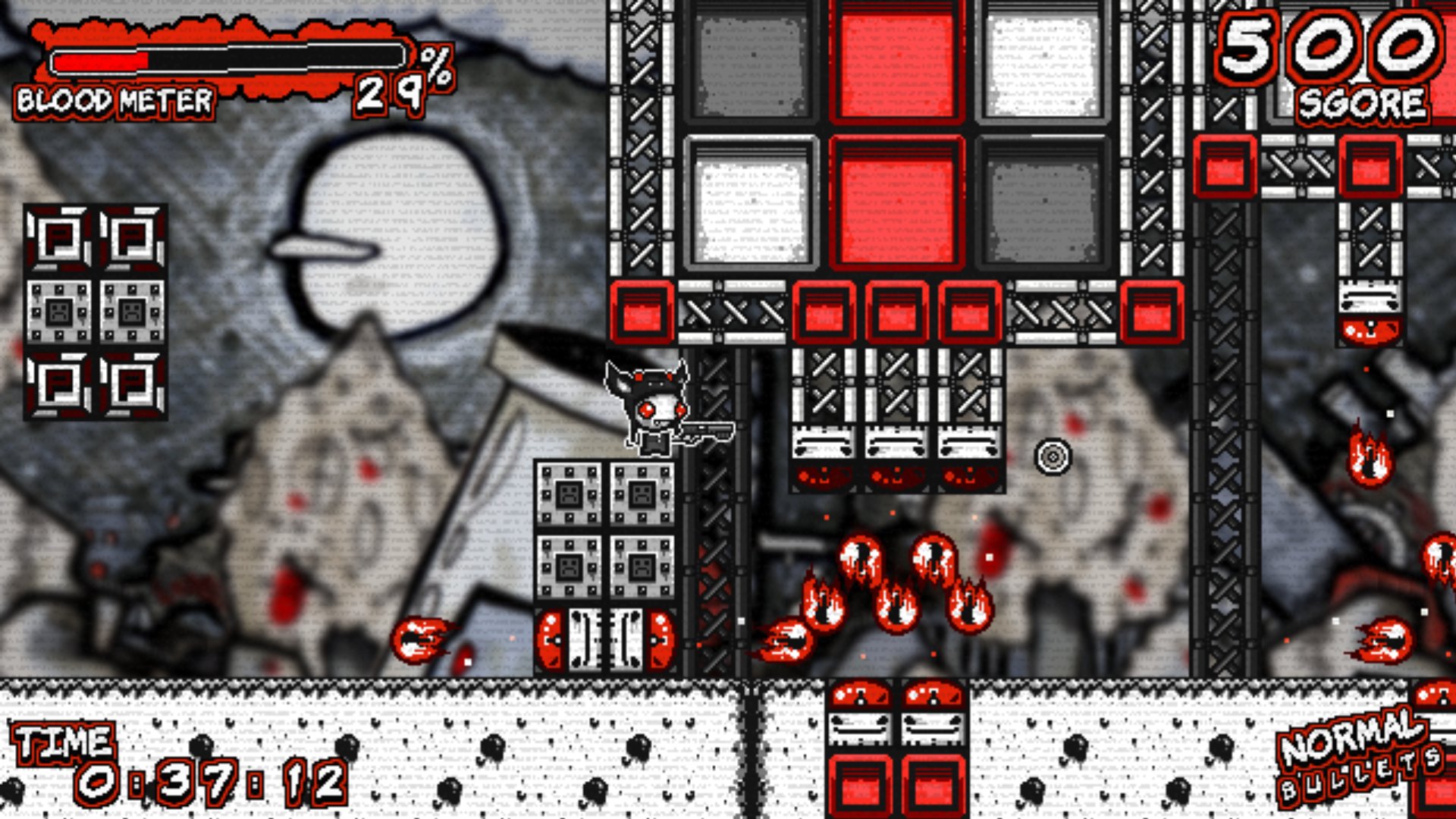 The goal of the game is simple: you have to get high scores in each world you visit in. That’s that. The story is just a plain, cliché “supernatural being falls in love with someone who has a hidden potential in them, while fighting bad guys because they turned them into something else for revenge sort of thing going on in it. The boy is supposed to be a super-weapon that the evil corporation is trying to get a hold off. I can’t really say he is, since he only gives you the ‘glide’ power (which is just the ‘dash’ power done in mid-air). Not really a strong and iconic power to give Vampire Girl, since you know, vampires have an innate ability to, I don’t know, fly? Some sort of super-weapon he is, if you’d ask me (at this point I was laughing at myself and sighing at the same time).

You also get to fight bosses, which is nice, but it still doesn’t make this game any better. The dialogue and jokes in I Want To Be Human is horrible. It’s like it’s written by a pre-pubescent guy who has just discovered how to swear and say vulgar words, straight out of the internet. Sort of like the early 21st century’s “edgy” kids. Nothing much to say in this part, really, since this is just the gist of this part. 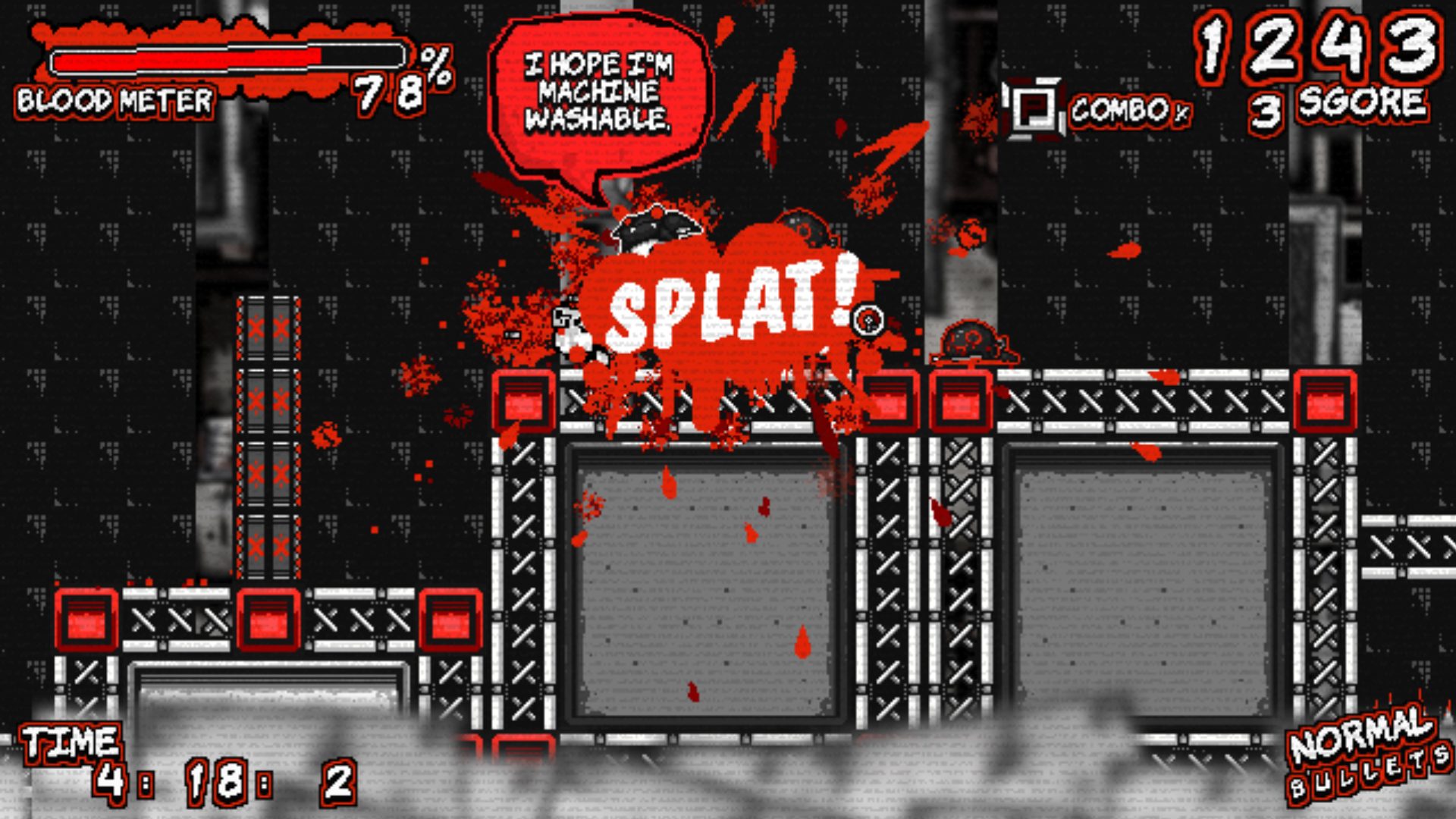 The game’s environment is pretty basic. There are only a few colors present (black, white, and red). Hurtful to the eyes at times (this game needs more green colors to help the eyes), but I guess that’s the matching color to this game’s content. The artwork is pretty much similar to the emo drawings back when I was still at junior high. Though basic, the colors remind me of that one game I used to play on Y8, which at this point I’ve already forgotten after all the games I’ve been through, is kind of nostlagic. Just the color, though, maybe the 2D shooter platforming gameplay, too.

I Want To Be Human isn’t really that good. The only fun thing about this game is how you execute your opponents with flashy moves. Other than that, I Want To Be Human is pretty much awful, not much to look into. To be brutally honest, this should’ve been posted as a free game rather than turning it into a $15 Steam entry.

This review is based on a review copy forwarded by our partner, IND13, that was provided to them by the developer/publishers.