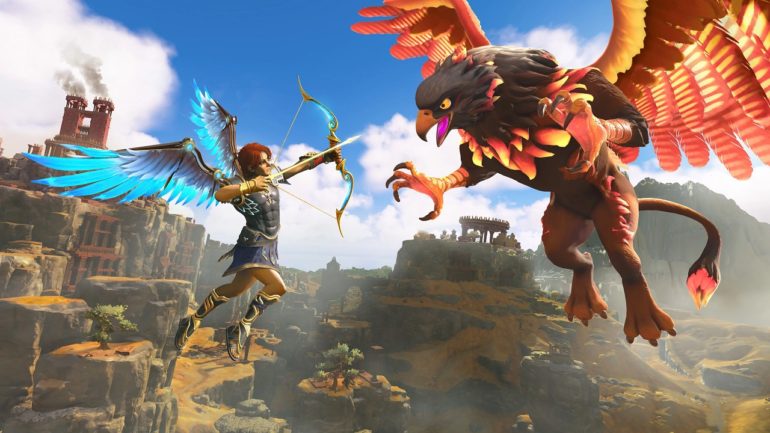 The official Steam page of Immortals Fenyx Rising is up and says the game is coming soon to the PC store platform.

Immortals Fenyx Rising is an open-world action-adventure game developed by Ubisoft Quebec. It tells a story of a hero who was sent on a mission to save the Greek gods from getting annihilated.

Way back in December 2020, it originally launched on the UPlay Store on PC. It was also available on Stadia and consoles.

After the big announcement from Ubisoft that it will be bringing their games to Valve’s PC platform, it seems more and more titles are coming. Immortals Fenyx Rising is one of them it seems after its Steam page finally got established.

On the Steam page, it was revealed that a Gold Edition will be available aside from the Standard Edition. This will include all of the content that was released so far, free and purchasable. It includes the Season Pass, 3 Narrative DLCs and 1 Bonus Quest.

The Gold Edition would be the better choice to fully enjoy the game.

Immortals Fenyx Rising is now available on PC via UPlay, Nintendo Switch, PS4, PS5 Xbox One, and Xbox Series X/S. It is coming soon on Steam.