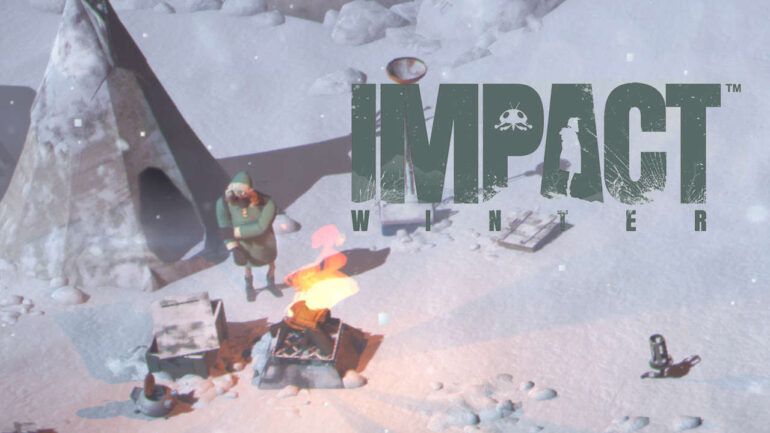 Initially when I started Impact Winter, I was pretty excited upon seeing the artwork of the main characters of the game. The digital painting style is alluring, and the screenshots of the game evoked a sense of wonder in a desolate winter land. When starting the game, the first few hours is really promising, but I believe there is a reason why Bandai Namco did not release the game on consoles for now. After all, buggy games or ports are more prevalent on the PC platform, and what we got is ultimately wasted potential on a game that caters to niche audience. 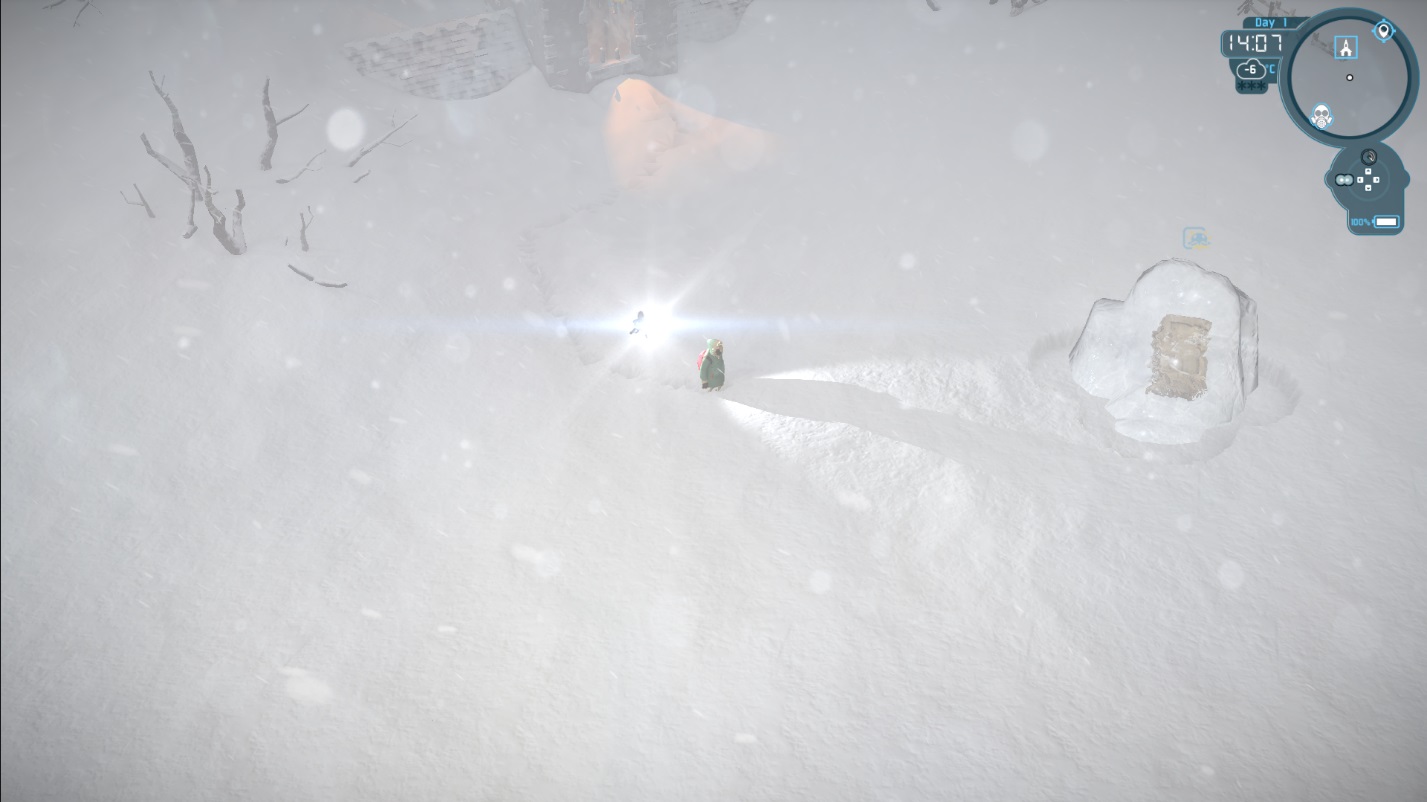 When I first booted up the game, I was greeted by a white screen slowly fading into the main menu symbolically showing the setting of the game with a complementary ambient synth theme that tapped into my inner psyche. I really like it when a game, or any piece of media has a subtle style to it. I don’t always need something to overload my senses to make its point. Sometimes, a slow build-up is enough to evoke a sense of atmosphere that hints at its storytelling methods.

Even though the game uses the notorious Unity engine, it still bolsters some great visuals that include a lighting engine that’s reminiscent of 3D animations seen on TV, like Star Wars: The Clone Wars, and Star Wars: Rebels. The dynamic shadows that are cast from various light sources also help in setting the mood especially in dim areas where the only way of finding your way around is by using a singular light source. 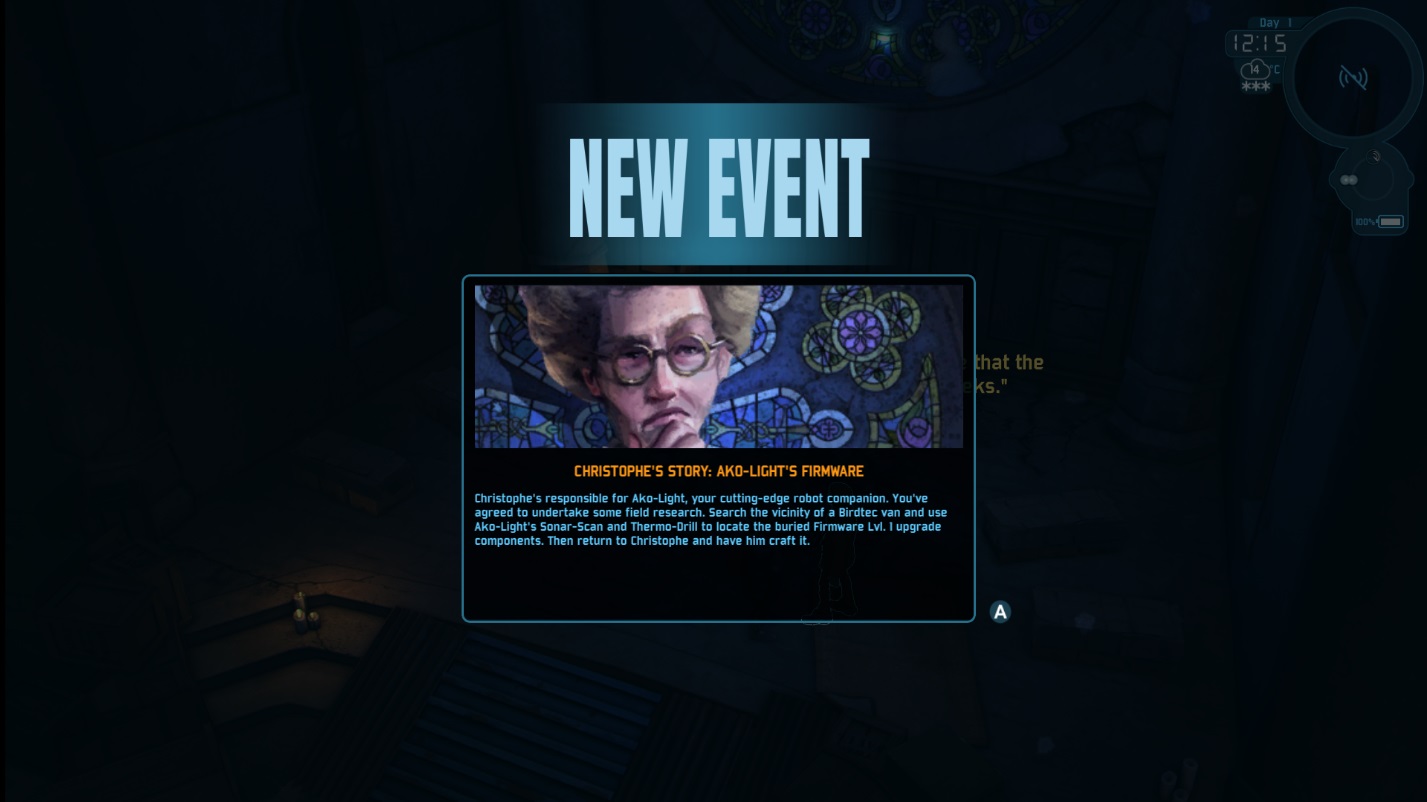 Wendy—the granny who cooks and makes you feel comfortable with her warm-heartedness, Maggie—the practical gal who’s like Christophe without the geek factor, and finally, Ako-Light—your robo-buddy who is filled with mystery and cuteness, but also acts as your base and field assistant. Yes, I am aware that Ako-Light is a pun for acolyte, and yes, their base is a church.

Despite the characters sounding like the basic videogame archetypes, and they really do at first, once you spend enough time with them, there’s enough nuance in their personalities that leave a lasting impression. It also helps that their character portraits, regardless of them being static images, show humanity in their depiction.

Impact Winter’s premise is about a world that has been hit by a massive asteroid that caused another ice age forcing the remaining survivors to adapt to its freezing environment. The setting helps establish the main objective of the game which is to wait for rescue that should arrive in 30 days. The days can be shortened, or rather sped up by doing story missions and side quests that grant you RP (Rescue Points), which in my opinion, is a bit superfluous, in the sense that the game should just end by narrative progression rather than watching an experience bar fill up, that tells you “Hey, look! The game’s plot is moving forward!”

This is all fine and dandy, but I felt that reviewing this game would be difficult not because of the bugs (I’ll get to it later), but because it’s a game with a specific demographic in mind. Others will love it, and many might hate it. The issue that casual gamers who go in blindly may experience is not knowing that the entire game is basically all fetch quests. 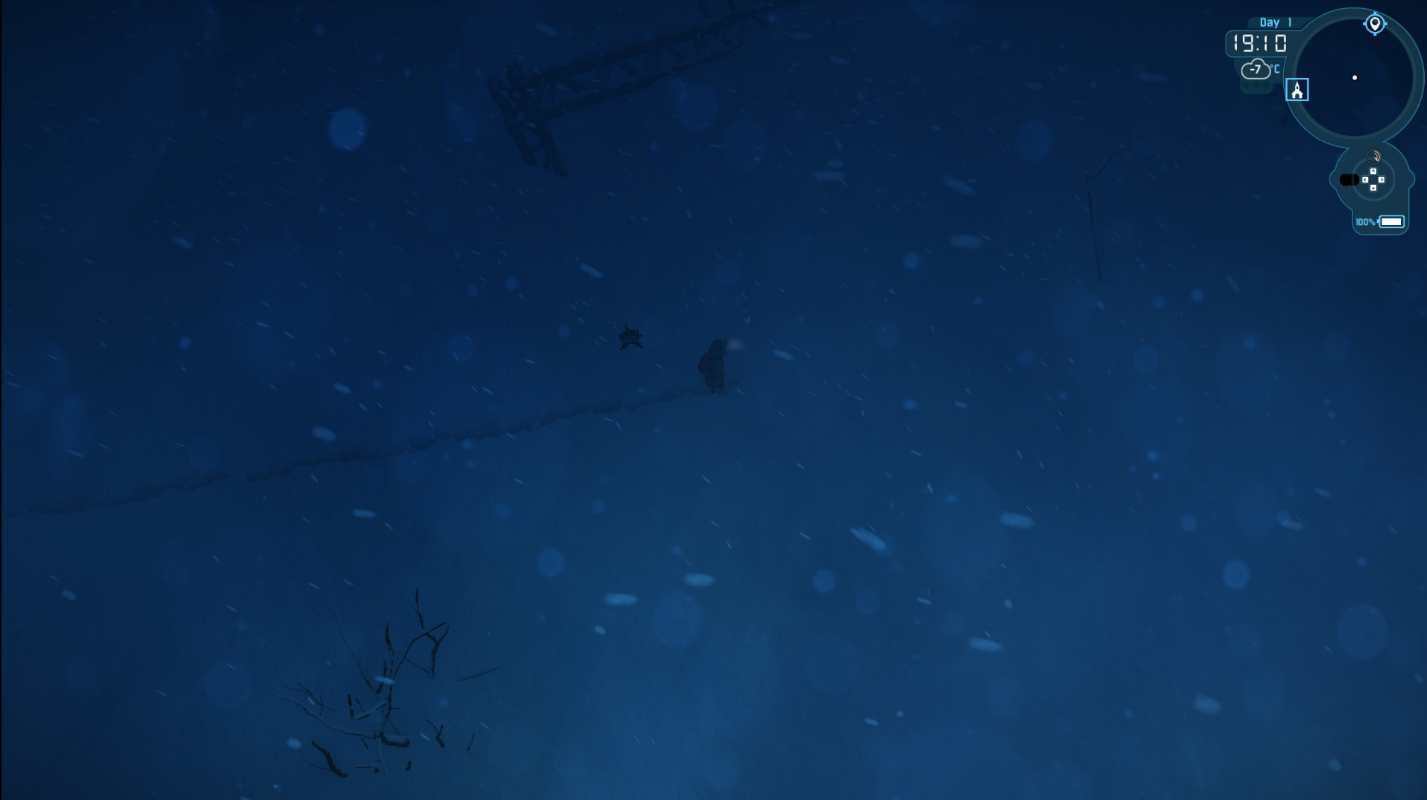 Now, structurally speaking, a lot of games that involve questing are pretty much fetch quests at its core, but they keep it interesting with other gameplay elements, such as deep combat mechanics, cinematic cutscenes, puzzles, etc. However, with Impact Winter, it’s literally walking from one place to another over and over again while staring at a white screen for as long as ten minutes at times. I’m not saying the visuals are underwhelming, but staring at same-y environment that doesn’t really change much for hours upon hours of gameplay gets visually exhausting.

One of the many main mechanics of the game includes keeping your group’s morale up, making sure they have food and water, and also gathering materials you can burn to keep everyone warm. You have to do this all the time if you want to ensure that your group survives which will lead to a good rating towards the end of the game.

There are other non-essential mechanics when playing. These are, but not limited to: campfire base building—that allows you to set camp in the middle of nowhere, allowing Ako-Light to bring items back and forth from the church while Jacob is asleep and healing, unlocking Ako-Light’s other skills to dig up items in order to complete side quests that demand even more fetching, and of course, there is combat, now you may be wondering why I mentioned that combat is non-essential mechanic.

It’s not because you can run away from a hungry pack of wolves, but because it lacks impact (hehe). The combat is serviceable when it works, otherwise the lock-on system is finicky at best. You can’t really compare it to something like Silent Hill that is infamous for its clunky combat because the developers made it intentionally clunky for the sake of making you feel helpless, while in Impact Winter, it just feels glitchy. That’s too bad because I really wanted to shoot those annoying wolves that grab on to you and stun-lock you for about 5 seconds repeatedly. It’s really infuriating whenever I have to go to an area where there are wolves. 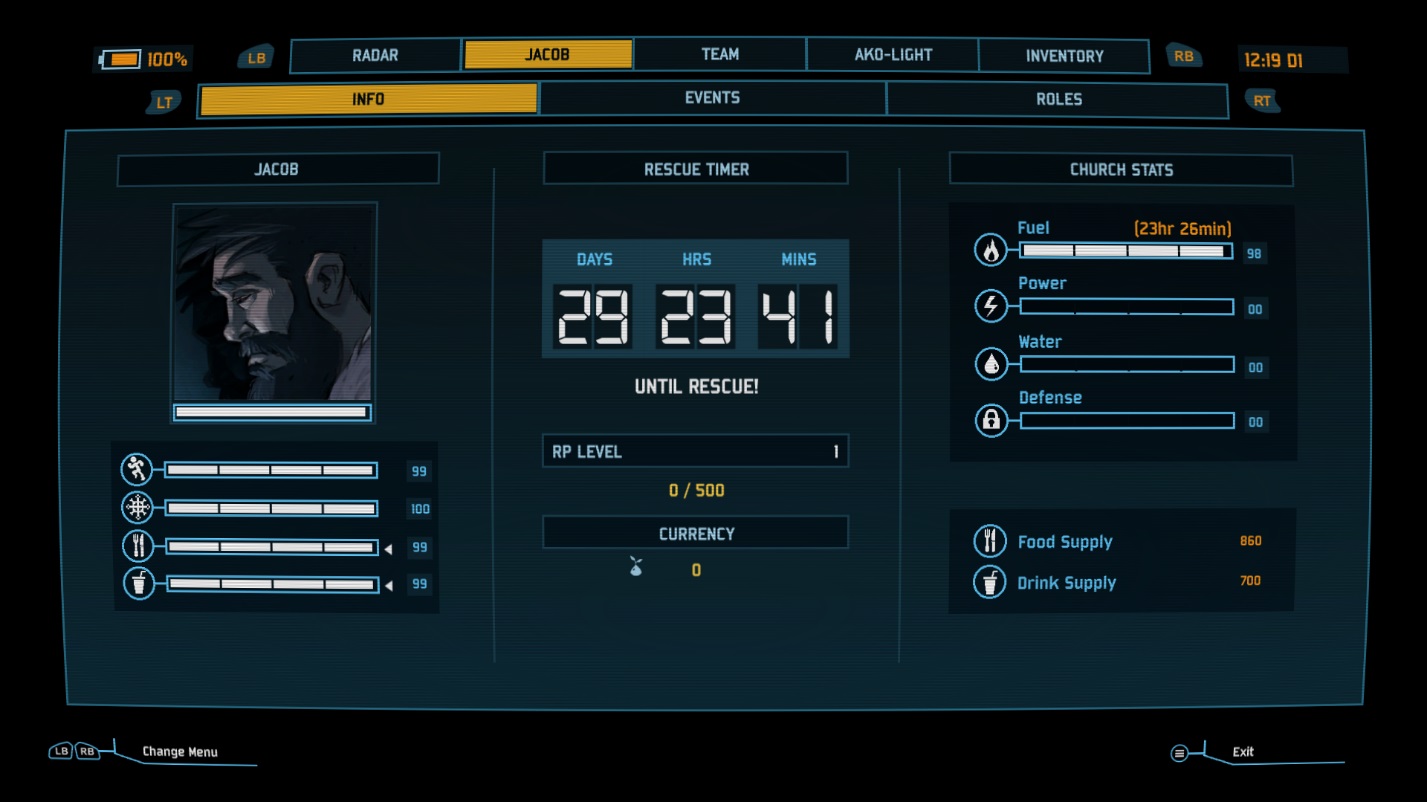 I wanted to avoid, or rather not mention much of it, but the bugs of this game really stick out like a sore thumb despite me mostly overlooking them. When I went to the download page on Steam, the overwhelming consensus is all about bugs, but I knew better than to focus on them. Still, they have to be mentioned. First off, 15 minutes into the game and already a bug occurred that prevented me from going up the stairs in one area unless I fidgeted my character around.

Another issue I had, when loading a save file, the loading screen was stuck on display even though the game has already started, going as far as overlapping with the inventory menu. Mouse and keyboard control are almost non-existent which is ironic because the game is only available on PC. The v-sync is fickle which ran the game at 200 frames causing my graphics card to heat up until I restarted the application. There’s also an embarrassing spelling error in the endgame cutscene that can easily be found using a Word document (what happened to proofreading?)

Even though the game is infested with technical issues, I was able to look past them because at times I can be a bit biased toward games that have style over substance, and to me, the game succeeds at what it tries to do, and that is its own thing, without having to pander to the masses, creating its own identity and having full conviction to its design and core gameplay elements. It’s just too bad that the game was released in this state, otherwise it could’ve been more reputable to those looking for this kind of genre. Sometimes, word of mouth can break or make a game. In all honesty though, we need games like these, the ones that just say “I’m gonna do my thing, love it or hate it.” 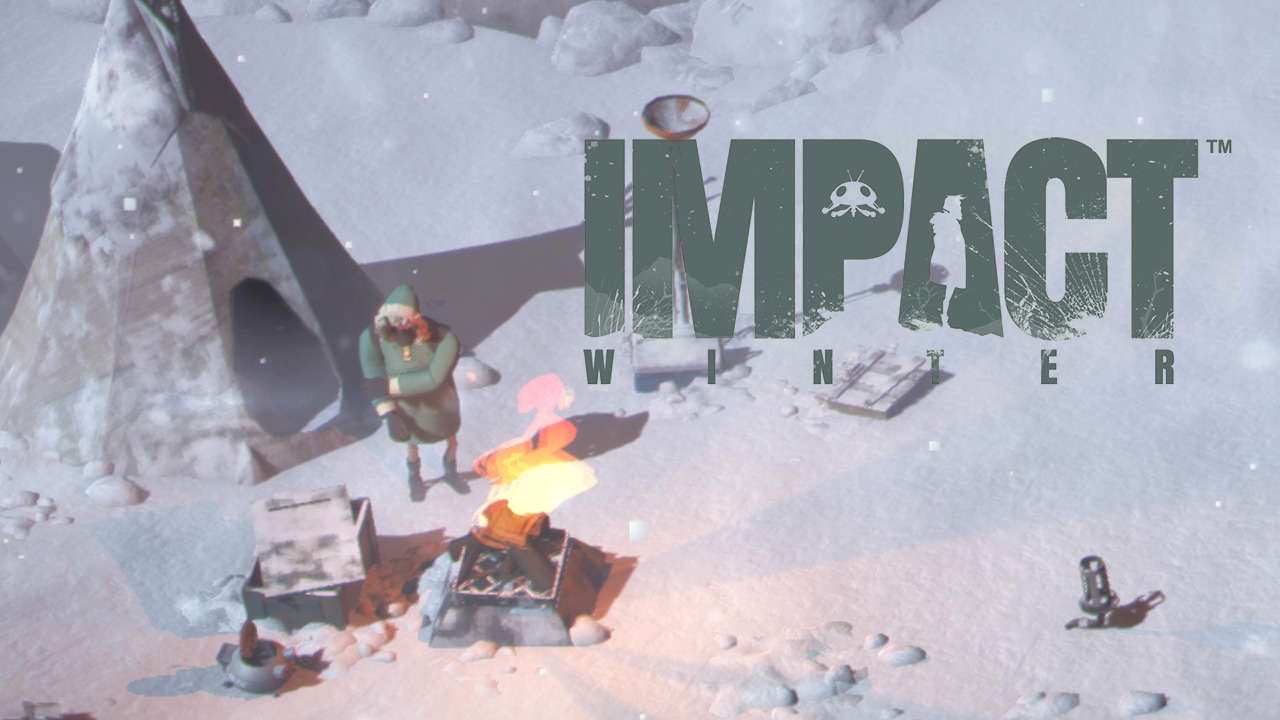 Score Definition
You better have to choose if it’s worth spending your spare cash, because it might not be the game for you and it might be for others.
Pros
Great Presentation and Art
Caters to a specific demographic
Cons
Bugs
Fetch Questing Core Gameplay
6.9
Justified