It's never too late to cancel plans... right? 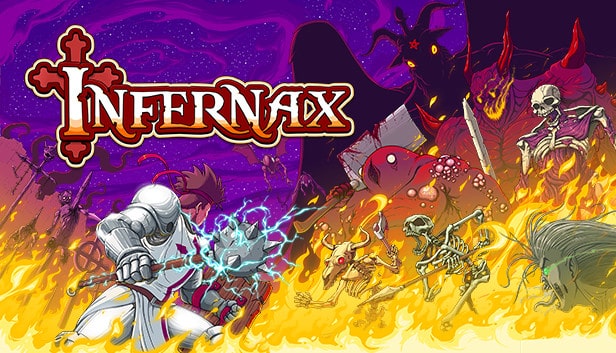 Developed by Berzerk Studio and published by The Arcade Crew, Infernax tells the story of a great knight who returns to his homeland only to find it plagued with unholy magic. Players will face all manners creatures, beasts, and dangerous terrain on their quest to find and destroy the source of the corruption that infects the land.

In an oddly bizarre set of circumstances, Infernax will launch on Valentine’s Day. The developers did not hesitate to take the opportunity and had a little bit of fun on their Steam page with the announcement, at the expense of players who might actually have plans on that date.

Being a classic-vania, players can expect Infernax to be a straight-up 2D side scrolling adventure through castles and forests. The biggest difference from other titles is the amount of player choice there is present in the game. Determine the fate of the characters you encounter. Slay them or help them, these choices will determine the course of your journey right until the ending of the game. The leveling system can be customized according to the player’s chosen playstyle.

Will you use the experience gained from slashing monster to more life, mana, or damage?

Play the game at your own pace. Keep killing monsters to build up your skills and war chest of items, or just go straight to the dungeons and tackle bosses from the get-go. If anything else, the game has A LOT of death animations for you to go through.

Infernax is set to release on PS4, Xbox One, Xbox Series X|S, Nintendo Switch, and PC (via Steam) on Valentine’s Day February 14th, 2022.