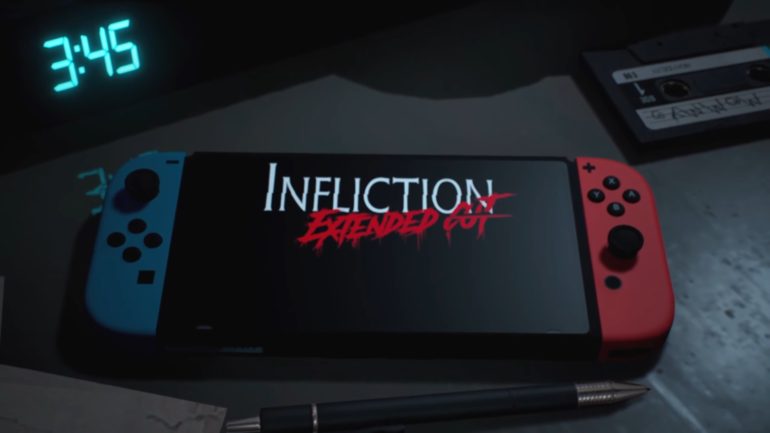 The Extended Cut of the game will build on the original PC version with new content and additional endings. Players can also try out the New Game Plus Mode, which will now have additional features like remixed scares, new puzzles, increased difficulty and other surprises.

Enter an interactive nightmare as a tormented father determined to piece together the mystery behind the tragedy that befell his young family. Investigate their haunted home while avoiding the evil spirits who have taken up residence within its walls.

Uncover hidden paths, secrets, and clues throughout the house while avoiding supernatural pursuers. Duck for cover, crawling beneath beds or hiding in closets to evade the malevolent forces attempting to drag players to hell. Summon the courage to confront these entities, manipulating light sources like camera flashes to momentarily escape their grasp.

Caustic Reality founder Clinton McCleary has this to say:

Infliction began as a way to express my fears and anxieties. I’m ecstatic horror fans can play Infliction at home or on the go when we summon the Nintendo Switch version on July 2.