Inside My Radio – Review 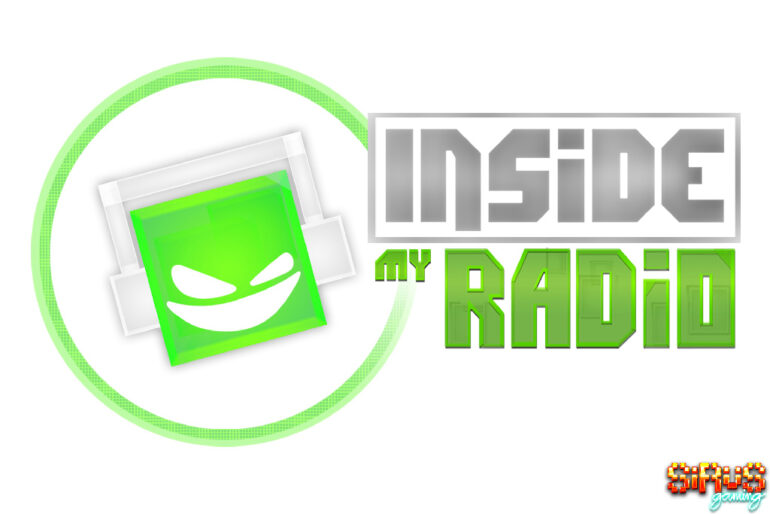 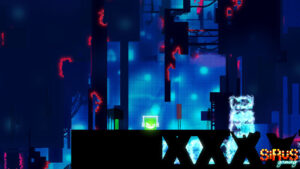 Inside My Radio is a rhythm platformer adventure game about a tiny LED that plays the role of a hero to save a dying boombox and all its inhabitants from doom. It is the brain-child of the indie developer Seaven Studio, TurboDindon, and Joachim Neuville and it won in several categories in Ludum Dare 23: Tiny World. Players get to play as our LED hero and as his other LED friends in their journey to free their beloved world from the menace that is bringing it to its destruction. The catch is that they can only do actions such as jumping and dashing in time with the world’s beat. This twist in the game’s mechanic gives out an interesting playing experience which would definitely make Inside My Radio’s players find and synchronize their inner beat with our little heroes’ beat. 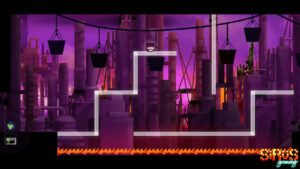 In Inside My Radio, you control our little hero named Taek as he traverses the rhythmic world inside the boombox. Along the way, he finds his other friends, Barry and Root, who also got entangled in the mess that plagued their world. Their movements, except for walking, is bound by the beat of the world; jumps and dashes can only be performed according to the beat. Players must find their inner beat to be able to pass the obstacles that get in their way. All three LEDs have their own genre of music to play to; Taek is into the techno, electropop genre, Barry is grooving to the disco funk, and Root’s jam is reggae. Within every level, players get to a point where they could customize the tune and the beat of the world by interacting with the knobs and sliders found within the levels. They can even also choose to play to the sound of popular music icons such as Elvis Presley, Daft Punk, The Village Men, and Madonna, just to name a few. 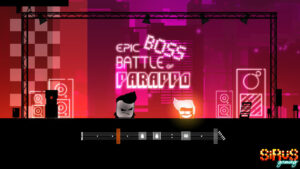 Inside My Radio’s macroscopic world is such a sight to see. Colorful, vibrant, and very lively, who would have thought that such a world could exist within the confines of a radio? Minimalistic yet still manages to look sophisticated in its own way, the visuals would never fail to dazzle and entertain its players while they save the rhythm world. The range of interaction among the game’s levels is also quite remarkable; each level has its own theme, a “track” if you may, and the different obstacles have a variety of workarounds players must figure out to progress further into the story. It makes the journey through the world more exciting, less repetitive, and it keeps the story relevant and intact. 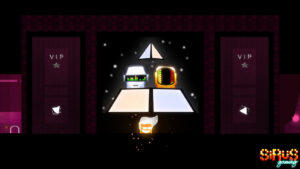 And of course, the game wouldn’t be complete without its pièce de résistance; its soundtrack. Inside My Radio is encased within its wonderful mixes composed of crisp tunes and rich, hearty beats. I highly doubt that this game is even playable without any sound despite having beat assistance as an option. Players would even find themselves bobbing their heads to the beat while going through a level (I know I did). And I’m not much of a fan of reggae and dubstep but somehow, by mashing them up together, the game managed to amaze me with the fusion. No wonder it won Best Audio in Ludum Dare 23. 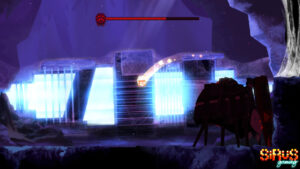 The game itself is short enough for a player to be able to finish the story mode in one sitting. But don’t let the game fool you; it can be very unforgiving in some of its levels, especially the boss fights. There’s also a time attack mode where players try to beat their best time within a level. To be honest, I’d give this game a perfect score if it weren’t that short. It gave the premise that it really had a lot to offer with its characters, gameplay, and wonderfully crafted world. But that was how the game was made: short but incredibly sweet. Sweet enough that its players would really have the appetite to get seconds after immediately finishing the game *coughsequelpleasecough*. Overall, I could say that Inside My Radio is one of those uncommon games that would really surprise its players with the gameplay experience it offers. Highly recommended for those gamers who greatly appreciate game soundtracks and those that are fans of platformers.

Inside My Radio is available for purchase at Steam.

Are you now hospitalized from all the sick beats? Is your house burned to the ground from the epic mixtapes? Share with us what you think about this game on the comments section below!