Journey to the Savage Planet – Review 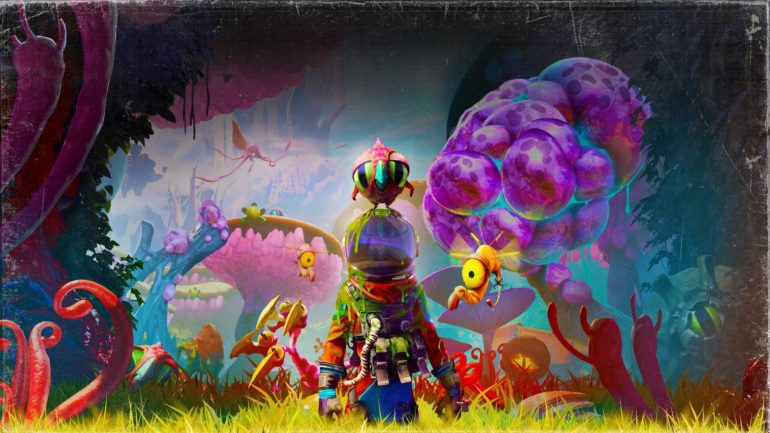 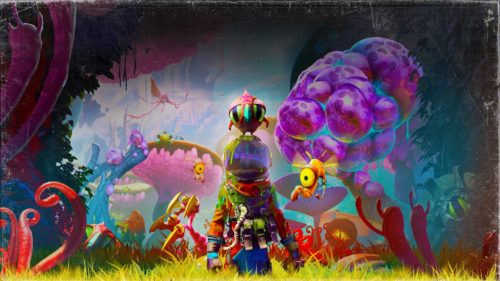 Here’s the deal: humanity needs a home beyond the stars. Earth has become an unsustainable cesspit that’s probably on it’s last legs. In order for our species to survive, we are left with no other choice but to colonize other worlds. So, we at Kindred Aerospace, the 4th best interstellar company in the world, are sending YOU and many other “explorers” to search out potential worlds. Once you have arrived in your destination, you are to analyze the surface and assess it’s viability for human colonization. Sounds simple enough, yeah?

Do note that the company owns all rights to any and all scientific discoveries.
It is also not liable for any injuries suffered while on the job.
Explorers need find alternative fuel sources in order to return home.
If no such fuel exists, enjoy the rest of your natural life free from expectations.

Journey to the Savage Planet is a first person open world exploration-action game. The game allows for 2 player online co-op for players who wish explore with a buddy in toe. Player(s) take control of a Kindred Aerospace employee, on a mission to map out the planet AR-Y 26 for human habitation. But an unexpected discovery involving an ancient alien species forces the company to shift focus from settlement to archaeology. Whatever it is that’s causing the anomaly, corporate wants it. Unfortunately for the player(s), they’re the only ones who can get the job done.

The game starts the player off with a fully functional environmental suit. The suit itself is very adaptable; allowing for a wide variety of upgrades and such. The helmet in particular comes with a built-in scanner that allows the player to gather information on their surroundings. After a short tutorial with throwables… and resource gathering… the player is able to craft their first tool – a pistol. From that point on, the player is free to explore the greater world beyond the confines of the landing zone.

At first glance, the game might resemble a typical open world exploration game with the occasional platforming segments. But it doesn’t take long for the player to realize that it is not simply the case. There are certain obstacles hindering the player’s progress, effectively making exploration near impossible to do. In order to advance further along the surface, the player must make use of the technology left behind by an ancient race of aliens. The data gathered from these artifacts will allow the player to create the necessary items needed to advance. With each new piece of tech, suddenly inaccessible areas become accessible. Opening up the map even more for exploration.

A large part of the game revolves around making use of the local flora in order to solve certain puzzles. Take bombegranates, for example. Without the proper glove upgrade, the player can only hold onto the fruit for a short time before it explodes. To ensure that it no longer explodes to the touch, the player must take part in an optional side quest in order to find the right materials needed to manufacture the glove upgrade. This applies to the majority of the undiscovered plants found in later parts of the game. Fruit from the various kinds of plants are an essential tool for solving puzzles. They also come into play during combat segments.

The upgrade system requires 4 different resources – aluminum, carbon, silicon, and the elusive alien alloy. The first 3 resources can be acquired from harvesting from local wild life or by mining(slapping?) mineral nodes. Harvesting alien alloy is rather interesting as they’re often connected with environmental puzzles. The amount of alloy of dictates the kinds of upgrades the player may want to invest in, but they’re never too scarce.

The local wild life, for the most part, are docile. Pufferbirds and the like do not attack the player on sight. In fact, they are quite friendly towards the player. Which makes the act of using the cute birds to “activate” certain events kinda pulls on the heart strings. Anyways, the majority of the 30 plus species present in the world mean no harm to outsiders. It’s the 1/3 of them that’s an issue. But it’s nothing a decent pistol can’t handle. It’s also worth noting that large predators often guard alien tech, just keep that in mind.

In terms of biomes, the planet is separated into a handful of environments consisting of ice-capped mountains to mushroom forests. The previous occupants of the planet were gracious enough to leave behind a Teleport Network that allows the player fast travel to various points on the map. The network itself becomes invaluable should the player mistime a jump and fall to their doom. The game actually handles player death in a comedic way: E.K.O. creates a clone of the explorer, complete with memories up until their untimely death. After hearing E.K.O.’s witty cloning remarks, the player is free to retrieve their death box.

One of the most glossed over aspects of the game is how the player never truly feels a sense of crippling loneliness on the planet. The only entity the player actually interacts with is their digital assistant, E.K.O. She wants the expedition to succeed. But she does entertain the idea of the player completely and utterly failing, if only to amuse herself. The astronauts do get constant reminders from the front office that they owe everything to the company. Oh, how heartwarming. At the very least, the never ending stream of horrible commercials does the job of dulling the senses and enforcing the idea that Earth is on its last legs.. but I digress.

When the player successfully collects 5 fuel cells, they are given the option to return back to Earth. Coincidentally, we get a friendly reminder that returning to Earth without completing our obligations to the company will result in utter ruin. (Way to extend play time there, guys.) To 100% the game, players need to scan a bunch of things until there’s nothing left to scan. And believe you me, its every bit tedious as it sounds.

Moving away from the massive collect-a-thon, the game really does a great job in terms of player progression. The forgiving nature of the game means that boss fights against large creatures feel more like solving puzzles rather than a straight up fight. The fact that game only requires the player to collect half the game’s health upgrades to reach max health is also OK. On top of that, vitality plants that restore health are never too far away. In short, the game does almost everything to ensure that the exploration part of the game is the most enjoyable.

The mystery of the alien tower is at center of everything with this. All the suit’s upgrades are geared specifically to break into the structure. It pushes the player down a certain path while laying down the ground work for further exploration down the line. I have to give credit to the team for finding a way to keep the player going forward. All too often, exploration games devolve into time sinks that require the player to complete a laundry list of objectives while making the player forget about the main quest. This game does none of that.

When talking about the actual combat in the game, it is best to state it plainly: it flat out feels clunky. It’s hard to pin point specific areas but there’s something about enemy movements that doesn’t sit right with me. The player’s movements during combat segments also feel awkward. Although, the problem doesn’t become apparent until the very end of the game where simple things like finding heals become an issue. It’s a consistency issue that doesn’t pop up during exploration, so it doesn’t hurt the game all too much.

All-in-all, it is of my opinion that this short 10-12 hour game hits all right markers for a good open world exploration game. The graphics are bright and colorful. The cartoony art style matches does much to add to the game’s appeal. There is plenty to love about this game – from the exploration to bits and pieces of comedy within the writing. Though you’ll have to excuse the occasional performance drop. It might skip a few frames here and there but it doesn’t bother all too much.

Journey to that Savage Planet has a lot of great ideas, potentially. It is in the execution of said ideas that it slightly falls short. But do bear in mind that the aspects I’ve mentioned as weaknesses constitute a fraction of the overall experience. The exploration and puzzle solving aspects succeed in ways that are both satisfying and surprising. It might be right to assume that combat wasn’t the focus of the experience, but rather a means to an end. One need only experience the grueling gauntlet that the Tower to think this way.

If you are looking for a good adventure game with some a bit of combat, this is a good find. It only takes a weekend to complete most of the quests. If you’ve got a couple of days, you might even find out what happens when you complete your mission before going back to Earth. For it’s witty writing alone, I highly recommend this game to players of all ages and skill levels. And do definitely stay for the exploration, it’s definitely worth it. 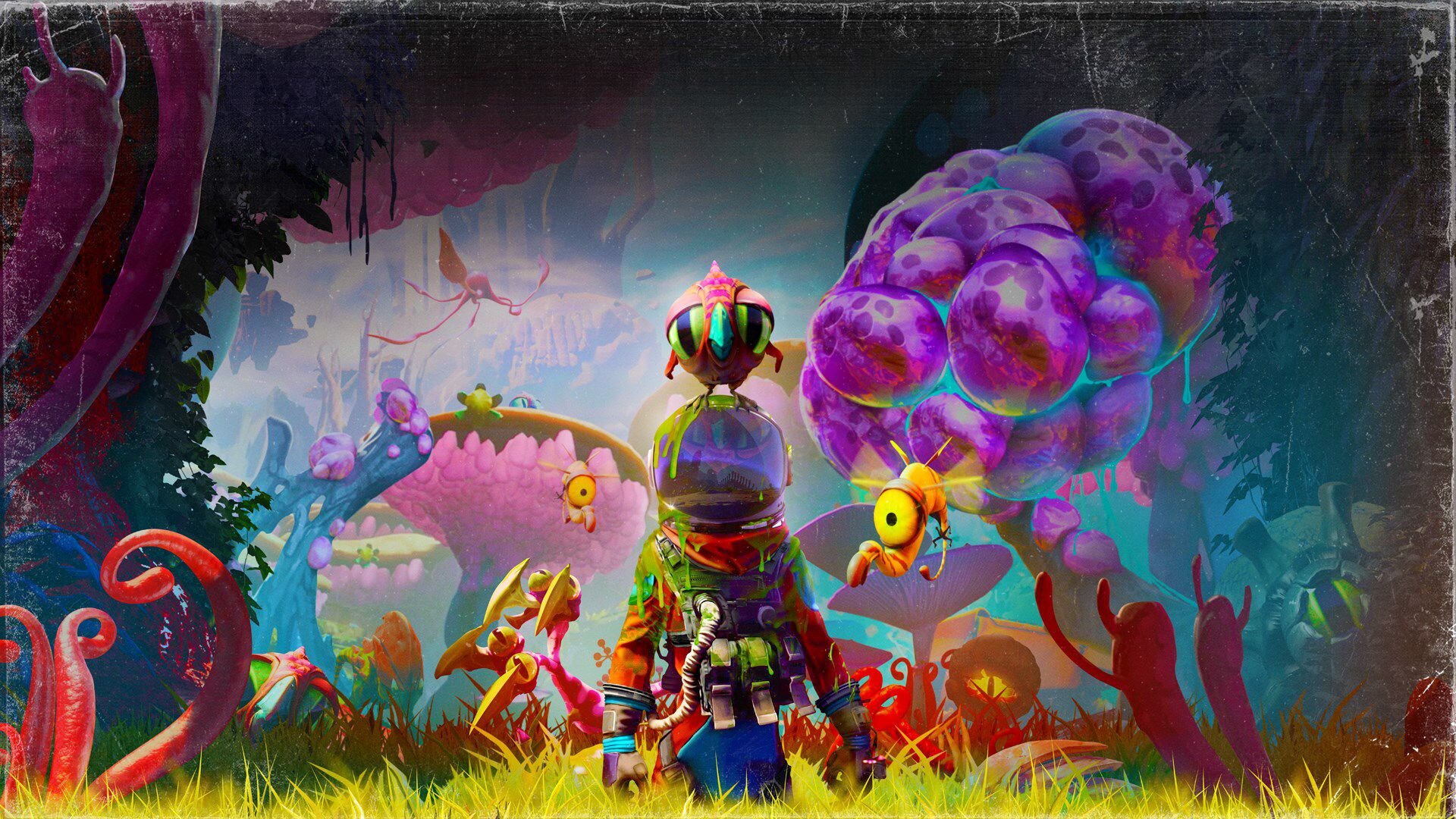 Journey to the Savage Planet – Review
Score Definition
When the issues of a game are rolled and stomped by its greatness, then it’s something to invest on if you have some spare.
Pros
Bright and colorful environments
Full of personality
Carefully crafted locations
Meaningful collectibles
Short, but sweet
Enjoyable platforming segments
Cons
Combat feels a little clunky
Not much to do apart from the main mission and research tasks
Great ideas, flawed execution
Occasional hits on the performance
8
Great