Blue brings home a surprise and definitely shocks the humans! 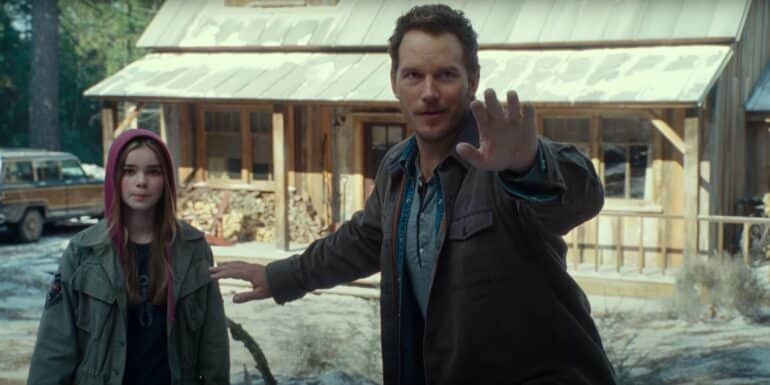 The latest trailer gives Jurassic fans new details of the upcoming epic conclusion. This takes place four years after Isla Nublar got destroyed and the dinosaurs are out in the wild. They now live together with the humans all over the world, but some are getting hunted down.

Owen Grady (Chris Pratt) and Claire Dearing (Bryce Dallas Howard) live together with Maisie Lockwood (Isabella Sermon) after the events of Jurassic World Fallen Kingdom. They now live in the middle of nowhere and away from technology it seems.

Blue, the female velociraptor, appears before the family and brings along a smaller version of her: a baby velociraptor. Maisie notes that it is impossible for this to happen, but the evidence is in front of them. They seem to be living in harmony with Owen and the rest, hunting their own food without harming them. Unfortunately, things took for a bad turn as the baby velociraptor gets nabbed by a mysterious group, possibly poachers, and running off.

While Blue is furious of the kidnapping (dinonapping?) Owen promises her that he will bring her baby back. The rest of the trailer is already familiar to those who have seen the first trailer where the first generation and the new generation of cast members meet and team up to finding those who are responsible for these poaching of dinosaurs, and rescuing the baby raptor.

Jurassic World Dominion will be in theaters starting June 10, 2022.