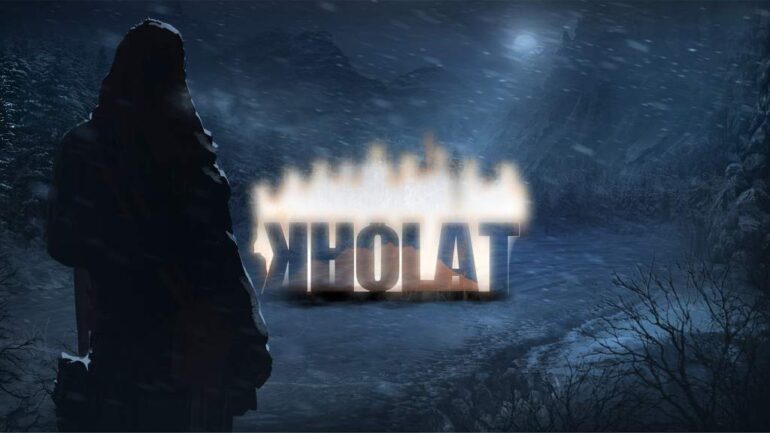 There’s something so special when a game horrifies you to the core. Apparently, this game has something different. Horror games like Outlast, the first Amnesia (God bless ‘A Machine for Pigs‘) and Slender always has a place in our mind and heart due to their insanely scary nature. The dreaded atmosphere the main protagonist ventures is so full of mystery. All the more when a sinister entity is chasing you from the shadows.

That’s when KHOLAT comes in. It’s a mixture between Slender, Outlast and Amnesia minus the puzzles. It offers the players a sense of isolation, dread and fear in every dark corner. The story is inspired from the incident that shook most hikers all around the world: The Dyatlov Pass Incident. Indie Polish game developer IMGN.PRO injects a fictional formula on this story to add an extra layer of mystery. Most of the premise involves around the player retracing the events that happened during the said incident in February 1959. The goal of the game is to explore the notable places where the 9 hikers were left to die.

Let’s start with Gameplay. If you are familiar with walking simulators then KHOLAT is a game of pure walking and walking. Most of the events in-game heavily features on your Map and Compass. The Map serves as your best-friend and it is required to track all the key locations to progress through the game. A quick note, there is no minimap, no player indicator and no sense of trail when traversing through the snowy tundra. All you need to rely on are the coordinates that are keenly placed in your map. The compass also serves as an indicator to where the next objective and camp are located. Personally, it took me an hour to get a gist of these things. And the absence of a jump button makes the game unnerving most of the time.

Exploration is key in KHOLAT. If the player has no idea how to read the map, then walking around in circles will be their death. Despite the game’s shortcomings, this is what drives me to play the game.

Yes, this is a horror game. The player will eventually encounter strange orange entities that chase them once seen. It is a heart-pounding experience but that is all there is. There are moments of certain build-ups that lead up to a potential revelation but no, KHOLAT fails to deliver a crescendo of eeriness and mystery that would leave players terrified. One moment the player gets inside an abandoned Soviet Bunker then once a missing page is located, the tension stops. It makes the game less terrifying and boring. Luckily, for backtracking, there is a fast-travel system that makes quick access to recently discovered camps.

Graphics-wise, KHOLAT is a very beautiful game. The developers utilized the real power of the Unreal Engine 4 to give you an immersive experience. Sometimes, I stop and stare in awe at the glorious glaciers that protrudes on my way. Players are also given a more detailed experience when using headphones. The sound in this game is well crafted. The rustling of winds, howling of wolves and the sound of snow gives the player an atmosphere to live in. Not to mention, the game’s narrator is voiced by Sean Bean. He creates a sense of narrative to a story that does not seem to persuade players that there is a science-experiment gone wrong in these mountains.

Don’t get me wrong, KHOLAT is a good example for next-generation walking simulators. But the unhinged story and lackluster gameplay makes the game feel stressful at times. The graphics, once again, are impressive. The 4 or so hours I’ve spent are oftentimes stressful when walking back and forth and don’t even get me started with the game’s disappointing ending. In terms of replay value, the game gives you the chance to collect all missing notes located all around the Ural Mountains once the game is over. It is up to you if you want to take the challenge or not.