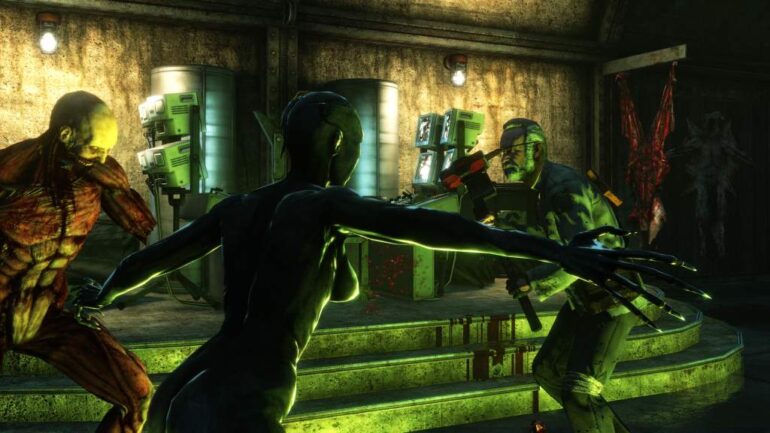 Tripwire Interactive today announced that the first update, Content Patch 01, for its co-op sci-fi horror FPS game, KILLING FLOOR 2. Recently teased on the official website, the content update features a brand new map – Volter Manor. Set against a Swiss cliff side, Volter Manor is a modern fortress with many deadly secrets to hide. Rid the Manor of all Zeds in sight to be rewarded with the coveted dosh!

In celebration of KILLING FLOOR 2’s successful Steam Early Access launch in April, Alan Wilson and Mark Hayler will reprise their infamous voice roles as in-game “classic” loyalty characters, Masterson and Briar for those fans who already own the original KILLING FLOOR game. Also, a fan-favorite feature of the first KILLING FLOOR returns. Now sprinkled throughout the maps in KILLING FLOOR 2 are ITEM HUNTS. Embark on the hunts and collect all of the new 8 achievements featured in the update!

Tripwire Interactive is committed to listening and engaging with their fans for feedback and encourages players to post their feedback in the OfficialKILLING FLOOR 2 Forums. The purpose of the Steam Early Access period is to gather feedback from players, both experienced and new, in order to continue to hone and refine the gameplay balance to provide the best possible experience for the full official launch. Tripwire will iterate based on community feedback with goals that include adding new maps, monsters, perks, weapons, game types and more as leading up to the Full Release.

In KILLING FLOOR 2, players descend into continental Europe where the outbreak caused by Horzine Biotech’s failed experiment has quickly spread and gained unstoppable momentum, essentially paralyzing the European Union— Just one month after the events in the original KILLING FLOOR, the specimen clones are everywhere and civilization is in disarray; communications have failed, governments have collapsed, and military forces have been systematically eradicated. The people of Europe know survival and self-preservation too well and lucky survivors have gone into hiding.

KILLING FLOOR 2 is developed and published by Tripwire Interactive for the PC and is available now on Steam Early Access. A SteamOS version of the game is planned for release at a later date.

KILLING FLOOR 2 is also slated for release on the PlayStation®4 computer entertainment system in 2015. This title has not yet been rated by theESRB but Tripwire Interactive anticipates a rating of “M” for Mature.