Kingdom Hearts III Will Not Have Surprises 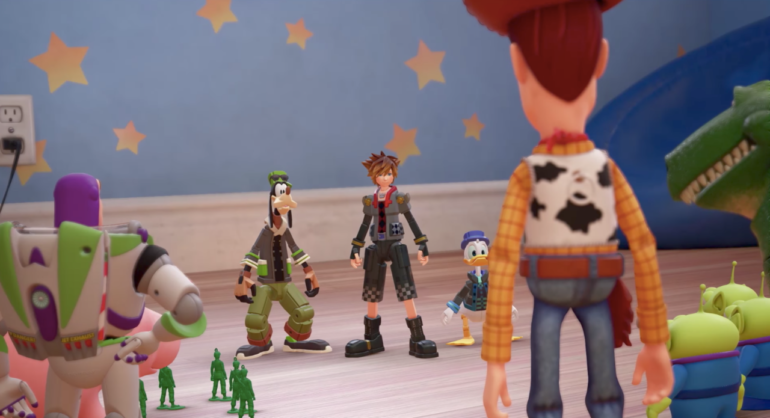 Everyone watching the D23 Expo was excited to see Kingdom Hearts III! And alas, the long-awaited new installment of the famous Disney-Square crossover got a set launch year and that’s going to be in 2018. Yes, folks, it’s confirmed that Kingdom Hearts III will launch next year and we will get more details along the year for its set-in-stone release date.

Now, it’s not just that. The trailer showed us a glimpse of what players will expect and that includes Toy Story to be in the mix. Seeing Andy’s room and the main Toy Story cast was just splendid. But will Toy Story and Big Hero 6 be the only Disney-themed worlds in Kingdom Hearts III?

According to Tetsuya Nomura in a GameSpot interview that players will not have to discover these surprises on their own. “I don’t think we’ll be keeping any worlds secret until the game is released. I think we will be introducing them leading up to launch,” he told the publication. “Nowadays games can add content on after the fact through DLC content, so there’s no need to hide any worlds.”

This means that players will need to expect that Kingdom Hearts III will have DLC post-launch. However, this is still uncertain as Tetsuya said that it’s only for his team to be prepared just in-case if they have to do DLCs after launch. “We can’t suddenly develop a system where we’re accommodating for downloadable content. So it’s not confirming or denying either way, but just so that the development team will be prepared, I have informed them of making the preparations.”