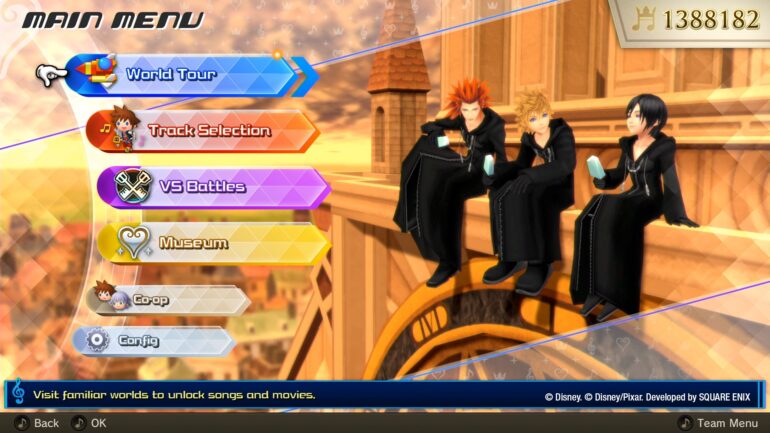 Beginning today, players will now battle to the beat of legendary composer Yoko Shimomura’s tracks and timeless classics from Disney. These tracks include Let It Go and Under the Sea on the Nintendo Switch, PlayStation 4, and Xbox One. This title also debuts the series on the Switch console.

In Melody of Memory, players will be reliving their favorite moments from the whole series as they journey together with Sora, Donald and Goofy. They are joined by familiar Kingdom Hearts characters too. They go through iconic Disney world and join forces with beloved Disney characters along the way. Players can master more than 140 musical tracks by Yoko Shimomura and the classic songs from Disney’s cinematic universes.

Players can play alone or with friends via local co-op and online multiplayer. There are three different play styles so that everyone of all ages and skill levels can enjoy their magical musical adventure in this game. There is the One Button Mode where players can casually explore all the worlds and tracks. Performer Mode can make players showcase their prowess for more fast-paced and skillful combo sets.

There are also unlock and collect iconic story scenes from across the entire game sage that can be enjoyed in its Museum. Competitive Online Battle modes mix up the formula with special tricks to confound enemies. Nintendo Switch players can enjoy the Free-for-All battle mode with up to seven other players via local play.

The official Kingdom Hearts III soundtrack is also now available worldwide digitally. It features ten hours and over 160 songs from the critically acclaimed game and a select track of songs composed by Yoko Shimomura, Takeharu Ishimoto, and Tsuyoshi Sekito.