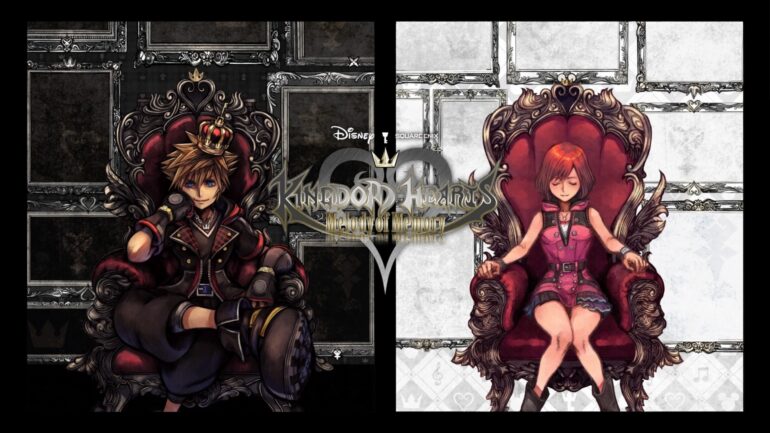 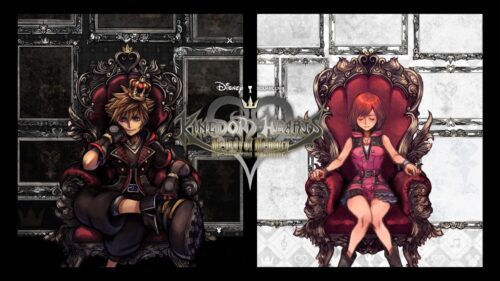 Now, this isn’t the best rhythm game out there. Although there aren’t that many of them these days compared to, say, an action triple A-game, there are still noteworthy ones I can name at the top of my head, but I digress. Let’s not compare Kingdom Hearts: Memory of Memory with other well-known and widely beloved rhythm games. Having played this game, I can say it can stand out on its own. Let’s start with, of course, the songs.

The Kingdom Hearts franchise has no shortage of mesmerizing soundtracks. Playing the earliest Kingdom Hearts games as a kid, this is something I didn’t really pay attention to, much less appreciate, aside from a song called Sanctuary by Utada Hikaru which I absolutely adored (which made me extremely emotional as I played this song in this game). I began appreciating it with last year’s Kingdom Hearts III, but Kingdom Hearts: Melody of Memory will completely hit you in the head with just how true the aforementioned statement is.

The tracks in this game come in the form of OSTs, scores, and instrumentals of classic Disney hits we all know and love. Considering the number of songs the franchise has in its sleeves, it’s a wonder it took Square Enix this long to make a Kingdom Hearts rhythm game, but then again, not everyone thinks of making a rhythm game anymore.

So, how does the “rhythm gameplay” aspect pan out? It is quite decent. It’s fun to play, which is the most important part of a game like this. The tutorial does a fairly adequate job of teaching you how to play this game. The gameplay itself is done on a music stage and hitting the notes at perfect timing will land you an “Excellent” score, while a little-off-beat will give you a “Good” score, and a “Miss” when you, well, miss the note. You have a health bar that will diminish every time you miss a note, and it’s game over for you once the health bar runs out.

There are three separate sliders you will have to deal with, which may seem simple, but it really isn’t, especially on certain songs at the highest difficulty. Speaking of difficulty, once you get used to the Beginner and Standard difficulties, you’re going to get bored of this game. This is where the Proud difficulty comes in. I feel like this difficulty is what this game was made for. This is how the game is meant to be played. The difficulty itself varies from track to track, but it is an absolute thrill playing this game at Proud difficulty.

It is difficult to rely on sight with this game as the way the level is laid out makes it difficult to anticipate some notes. It is a rhythm game, after all, so the most reliable way of hitting Excellent notes all the time is by attentively listening to the songs as you’re playing. Some beats are timed on accents instead of a main whole note, which can be tricky to pinpoint at first, but once you understand what the game is trying to make you hit, it is incredibly satisfying.

Now, if you haven’t played a single Kingdom Hearts story before, playing this game to its completion will give you a very clear picture of what the overall story is. If you’ve played it and are confused about the story, first of all, I don’t blame you. The story of Kingdom Hearts is notorious for being convoluted. This game, however, will explain the entire story in the simplest and most coherent manner.

These integral scenes are narrated by Kairi herself, voiced by Alyson Stoner. These moments are a good way of making you feel like you actually are reminiscing about the events of the entire franchise. Some tracks and levels are absolute nostalgia fuel, hence the name “Melody of Memory.” I found myself smirking at some of the levels, enemies, and tracks as they took me back to some of my fondest childhood memories.

Each stage is set on a particular level from a Kingdom Hearts game. The entire single-player mode, or what’s called in this game as the “World Tour”, runs chronologically throughout the entire Kingdom Hearts. Each level is a portrayal of a map from every Kingdom Hearts game. The enemies within each map are the same ones found on the maps in the game they belong to, and so does the music track. Some levels will reward you with a Key Scene that shows a quintessential moment shown originally in that game that’s integral to the overall story.

The game also offers a “boss battle” at the end of every game section, which breaks the monotony for just a little bit. The gameplay is still the same, but the layout is a little different an actual battle is portrayed in the background, which you won’t really be able to pay attention to that much since your eyes and ears will all be allotted to the notes. Still, these moments are an interesting addition and a good way of keeping the gameplay interesting.

If you’re done with the World Tour campaign, there are also other game modes you can play with. There’s the online multiplayer which pits you against other players in a “Versus” match, where you can perform “tricks” to throw your opponent off rhythm, adding variation to the gameplay you will already have been used to.

There’s also a Co-op offline mode. This is played differently from the single-player mode. You and the second player will collectively work together on a single track, where a particular note will be given to one and others to the other. This will be tricky getting a hang of at first, especially once you get used to tackling every note yourself, but it’s a good way of incorporating teamwork and it’s super fun to play around with.

The songs in the World Tour mode is shortened to pace the single-player mode properly, which many may find disheartening. I personally find this to be considerate. Besides, if you want a taste of playing an entire song, you can do so in the other modes.

There are also items you can use, and even synthesize items yourself similar to how it’s often done in the prior games. This, however, can be a futile attempt. The game frequently encourages you to not use the items if you want to earn three stars in a level. They can also dampen the excitement of the overall challenge. If this is something you don’t mind, though, then feel free to take a dab at it.

The gummy ship makes a comeback as a means of jumping from one level to another. The UI and architecture for this menu seem like it’s been ripped out of the previous Kingdom Hearts games and the only change they did was the placement of each level, but hey, if it ain’t broke, right?

Now, this game can often time feel like a mini-game that should’ve been placed in, at least, the latest Kingdom Hearts III title. However, this game makes up for it by highlighting one of the most overlooked aspects of the Kingdom Hearts franchise. The rhythm gameplay isn’t too shabby either. Many will appreciate this game and many will think it’s nothing more than a cash grab capitalizing on the franchise’s success, but if it can provide gameplay that’s engaging enough and it makes you feel something, I believe that’s a game worthy of merit.

Kingdom Hearts is a franchise that’s beloved by many. Even though this feels like a mini-game that should belong to a bigger Kingdom Hearts game, those who have played many of the previous games have no doubt accepted the fact that a Kingdom Hearts title can come in many different shapes and forms.

Melody of Memory is a wonderful addition to the still-growing franchise, and if you’ve played the previous games before, this game will take you on a trip down memory lane, and if there ever is a follow up to the series’ main story, this game is a good and fun way of knowing most of what you need to know about Kingdom Heart’s infamously complicated story. Kingdom Hearts: Melody of Memories has the makings of a fan-service title, one that is done correctly. 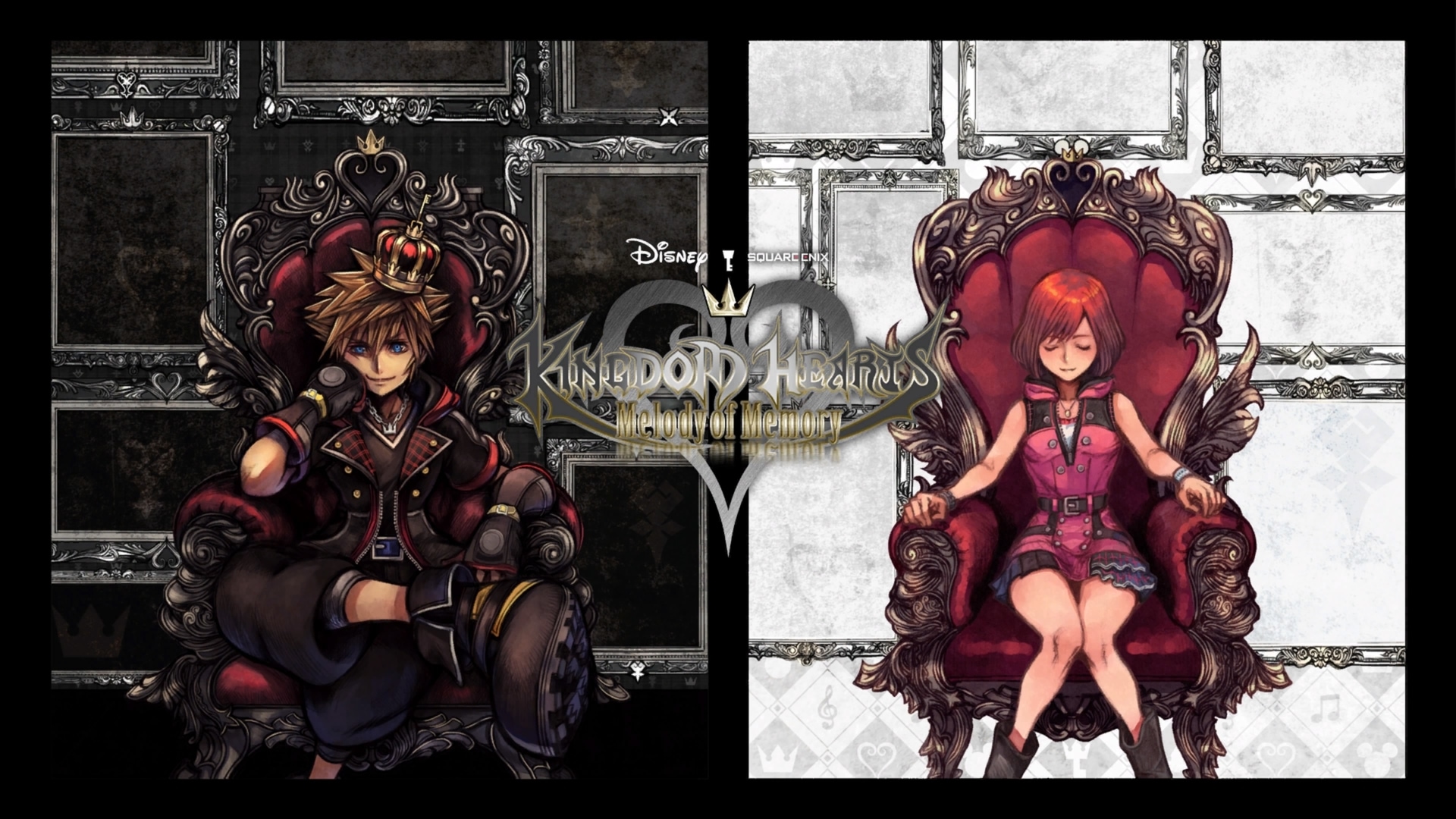 Kingdom Hearts: Melody of Memory – Review
Score Definition
When the issues of a game are rolled and stomped by its greatness, then it’s something to invest on if you have some spare.
Pros
Enjoyable gameplay
Various game modes you can play around with
Highlights the already-magnificent music of the Kingdom Hearts franchise
Fan service done right
Cons
Can feel like a mini-game that should've been placed in a prior major title
8
Great