Knockout City Free To Play Happening After a Year

After a year, it finally happens. 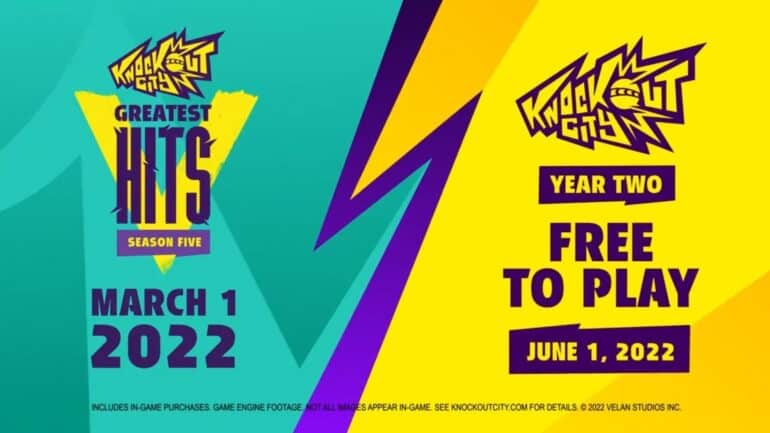 The developers first talked about Season 5, Greatest Hits. By the end of it, this will start the one-year anniversary of the game. It has already seen 32 different playlists, 9 maps, 6 special balls, over 1,200 customizations, lots of features, and more. This season will be a celebration of the best that year 1 could offer to its community.

The devs are planning to bring back Superpowers, Chain Reaction, Basketbrawl, and many more. There are many plans too like new customizations, a new special event with exclusive unlockables, a new season of League Play, and many more.

For the players who bought the game, they will not go unrewarded. They will introduce a special Season 6 Loyalty Bundle specifically for those who bought the game before this new season. It will include exclusive legendary cosmetics, XP boosts, and 2,000 holobux.

Velan Studios will also have changes. It will now self-publish Knockout City, which is quite the move for them. Since they are changing to free-to-play, their next step is to take over publishing responsibilities and work even more closely with the community.

Since the team will be working hard on making the free-to-play mechanic work perfectly, there will be less content for Season 5 compared to previous seasons. No new Brawl Pass for this season, fewer bundles and new cosmetics, and no new map or ball. This will be temporary though and new content is expected when Season 6 hits.