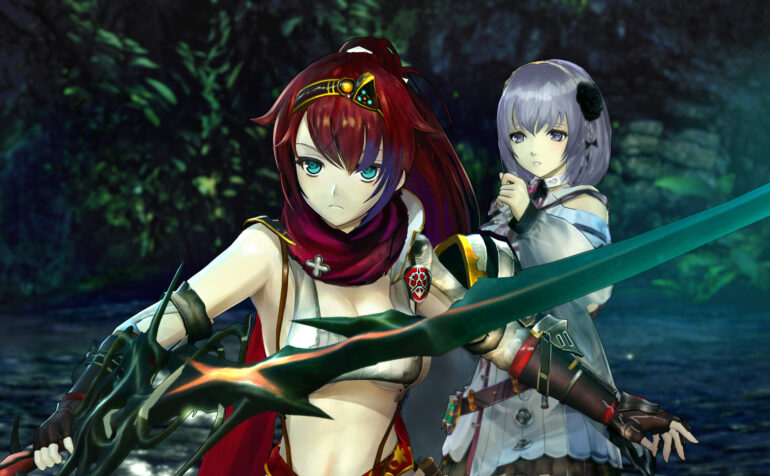 KOEI TECMO America today proudly revealed that the standalone sequel to the gothic fairy tale action RPG from developer GUST Studios, Nights of Azure, is headed to western shores as Nights of Azure 2: Bride of the New Moon on October 24, 2017. Nights of Azure 2 marks the publisher’s western debut on Nintendo Switch™, with simultaneous releases planned for the PlayStation®4 computer entertainment system and Windows PC via Steam®.

Nights of Azure 2: Bride of the New Moon takes place in a fictional, demon-ridden Western European city towards the end of the 19th century. The story focuses on a knight protector named Alushe and her two childhood friends – Liliana, a kind-hearted priestess, and Ruhenheid, a holy knight of the Lourdes Order. While guarding Liliana, Alushe is ambushed and killed only to later awaken as an artificial half-demon at the hands of the New Curia, a religious organization with dark ties. In the company of a variety of unlikely allies with their own pasts and agendas, Alushe’s strong desire to save Liliana gives her the strength to scatter the shadows shrouding the world and motivation to uncover the shocking truth behind the mysterious Queen of the Moon.

To introduce some of the colorful characters who comprise the game’s new cast, KOEI TECMO America has released a selection of assets featuring Alushe Anatoria, Liliana Selphin and Ruhenheid Ariarod alongside a first look at the demon-ridden setting where their narrative unfolds.