Maximize the game with new-gen hardware! 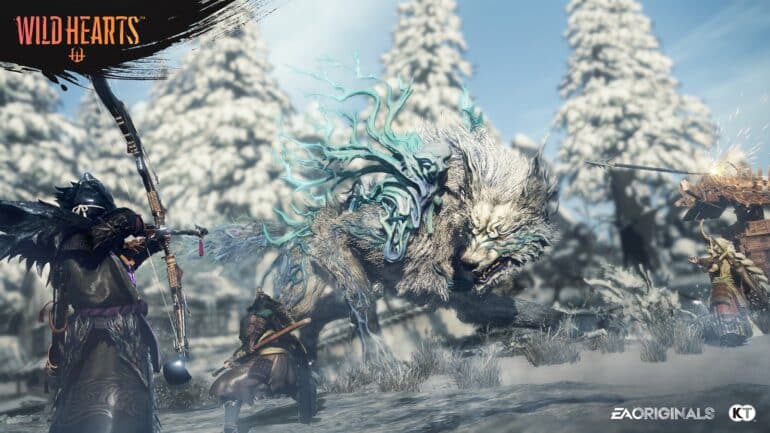 One of the Koei Tecmo directors has recently shared the reason for Wild Hearts to be only for new-gen consoles.

Wild Hearts just got revealed today with a new trailer showcasing tons of gameplay from it. It featured the monsters called Kemono, the hunters that fight them, the weapons, the interesting new ability to create wooden tools, and more.

The game looks quite detailed, especially the Kemono monsters, which makes it interesting as to how well it will fare on new-gen consoles. Now, we just got the news that this upcoming game will only be available on new-gen consoles. Koei Tecmo Director Kotaro Hirata spoke with media outlet IGN to explain their reasons for doing this.

Hirata explained that they needed to maximize the performance of the current platforms, which would make the world of Wild Hearts more compelling. This made the atmosphere more accurate with indirect light and increased density by placing higher resolution fields, Kemono, and objects in the game. The new-gen consoles’ hardware made that possible as it has more power than the old generation.

“With Wild Hearts, we embraced the challenge of using new technology,” Hirata said. “We hope that players will use Karakuri to freely move around in the colorful and expansive world that we have created.”