Koichi Sugiyama, Composer of Dragon Quest, Passes Away at Age 90

Koichi Sugiyama has passed away 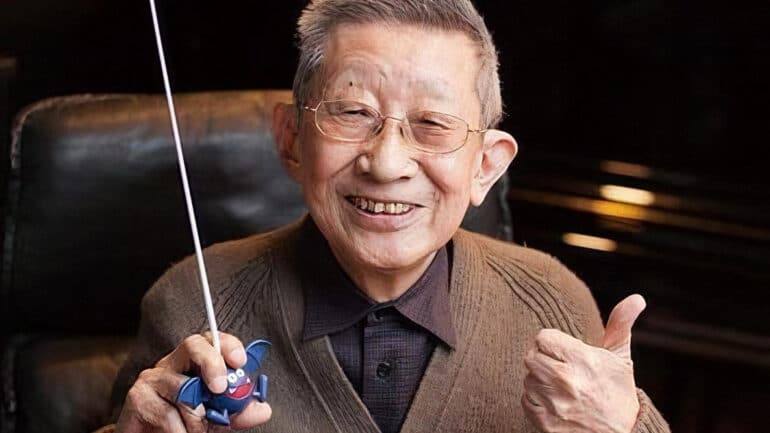 On September 30th, 2021, composer, Koichi Sugiyama passed at the age of 90 and the cause of his death was septic shock. His passing was confirmed by Square Enix and we are saddened by the news of his death.

Koichi Sugiyama is one of the oldest composers in Japan. He was very passionate of his work and contributed a lot in the world of anime. He composed many songs for different popular anime, movies, and TV shows such as “The Return of Ultraman”, “Cyborg 009”, “Gatchaman The Movie” and “Godzilla vs Biolante.”

Later on in his career, he received a letter from Square Enix to work with them as their composer for one of the most popular gaming franchises, “Dragon Quest.” His collaboration with Square Enix skyrocketed his fame as composer as multiple orchestra soundtracks were sold worldwide and made Dragon Quest a stable name in the gaming industry.

In 2016, he received the Guiness World Record for the oldest video game composer and later on 2020, he was given the title by the Japanese government, “The Person of Cultural Merit.”

According to the creator of Dragon Quest, Yuji Hori:

“I’m really sorry to hear Mr. Sugiyama’s sudden obituary. Thirty-five years after making Dragon Quest, Professor Sugiyama has brought the life of music to the world. The teacher wrote a lot of really wonderful songs. Dragon Quest will continue to be with the teacher’s music. The teacher should stay alive in the hearts of our users. Sugiyama-sensei, Thank you very much for a long time.“

Funeral arrangements were made and held by Sugiyama’s family and close friends. Square Enix plans to do a memorial service for Mr. Sugiyama soon but no date has been issued when it will be held.