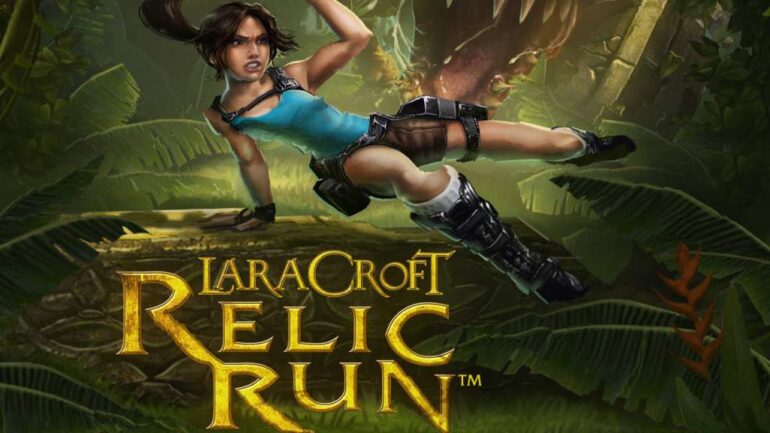 When a shadowy conspiracy threatens the world, only Lara Croft is equipped to unearth the truth. Run, swing, drive, and swan dive through challenging environments such as jungle temples and sand swept desert ruins. Use parkour moves to switch seamlessly between fast paced vehicles, intuitive combat and epic boss fights, including the iconic T-Rex, to collect clues and uncover ancient relics.

Lara Croft: Relic Run offers fans a fresh experience every time they play, ensuring no two runs are ever the same. Players can compete with friends for high scores, coins and distance as well as choose between multiple routes and discover hidden areas along the way. Collect power-ups, swap and upgrade equipment and change costumes to give Lara the edge in her new adventure.

Get ahead in the game by outsmarting and sabotaging friends with the all-new Curse system, an innovative new feature that allows gamers to send curses to other friends in an attempt to ruin their run. The feature appears as a full screen effect for a limited amount of time, and if players survive the challenge, they receive a reward and the chance to wreak revenge with a curse of their own!
Currently localized into English, French, Italian, German and Spanish, as well as Brazilian and Portuguese, Lara Croft: Relic Run is a must-play for Lara Croft and mobile gaming fans alike. Lara Croft: Relic Run is available now for free via the AppStore and Google Play:

There’s no time to waste, download the game now and see how long you can survive.