LawBreakers To Have A Final Open Beta Starting July 28 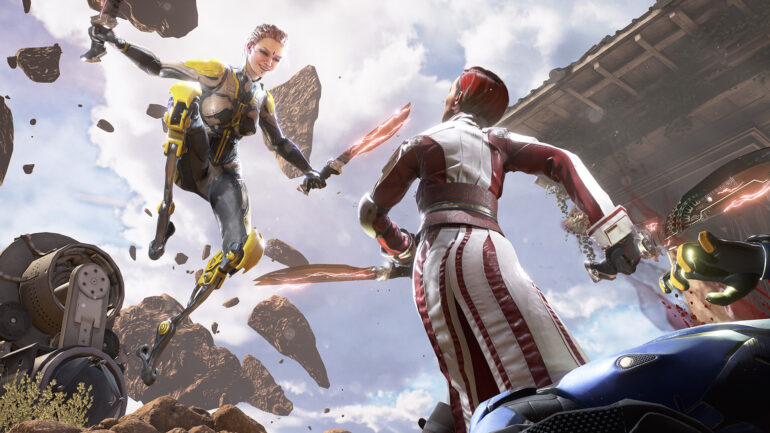 Days before LawBreakers launches on Aug. 8, Boss Key Productions is challenging gamers to bring their skills and join the final open beta on PlayStation®4 for the first time, or one last time on PC. Starting on July 28 at 7 a.m. PT, players will have the opportunity to play all of the content from each previous beta to date, including eight roles, six maps, and four modes. Visit Steam or PlayStation® to start pre-downloading the build now. The open beta event ends July 31 at 7 a.m. PT.

This is a last call for those players who haven’t experienced the groundbreaking, gravity-defying combat of LawBreakers to test their skills and allows those returning players eager for an edge on day one to come back and prove their dominance. LawBreakers’ thrilling omni-directional gunplay is guaranteed to challenge even the best players to bring their skills, get off the ground and deliver death from every angle with innovative movement systems and combat abilities.

The final open beta delivers on Boss Key Productions’ tradition of iterating on the game’s balance and design based off community feedback along with giving players an opportunity to check out the near final game. Following is a rundown of what players can expect, and more reasons to jump into the beta this Friday:

LawBreakers is a multiplayer FPS in which the laws of physics are shattered, creating intense gravity-based combat across the ground and air of futuristic landscapes. Players either fight to uphold the “Law” or go out for blood as a “Breaker,” as they jump into competitive team-based matches that take place across iconic locations including the boiling oceans off the Santa Monica coastline to a gravity-ravaged Grand Canyon.

LawBreakers (ESRB-rated M) is set to launch simultaneously on PlayStation®4 and Steam on Aug. 8 at a starting price point of just $29.99 for the Core Edition and $39.99 for the Deadzo Deluxe Edition which features a variety of exclusive in-game content. Pre-order now and receive additional, exclusive in-game character skins. All future, non-cosmetic content updates are included with these editions of the game.