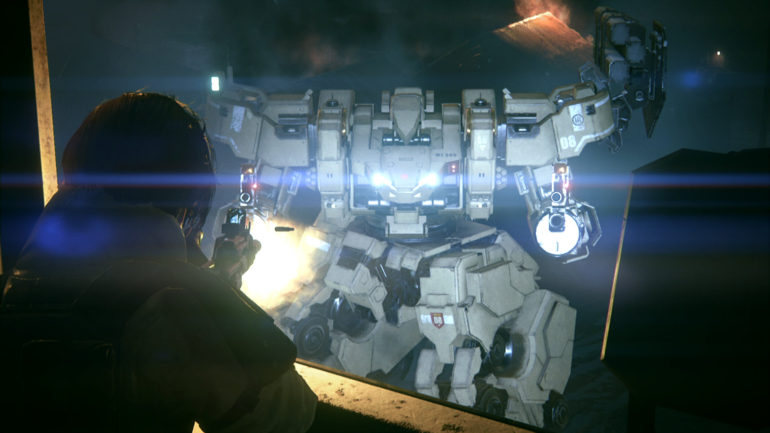 I can’t tell if Left Alive is trying to be a stealth game, a third-person shooter, or a survival game, but all I know is that it fails on all three accounts. Judging from promotional material, you’d think that you are getting a decent story full of intrigue and deception. Coupled with giant robots from the Front Mission series to get your giant robot combat fix. But no, what we actually got was a mess of a game that doesn’t have a core identity with graphics and gameplay designs salvaged from the PS2 era.

The story set around a border war between the two neighboring countries, the Republic of Ruthenia and the attacking Republic of Garmonia. In a matter of hours, enemy troops poured into the city of Novo Slava, leaving the survivors to fend for themselves. You take control of 3 survivors whose tasked with staying alive long enough to get answers behind the attack and to find the individuals responsible. These individuals are the Wanzer pilot Sergeant Mikhail Shuvalov, police officer Olga Kalinina, and escaped convict Leonid Osterman. All three stories interconnect with each other in some form until they converge into one combined storyline.

It seems to be the basis of one a pretty decent video game until you realize how poorly written the characters are. On top of that, the voice acting is subpar at best. Most of the time, I can’t tell if the characters are overreacting or just completely unaware of their current situation It’s also very tiring to have to choose a character’s response to a situation. Look, I’m all for player choice and whatnot but this game is telling a story through someone’s eyes. Not mine. The writing could have really benefited from having a focus on character development rather than how the player would react.

The same problem extends all the way to the villains. I’m constantly weirded out by how hard they’re trying to convey their twisted message. Alright, I get it. You have extreme world views and you want everyone to know about it. Can you please stop grandstanding and let’s get this over with! It’s not enough that they have these entire monologues, they also have to deliver each line in the cheesiest way possible.

The main quest for each mission involves you running to the other side of the map. Sounds simple enough until you realize that there is an entire army of soldiers standing between you and your objective. Fighting them is useless not only because it wastes precious resources but the buggy AI makes them near perfect marksmen who are as dumb as rocks if you stay in cover long enough for them to lose interest. The AI is so buggy at times that I can shoot a shotgun blast at a soldier and the soldier standing no less than 5 meters away simply ignores it. What a mess.

The maps themselves appear like they encourage exploration and creative thinking. But they don’t’. Often resulting in you feeling like a rat in a maze – following the path predetermined for you. Complete with dead ends and invisible walls just to remind you that you don’t really have any choice whatsoever.

The side missions add an interesting wrinkle to the whole thing. Roaming around the map reveals the locations of other survivors. Sometimes, they are hidden from the enemy. Other times, they are on the verge of execution and it is up to you to save them. Once the coast is clear, you are supposed to guide these survivors to the nearest shelter. The problem lies with the fact that survivors follow a very specific path to get to the specific shelter that may or may not have enemies patrolling the area.

If an enemy soldier spots a survivor, the survivor will freeze up in fear, and will most likely die without your intervention. If a survivor reaches a shelter, however, you are treated with a short little update of what has happened to them since their timely rescue. Knowing the tales of as many survivors as possible was the only thing really pushing me to keep playing the game.

For a game that wants you to avoid combat and instead opt for guerilla tactics, you sure do end up in plenty of firefights. You can tell that you are about to enter scripted sequence by the fact that the game leaves behind a fair amount of ammunition close by. And here again, the game fails horribly. The gunplay in this game is some of the worst I’ve ever had the displeasure of experiencing. Your aim is completely inaccurate, with most shots not even coming close to the crosshairs.

Because resources are so scarce in the game, stealth is the preferred method of getting around the map. Unfortunately, the A.I. is so stupid that it’s not even worth planning for the quiet approach. The melee combat is stiff and hardly ever connects. It’s the delay in hit registration that really annoys me. Look at this way, by the time when you commit to follow up with a melee attack, the enemy already had time to recover from the initial strike and is actively shooting you. You can ignore the laughable melee, if only the scavenge system is effective in killing enemies. It’s just as wasteful as shooting bullets.

The whole idea of the game is to scavenge resources to make them into traps and explosives. Molotovs and makeshift hand grenades are simple to craft with their components so plentiful but you’ll end using them all of it to kill a couple of soldiers. You are also encouraged to lay down traps but unless he is on patrol, then is no guarantee that the soldier will intentionally walk over your traps. You also have access to a crossbow and throwing knives. But let’s be honest here the aiming so janky and the enemies so tanky, they don’t even matter.

Even once in a while, you’ll get a chance to pilot a Wanzer and cause some havoc for a change. The Wanzer itself is quite sturdy and can withstand multiple attacks at once. The only downside is that your arms will go offline if you sustain enough damage. Leaving you with only your shoulder-mounted weapons for defense. You do get this charge attack but it leaves you open to counterattacks. This should have been the whole game. The combat is straightforward and you don’t have to worry about how accurate the enemy is.

There are a lot of games that are difficult by design. The difficulty with Left Behind is with the constant struggle with the controls. Throw in frustrating combat and unreliable stealth and you’ve got yourself a recipe for failure. There is barely anything of value past the letdowns. Though the game throws in interesting survivor escort mechanics as well as a map system that tells you the locations of where other players died. Other games still did it better and with far better results.

After playing this game for nearly 2 dozen hours, I can rightfully say that it is not worth it. As much as I would like to see this through to the end, I just don’t have the patience to put up with it’s janky controls. I have died in the most absurd ways, with little to no fairness in any of them. Unless you are really interested in the story and how the side stories play out, I really can’t recommend this game. I may come to the game eventually, just to tie up loose ends. But the way it is right now. I’d rather put a hold on that for now.

Disclosure: This review is based on a review code provided by Sony Interactive Entertainment. Read our review policy to know how we go with our game reviews.
Tested on: PS4 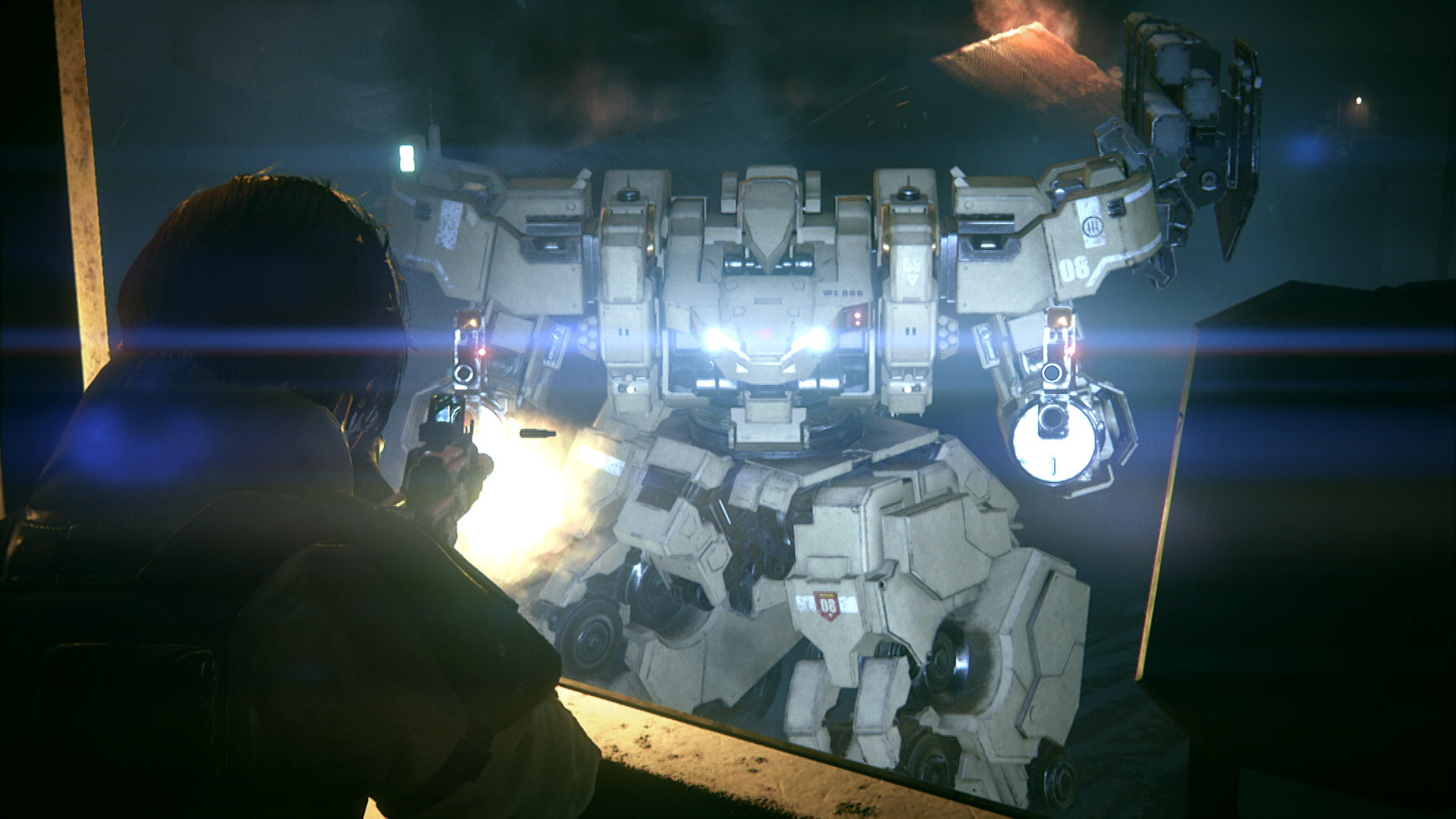