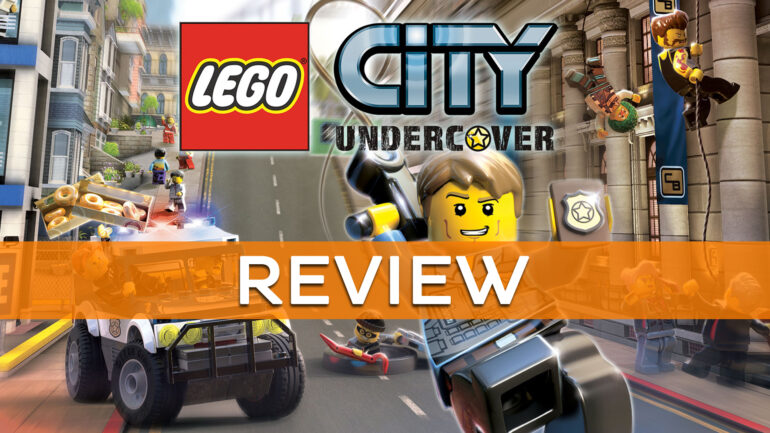 Lego City Undercover is a game that parodies open world games like GTA V and Sleeping Dogs. It is an open-world sandbox game featuring new characters and a new story laid with easter eggs calling out famous movies. I’ve always been a fan of the Lego games ever since I played the Lego Batman trilogy but this is a whole new territory where it is not based on something that’s already been established as popular. This game is also a remaster of the 2013 Wii U version of the game. 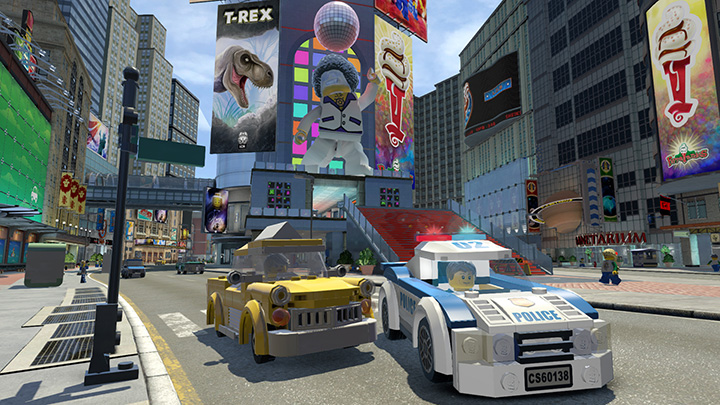 Lego City Undercover is set in a city called, you guessed it, Lego City. The fictitious world is based upon the city of Los Angeles which is also used in GTA V. So that’s why I feel like it resembles that game more than any other. You play as an undercover cop named Chase McCain who has been called by the Mayor to come back to Lego City to capture Rex Fury, a sinister villain that he once captured but escaped prison.

As Chase McCain you have many disguises at your disposal. There are 8 disguises all in all and 7 of them has a unique ability. Each of these disguises offer a variety of ways to help you in your missions and moving around the city. It allows the thinker in you to think up of ways to conquer an obstacle. Take for example the astronaut that can teleport into places that you normally couldn’t get into or the farmer who can water plants that will help you reach higher places. My favorite of these disguises is the robber because it seems to be the disguise that gets used in most of the missions. I find it ironic too since you are supposed to be a cop and yet being a robber seems to be the most important.

The world of Lego City is alive and vibrant. You can just feel how the world lives and breathes. The bustling traffic, the civilians that walk its streets, the sights and sounds are just so vibrant and colorful that you can just get lost in its world. This is definitely a Lego game with the usual humor that any Lego game has. 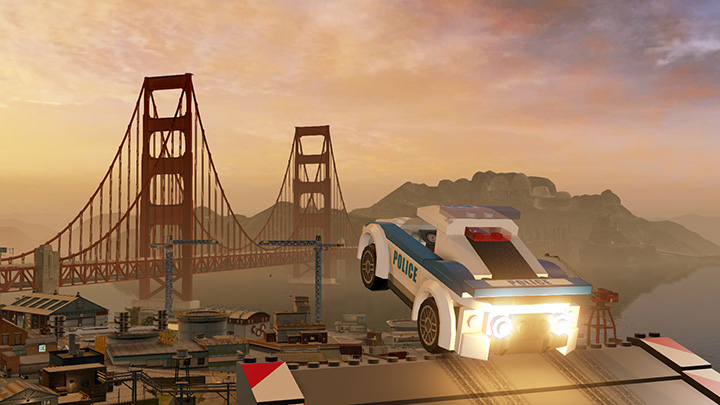 The city is also laid out with a lot of events that you can participate in. There are races, free runs and many more. You will never run out of things to do in this game because every corner has something for you to do. This keeps the game enjoyable and has a lot of replay value. You will definitely spend lots and lots of time just so you can play them all.

There are also collectible things that you can find throughout the city. From barbeque grills that you have to extinguish to pigs and cats that needs to be rescued. A popular component of the franchise is the red brick that are hidden in missions and places in the city. The red bricks allow you to activate certain cheats that will help you in the game. One of them lets you call a vehicle at your disposal and is one that I find most essential when traversing the city. The golden brick is also present in this game and serves as a trophy of sorts for your achievements.

Combat in this game is very minimal but still fun. It does not really teach you how to fight right off the bat but it introduces you to combat through a mission. It’s just a simple push of a button but each button corresponds to a different kind of attack. You could either attack offensively, or counter-attack or even grab the enemy and throw them on other enemies. What makes this game also very casual is that you don’t necessarily die in this game. You have 4 hearts but once you die you just resurrect thereafter without having to go back to a checkpoint or restarting the game. This makes the experience in the game more relaxed and enjoyable. 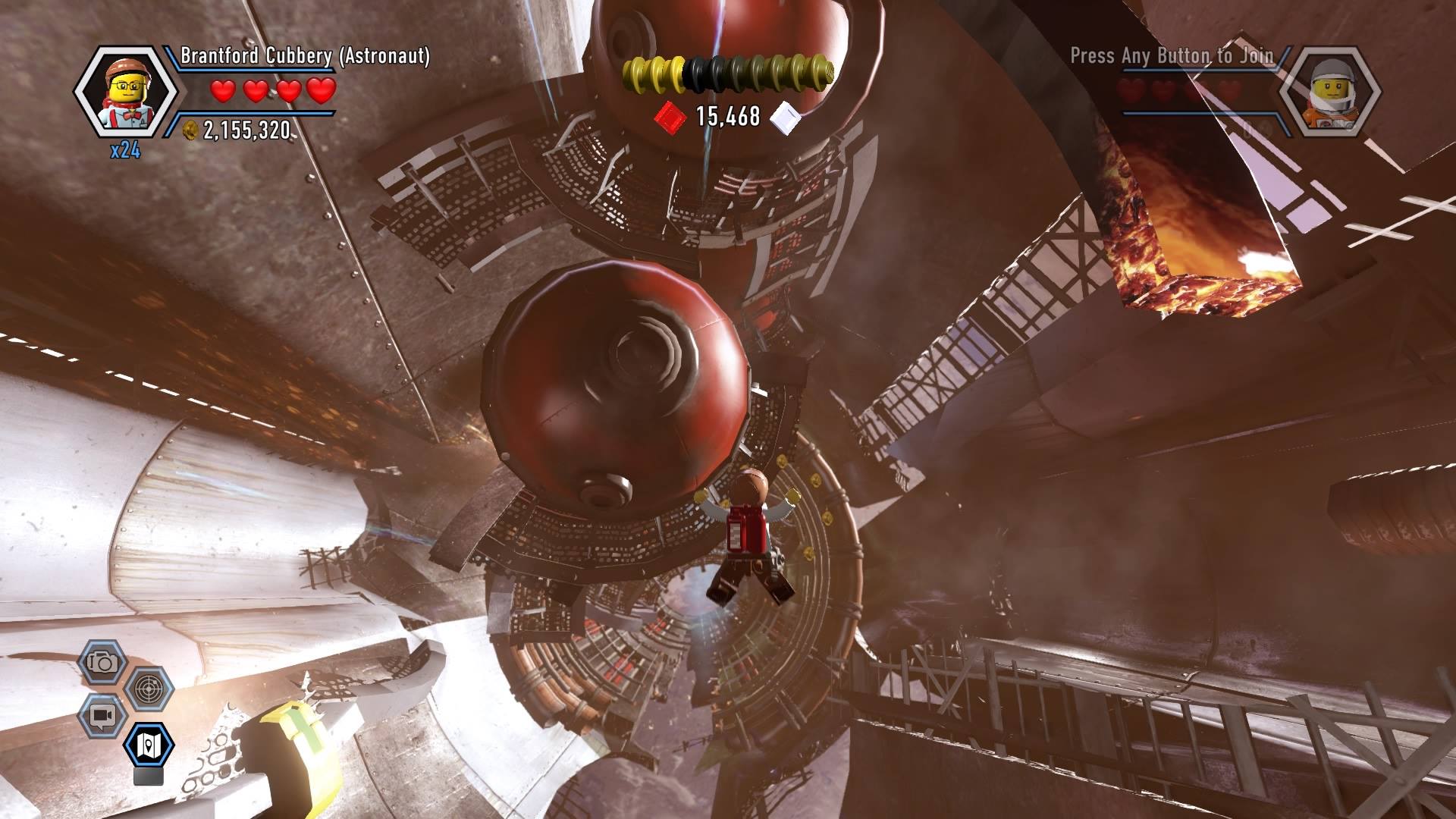 Just like any open world game, Lego City Undercover uses three modes of transportation to navigate its world. You can travel by land, sea, and air. And you can collect and unlock vehicles by finding them in the city or earning them through missions and events. This is the same for disguises as well. You can purchase these along with disguises by using the studs that you can find throughout the city or in missions.

One unique feature of this game is the Advanced Build. In most Lego games, you can build certain objects that will aid you throughout the game, things like ladders or a bridge that you need to help cross a blocked area. Advanced build, however, allows you to build gigantic objects that can either be landmarks or vehicles that are specifically for a mission or an area. Advanced build can also be accessed by collecting special Lego bricks that are scattered throughout the city. They are marked by its ever-changing colors. You can also search for this special bricks by using the scanner that is also a feature of this game. 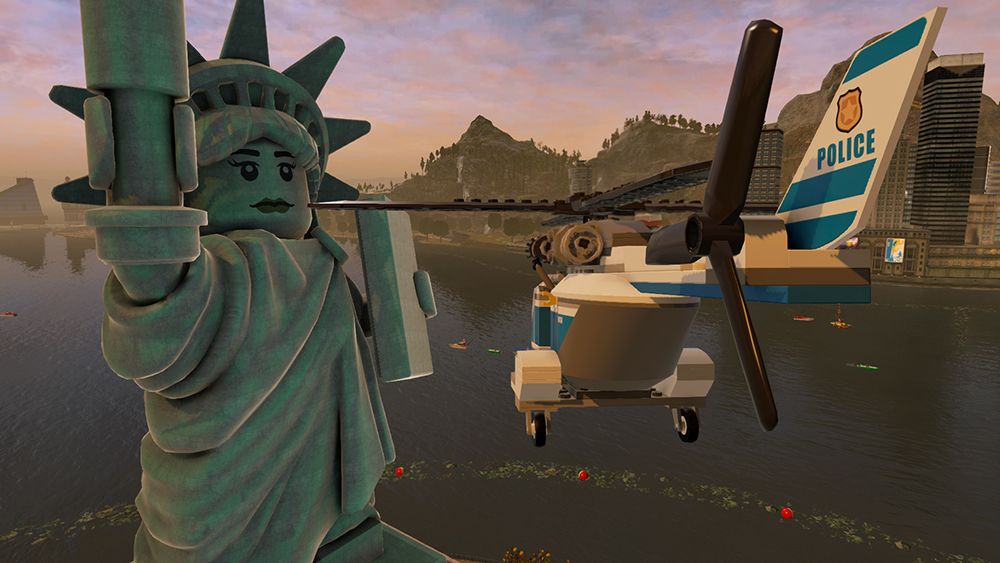 The graphics for it being a Lego game is gorgeous. There’s a shine on each stud coins that you collect. And the glossy Lego bricks are detailed. For a Lego world it just looks so beautiful and its vibrant world just comes alive. I also noticed how the graphics is being incorporated in the game itself with the color gun ability of the robber where you correct certain items in the game by coloring them.

The game also has great music. They have really poured a lot of attention on how sound works in this game. One thing I noticed was how when you are using the investigation ability of the cop disguise, the music suddenly takes a backseat as your character focuses on finding an object. There is also a cop ability where it highlights the use of sound where you try and listen in to people having a conversation from a distance.

Lego City Undercover is a fun and entertaining game. If you love anything that’s Lego and want to immerse yourself in an open world that comes alive and reacts to whatever you do, then this is a game worth playing. The amusement it provides is worthwhile and it’s one of those games that you would love going back to. Lego City Undercover is Lego’s answer to Grand Theft Auto and I can say that they definitely delivered. And the best part? You can play this with a friend!