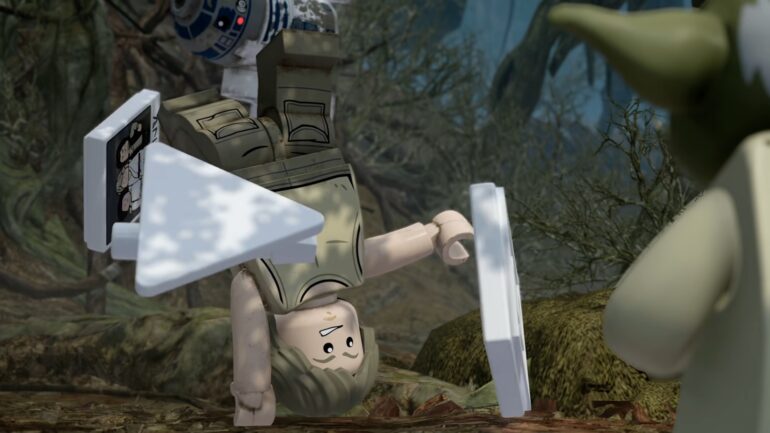 LEGO Star Wars: The Skywalker Saga’s “True Jedi” is the highest rank a player can attain in a level.

As you work your way through the story and tasks in LEGO games, one of your primary goals is to collect studs. There are three ranks within each level based on how many studs you gather, with True Jedi being the highest rank possible. Some levels have lesser limits like 30,000 while others have higher thresholds like 50,000 for the first rank. As a result, it’s not always clear how to go to the highest possible tier of stud collection within a given level.

This article will explain how to attain True Jedi Status in LEGO Star Wars: The Skywalker Saga.

Playing through the level does not guarantee that you will get enough LEGO Studs. Instead than rushing through the level, take your time. The simplest method is to retry the task in Freeplay mode, which gives you complete freedom to explore a level at your leisure. In Story mode, you can always accomplish this, but in Freeplay, it’s much easier. You’ll have more chances to gather LEGO Studs if you can get into further places.

Make sure you go at your own pace on each stage. Every level is littered with breakable items that are easy to miss. Even though it’s tiresome, destroying anything worth 1,000 LEGO Studs is a good way to fill up the bar.

Be sure to destroy everything around you, as broken items drop LEGO Studs. Get all the studs you can by exploring every area of the game and smashing everything!

During the course of obtaining the “True Jedi” Status in LEGO Star Wars: The Skywalker Saga, you will have the opportunity to earn two achievements.

There you have it: everything you need to know about Achieving “True Jedi” Status in LEGO Star Wars: The Skywalker Saga.

Here’s a nifty video by WoW Quests on How to Start Free Play LEGO Star Wars The Skywalker Saga: