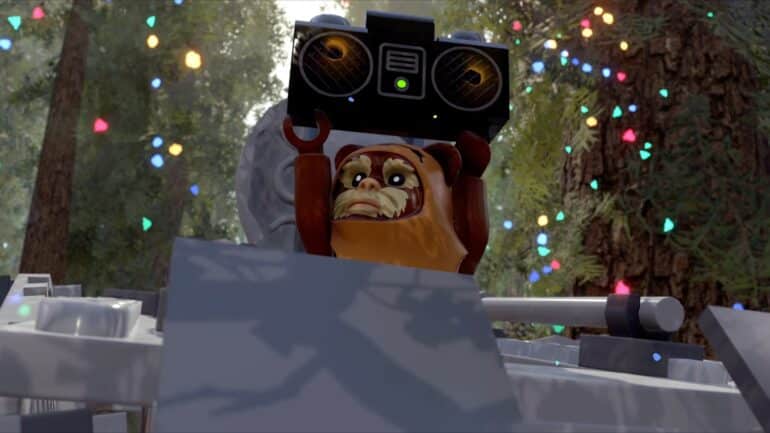 LEGO Star Wars: The Skywalker Saga’s primary currency are Studs, and if you want to get everything, you’ll need a lot of them. Despite the fact that numerous studs can be earned through normal gaming, some players may like to put more effort in their stud collection.

LEGO Star Wars: The Skywalker Saga has a large number of things to discover. It’s sad that everything on this game isn’t free. Many of the great items in the game require the use of studs, the in-game cash. The content includes everything from well-known characters to weapons and even ships. Moreover, if you want to unlock everything, you’ll need a significant amount of studs. As a result, with the help of this LEGO Star Wars Studs Farming guide, you’ll be able to stock up on all the studs you need!

What are Studs in LEGO Star Wars The Skywalker Saga?

Studs are the money or currency equivalent in LEGO Star Wars: The Skywalker Saga. You may have noticed that the studs you’re getting come in a variety of colors. Varying shades of the stud denote different levels of rarity and worth. These four stud rarities range in price from low to high:

In LEGO Star Wars: The Skywalker Saga, you can get studs fast in a variety of ways. You can get some of that tasty plastic currency by doing everything from fulfilling assignments to causing environmental harm. You don’t need plenty of studs to play or complete the game, but they sure are required in order to obtain additional characters and ships. If you want to make the most of your stud-farming potential, here are the best methods to farm Studs fast in LEGO Star Wars: The Skywalker Saga:

Stud farming can be considerably aided by the use of two specific abilities in the game, which are detailed below:

The “Attract Studs” upgrade can be found in the Primary Skill tree. When you get close enough, studs will fly to you thanks to the upgrade. As a result, you won’t have to spend as much time running around in circles, or hunting down that one missing piece of terrain, as you did before. In order to increase your chances of attracting studs, you can purchase this improvement in three tiers.

The “Hidden Bounties” upgrade may be found in the bounty hunter skill tree. You can unlock this to gain studs from defeated enemies. However, this will be really useful in the early stages, but it won’t be quite as beneficial until you receive the enormous bonuses.

Stud Codes can be activated from the Extras page of the Holoprojector to boost the number of Studs you earn during the task. Faster grinding can be achieved by enabling all of the available codes. See this page for information on how to use codes.

Datacards and studs are required to unlock these multipliers, and it is recommended that players use the first batch of studs they farm to purchase at least Studs x2 and x4 before moving on to the next batch.

In essence, these multipliers are the key to making the LEGO Star Wars studs farming a successful endeavor. They are available in a variety of categories, with prices corresponding to each category:

If you’re looking to grind out studs, there are some levels or episodes in LEGO Star Wars: The Skywalker Saga that are better than others. The selection is comprised of levels that take less time to complete and are pretty basic in terms of going through the level and collecting studs without the need to deviate from the main path of the game. You may always access the episodes from the menu and start free play whenever you want.

Episode I: The Phantom Menace – Now This is Podracing Mission

This level is really straightforward and can be completed in less than 2 minutes. While completing the task, you can just go through the stud rings and fire as many objectives as you can fit into your time limit. In the event that you have acquired the 10x stub and follow the other strategies discussed above, you should be able to earn approximately 250,000,000 Studs every mission.

A shooting gallery in the Death Star trenches is what this mission is about. All you have to do is keep shooting and avoid crashing your X-Wing, which takes advantage of the game’s auto-targeting features. The majority of your studs will be obtained through destroying turrets and TIE Fighters in the course of your campaign. You should be able to accomplish this operation in approximately 2-5 minutes and receive around 100,000 studs per mission.

It only takes a few hours to farm these levels to reach the point when you can purchase Stud multipliers in the Extras section of the main menu. Consider purchasing the x2, x4, and x6 Studs, which when combined will result in significant bonuses for the player. At first glance, this mission may appear to take a long time, but after completing it, you will acquire all of the Stud multipliers and will be able to harvest more Studs than you will ever want!

As you go about your journey to acquire Studs in LEGO Star Wars: The Skywalker Saga, you will have the chance to earn two trophy achievements:

So there you have it, a simple guide on how to earn studs fast in LEGO Star Wars: The Skywalker Saga.

Here’s a great Farming guide video by Thomas’ Trophy Tutorials on LEGO Star Wars: The Skywalker Saga – How To Get Unlimited Studs Very Fast and Easy: