Heya, ‘sup guys! This is AC again with another frank and blunt game review and I’m currently giving you my opinion on the action-adventure semi-open world video game LEGO The Incredibles. Lemme get this out of the way first: the game was surprisingly decent. And spoiler-ish.

From here on out, I’m going to write this review in my own “The Sheltered Gamer” format with categories in no particular order: Visuals/Graphics, Sound/Music, Gameplay, Story, and Replay Value. Lemme give you guys a rundown on a few basic details:

I’ve got to be honest with all of you: it’s not that great. In this modern age where visuals could become a big factor in getting high review scores, this one is pretty mediocre compared to modern standards. Although it is able to do its job by appealing to children and those who love the Incredibles. There aren’t too many visual bugs in this game, and everything just fits well. Again, for a LEGO game, it’s pretty good looking, but that’s it. The color red sometimes fills the screen too often though, but most likely due to The Incredibles theme… but yeah, it annoys me a bit. That’s just me nitpicking and it won’t make much of an impact on the score.

Another category that isn’t going to have as much content as the game doesn’t have the “wow” factor that will make anyone talk about it. It does have a ton of nostalgic moments for those who have seen the original movie 14 years ago as they’ll be hearing a lot of The Incredibles’ theme song – and, mind you, it plays a lot here. The voice dubs are great and since it’s a LEGO game, it’s already understood that there’s no need to criticize its lip-animation syncing. The game does introduce some new tune, and they are nice to listen to, up until they overstay their welcome. The nice things are that they tried to make sure that the songs don’t make any short loops, which could have made things more annoying. I’m glad they didn’t do that or at least make me didn’t notice it.

STAY AWAY IF YOU HAVEN’T SEEN THE MOVIE!

I’ll say this now: STAY AWAY! Well, so long as you don’t mind spoilers that is. The main story of this game is just the same as the current movie: The Incredibles II. Well, almost everything, but it will give away the whole plot nonetheless so you should be very careful. If you don’t care about spoilers or if you’ve already seen the movie, then, by all means, play this game. For me, the story and everything else along with it is waaaaaaaaaay to cliché.

A lot of the aspects from the first Incredibles movie are just mirrored here: one parent goes away, one parent gets angry, jealous, and tired of taking care of the family, gratingly obvious villain, forgettable side characters (well except for Frozone, duh), destruction and chaos in the city. Well, there are noticeable differences, but I can’t help but compare the two movies due to their many similarities. Anyway, the only consolation here is Jack-Jack with his awesome powers and the intense fight he’s put through haha.

It’s sad that the side missions are neglectable. Well, if you are a kid, then maybe you can learn some valuable lessons from it? Like helping out people that are in need, beat up villains, aaaaaaaaand destroying property. But, I guess that’s it? Well, it is just a LEGO game so you shouldn’t really expect much.

Wow, I did not expect semi-open world gameplay

The one thing that surprised is the game’s semi-open world feature. Like seriously, wow. You can progress through the story by either following the marker or by strolling around aimlessly. You can also get into those sidequests we talked about where you rescue trapped citizens, beat up bad guys, put out fires, and more. There are no shops, upgrades, or features and mechanics stabled in most RPG’s, but at least you get to roam around which, in my opinion, is pretty cool. The beat ‘em up mechanic is pretty basic and you get to have a special attack if you manage to fill your special meter. You can grab enemies with certain characters, and each character has their own playstyle – Jack-Jack being the best character to play as factoring in his many different abilities. You can also change characters in free mode (which is the roaming sequence in the open-world mechanic), along with some other features. There are some game-breaking bugs that I have encountered, but  I only crashed only once. Sometimes, the game does not give you direction on where to go next, which results in you getting lost most of the time. These negative criticisms do not diminish the high score I’m about to give though as all-in-all, I had fun.

Makes you want to collect stuff and unlock characters

If you are a serious trophy, item, coin, or whatever hunter, you may want to take this game slowly. It’s not that big of a deal when it comes to the replayability if you are an adult gamer. But if you’re a kid? Now that’s another story. From a child’s perspective, this is a fun way to unlock your favorite characters in free mode and use them. There are parts of a sidequest that you couldn’t go through without the ability of a certain character, so you really need to unlock them first. If you finished the main story, there’s a prequel to finish as well and you can just roam all around town with some sidequests popping out from time to time. It’s fun to play again and again but only if you’re a kid.

LEGO The Incredibles is just a fun game to play for kids and nostalgic adults. It’s a lot spoiler-ish, but I think they really wanted to follow the story of the recent movie anyway. It’s a good one playthrough game for me though as an adult gamer. 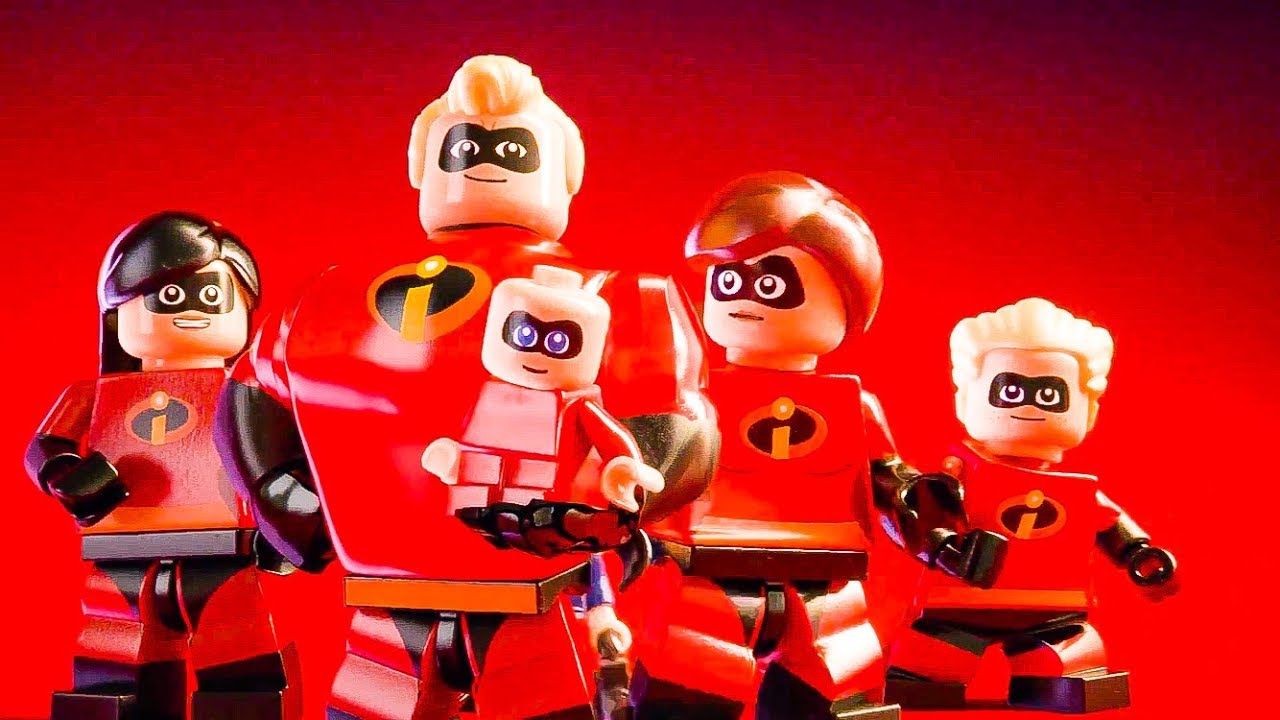 LEGO The Incredible - Review
Score Definition
You better have to choose if it’s worth spending your spare cash, because it might not be the game for you and it might be for others.
Pros
Awesome Beat 'em up mechanics
Building LEGOS
Pretty LEGO visuals
Fun to unlock characters
Sidequests
Semi-open world
Cons
Cliche Story
Cliche Villain
Too much red color
Small game-breaking bugs
Spoilerish
6.6
Justified