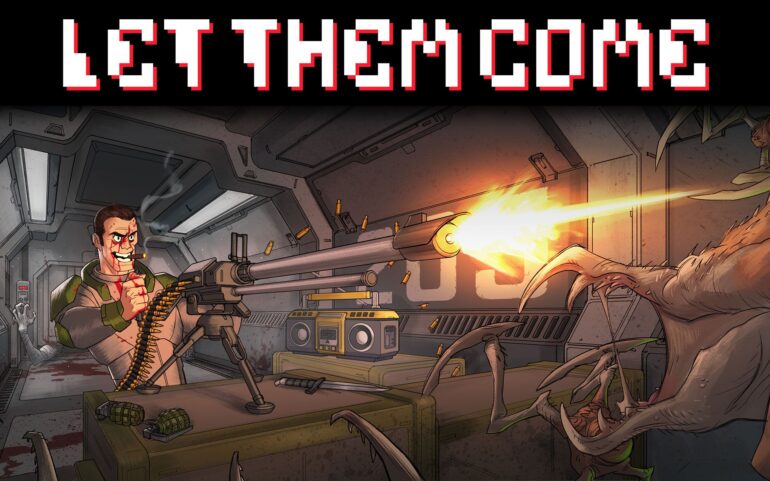 This game is awesome!

It honestly took me by surprise just how good this game was.

Playing it on the Xbox One gave me a bit of a bad impression at the start which I’m assuming was just a glitch. I had to stare at the screen prompting “use mouse to look around and LMB to fire” instruction and I couldn’t find the button to fire since I was playing it with the Xbox controller. Fortunately, this was a one time fluke. Though it was clear that this game was made for the PC and that the developer didn’t bother to correct the instructions for the console versions.

It took me restarting the game for it to work properly. Once I finally got it to work, however, I was very surprised by just how good it was.

Let Them Come’s premise is simple.

You are a former soldier badass who is trapped in a ship overrun by aliens. Being the only survivor, you find yourself at the end of a room with a machine gun facing hordes and hordes of hostile alien lifeforms.

Let Them Come’s mechanics aren’t really complex in any way.

The game’s weapon variety here is really great. They’re not just pick the strongest weapon and go with that for the rest of the game. Okay, so you only have one turret, but you can customize the type of ammunition you fire out. Each grenade and bullet type you choose have their own effects. For example, electric type bullets stuns enemies and molotovs burn an area for a good time. You can even combine your attacks such as stunning enemies with this type of bullet and then throwing a grenade at them to maximize the effect as they’re gather together in a group. 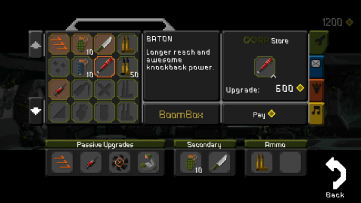 You will customize your equipment at an inventory screen which you can only access before you take on the alien horde. There’s no time limit to preparation and you can start whenever you want. In this inventory, you will find what you can upgrade and purchase using the points that you accumulated throughout the game when you were fighting hordes. Thankfully, points are saved in the main campaign so even if you die in a round, you get to keep what points you earn.

Upgrading your passive skills and getting new abilities does change gameplay significantly. What you spend your points on actually matter and that’s great. Take the gun turret for example. You can increase its rate of fire but it will overheat much more quickly and you will get swarmed fast, but if you upgrade the ventilation as well you can fire at a longer rate without exhaustion. Also, if depending on the level of the ventilation, you won’t even have to worry about turret exhaustion and you can fire nonstop. 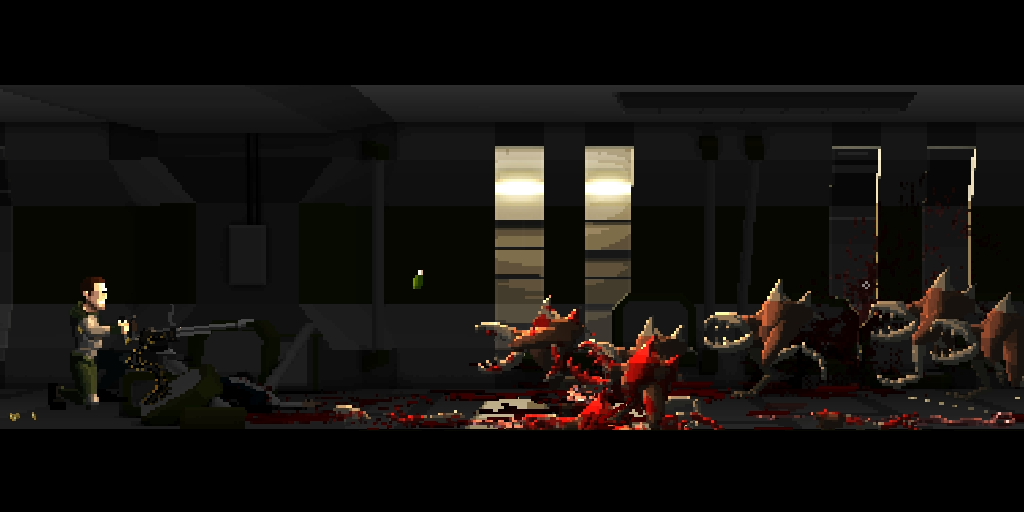 This game is not easy. It’s difficult, but never in an unfair way that frustrates you too much from playing. The beginning levels might seem a bit like smooth sailing, but that’s until you get to the first boss of the game that you’re really pushed to learn the mechanics of the game, upgrades, and how the enemies move.

This boss’s name is the Smasher, and it will kill you at least six times due to having a move that can two shot you unless you interrupt it with gunfire which isn’t always easy or upgrade your health and learn just how the boss moves. Bosses in Let Them Come all have special traits and designs and offer a challenge to you. Each will have their own attacks, own things that you do need to pay attention to after you beat.

The enemy variety here is actually quite plentiful. Each alien monsters have their own unique take on attacking you with some hordes having deadly combinations such as small shield carrying aliens accompanied by what seems to be infected crew members firing their pistols at you. In most cases, throwing a molotov usually clears out any type of horde for you. 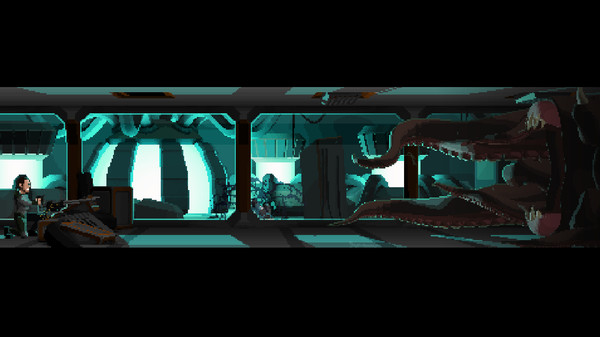 There are two modes. The main campaign mission with introduces level after level with different hordes of aliens to fight and you get to keep what you have unlocked and upgraded in your inventory through each level. And there is also the rampage mission which is essentially survival that forces you through hordes with only 2000 points to upgrade your inventory at the beginning with throughout nonstop hordes until you inevitably die. You will be ranked among other players depending on how many points you’ve accumulated until death.

Also, you are looking at the review of the #1 ranked on the board as of the moment ArchUser 627 for the Xbox One. Hopefully that still sticks by the time you’re reading this or I’m just embarrassing myself. 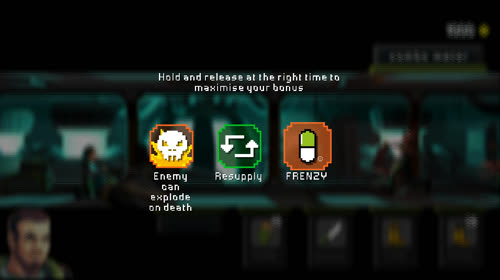 If anything I could point out anything that sets this game apart from the others, it would be its interesting combo meter. It’s essentially a kill meter that builds up as you kill more and more aliens. And trust me, you are going to need this as you can only access inventory every after death.

The combo meter can fill up faster if you kill enemies as a whole simultaneously than one by one. With the combo meter filled, you can choose three perks presented. Some of the most useful are resupply, unlimited supply, and frenzy. You will most definitely find this meter to be a life saver and chances are you will choose a perk depending on your situation. Surrounded by enemies and low on health? Thankfully you got yourself an airstrike perk available just in time which wipes the entire screen of enemies.

Let Them Come is a great game. It can even be a bit addicting for the first few hours. It has a lot of things to keep it from being repetitive and incorporates new challenges and perks into real time gameplay to make sure you aren’t bored as you’re blasting away hordes of alien monsters coming your way. It is most definitely worth a buy in my book. 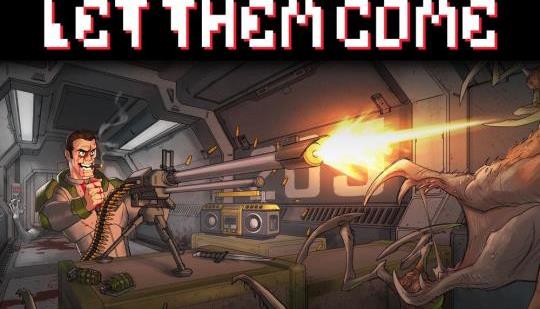 Let Them Come - Review
Score Definition
When the issues of a game are rolled and stomped by its greatness, then it’s something to invest on if you have some spare.
Pros
Great Fun
Non Repetitive Gameplay
So Many Ways To Creatively Kill
Cons
Poor Menu System
8
Great