Better than the sum of its parts 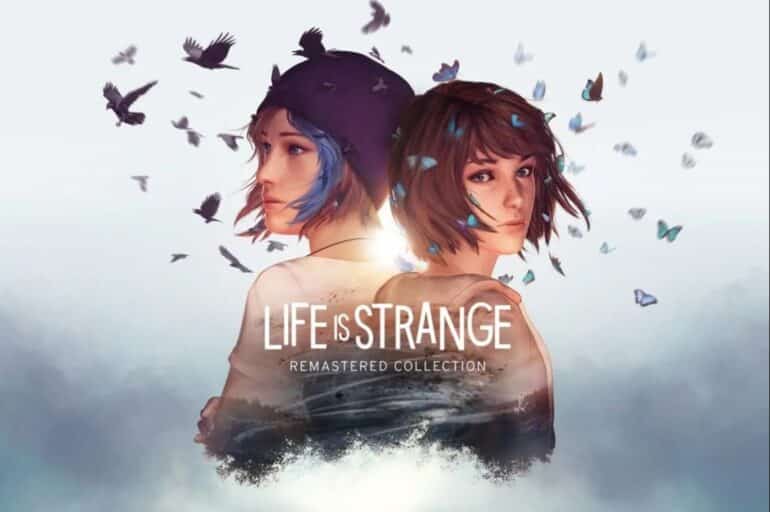 Life is Strange is an adventure puzzle game and a critically acclaimed one that released back in 2015. With all its sequels and spinoffs, this has been a franchise which I know little of. I had no idea what the games were about as I jumped in excited to experience the new Life is Strange Remastered Collection. Simply put, the collection contains the remastered versions of Life is Strange and its prequel, Life is Strange: Before the Storm along with a bonus Episode.

Better than the sum of its parts is one way to describe Life is Strange Remastered Collection. I have many thoughts on the game and never have I thought that they would be so conflicted. Starting off, we are playing as Max as she pushes forward into a storm towards a light house. We, along with the main character, are thrusted into this dream and we both have no clue what is going on.

Max Caulfield, a introverted hipster teenager, then wakes up in her photography class in Blackwell Academy. Max is clumsy, awkward, and likes to take selfies. it all seems like a normal day until suddenly she realizes that she can rewind time while trying to reach out to her camera she broke by mistake. After realizing that she can rewind time, Max rushes to the bathroom after class where she sees her childhood friend Chloe trying to deal drugs and getting shot by a bully which leads her into rewinding time to save her.

This is the main hook of the game and as we explore the halls of Blackwell and see all our surroundings, we are left with many interesting questions to mull over such as:

Why does Max have time rewind powers? What is the big storm? What is Chloe doing here? What does Max do about a classmate carrying a gun around? Why are there missing person posters everywhere for someone called Rachel?

These are just some of the hooks of the game that try to get the player invested and I was hooked. This is all I would be saying about the story of the game as it’s mystery is what drives the game and spoiling that would ruin it. The story mainly revolves around Max and Chloe rediscovering each other as friends or maybe more, while they try to solve all the crazy stuff around them.

The setting of a beaten down American town is fun with great complimenting music. And the art was simple and beautiful. But at the same time I thought the game has horribly cringe dialogue. Most of the characters are stereotypes of high school students. Max and Chloe are the two exceptions to this rule but even here Max as the main protagonist is bit too calm for someone who discovered they can bend time as they please.

The concept of turning back time in an adventure game to redo choices is genius as the players can evaluate the various shot term outcomes of those choices. But Max’s powers more often than not, break the rules it sets up in the story. At the same time, Max ends up looking stupid in some scenarios where she could have easily made a better choice by rewinding time.

The game itself is on a balance with bad/horrible dialogue between vapid characters while at the same time managing to discuss and portray topics such as suicide/depression very effectively. It is a very odd mixture that manages to balance everything, for the most part, until the final episode. It kind of goes off the rails at that point trying to explain most of the mysteries. I understand all the critical praise it has received, and while I may not completely agree, I respect the game for being one of the most interesting games I have ever played.

That is why I was disappointed with Life is Strange: Before the Storm, the second game in the collection. It is the second game in the collection and it is a prequel where we follow Chloe and on how she met her friend/lover Rachel (The missing girl in the first game). It is kind of interesting to see Chloe younger by about three years before the main game. And Rachel, who is just an idealized missing person in Life is Strange, now is one of our main characters and she is written really damn well.

Intentionally or not, the character of Rachel seems to be gaslighting Chloe. Their friendship is really realistic and cute but there is an unsettling undertone with the character of Rachel. But just this alone is not enough to carry the game as it can get boring at times and is just three episodes compared to the five of the previous game. The gameplay is even toned down as Chloe does not have powers like Max. So now there is a mini game where she can talk smack to people for winning arguments. The problem is the dialogue here is very inconsistent and unbelievable.

There is also a bonus episode which is just young Max and Chloe but it is kind of pointless, in my opinion. On the whole, the prequels had intrigue and some fun parts but was mostly a bore to get through.

But this is not the base game that I am playing but rather the remaster and it saddens me to say that the remaster is really buggy. There are times when the music just stops and cut abruptly, characters get stuck on terrain, dialogue of two scenarios can overplay on each other, bad lip sync, and sometimes the subtitles do not load but rather their file name is what replaces it.

Life is Strange Remastered Collection has many bugs across its games, and while the bugs themselves may not be game breaking, they sure are immersion shattering.

All in all, Life is Strange Remastered Collection, as a game, is better than the sum of its parts. I’ve found it to be flawed yet fascinating and interesting. The same can be said for parts of its prequels but that game can also be a bore sometimes. Whatever the case may be, these are game I would recommend to anyone curious as Life is Strange has a lot to offer which may connect better with you. But I do recommend you hold off on this remaster until the bugs have been addressed.

Life is Strange Remastered Collection – Review
Score Definition
You better have to choose if it’s worth spending your spare cash, because it might not be the game for you and it might be for others.
Pros
Fascinating and Interesting Story
Interesting Main Characters
Good Music completing beautiful setting
Immersive yet odd storytelling
Cons
Bad/Cringey Dialogue
Bad Pacing in the Prequel
Immersion breaking bugs
Noticeably Bad Lip Sync
6
Justified