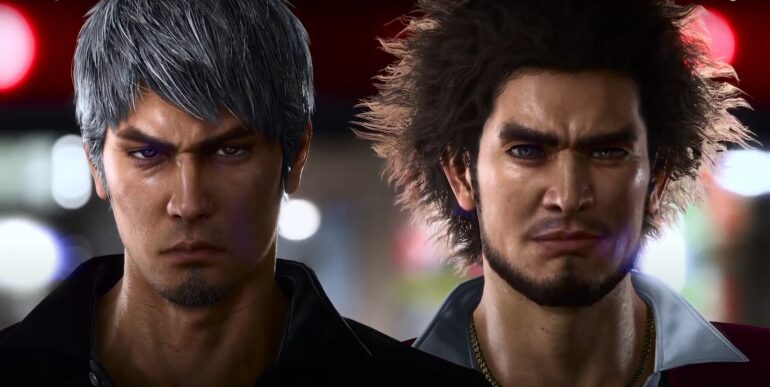 The RGG Summit 2022 has recently concluded and has made three new announcements including the newest entry to the Yakuza series, Like a Dragon 8. Instead of adding Yakuza to the title though, moving forward future titles will be called Like a Dragon. This actually translates literally to the Japanese name of the game, Ryu Ga Gotoku.

Too Early in Development

According to the developers, Like a Dragon 8 is still a long way from completion. They even confirmed that the recording of the voice lines has not started yet. It is planned for release sometime in 2024.

Tale of the Trailer

The announcement trailer starts with Kamarucho’s famous gateway and some voices could be heard in the background. A few minutes forward, two shadows appear in the gateway and when they get a closeup, it shows Yakuza Like a Dragon protagonist Ichiban Kasuga and Yakuza 0-6 hero Kazuma Kiryu with a different hairstyle and dyed with silver or just his gray hairs. For now, the reason for the change of hairdo is a secret, but some speculate this will be explained in the other title that RGG Studio revealed, Like a Dragon Gaiden The Man Who Erased His Name.

Similar but Not Similar to Yakuza 0

RGG Studio Executive Producer Masayoshi Yokoyama revealed that the dual protagonist mechanic will be similar to Yakuza 0, but he clarified it will be more complicated than that. It seems he means to say that both characters will be involved in one main story and have two individual tales as well. He also confirmed that it will be the largest Like a Dragon game to date.