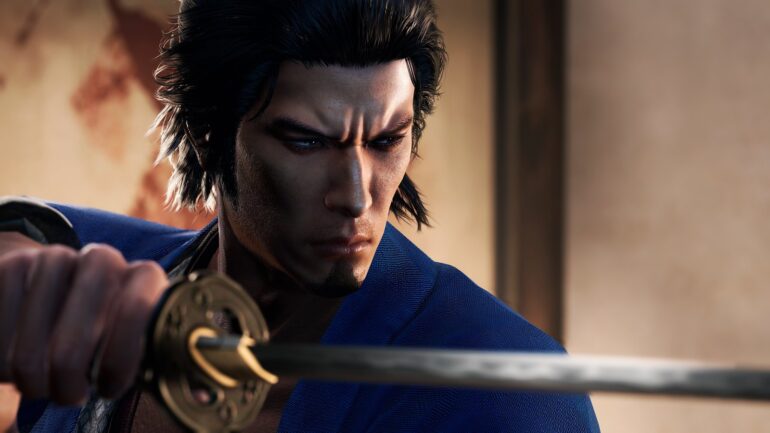 SEGA has recently announced that a fan favorite and a Japan-exclusive Yakuza game is finally coming to the west, which is Like a Dragon Ishin!

Like a Dragon Ishin! will finally be available worldwide when it launches this coming February 2023. This was one of the most wanted Yakuza games that fans wanted to be localized for the west. It seems RGG Studio has granted their wishes and made them come true with this big announcement.

The game is an action-adventure historical thriller set in 1860s Kyo, which is a fictionalized version of Kyoto. Players will be able to experience a particular part of Japanese history where the samurai era ended. They will be walking in the shoes of Sakamoto Ryoma, a true historical figure who was the one to overthrow the shogunate and taking Japan into a radical reformation.

Kazuma Kiryu will be cast as Sakamoto Ryoma in this game. Goro Majima and other Yakuza characters will be joining Ryoma as friends and foes in this fictional 1860s Kyo.

Ryoma has four killer combat styles which are the Swordsman style, Gunman style, Wild Dancer Style, and the brutal Brawler style. Each has its own advantages and disadvantages in combat.

This game has epic heat actions too from summoning a tiger to maul enemies to weird ones like shoving pickled plums down an enemy’s throat. Each stage has their own new moves to discover.

Like a Dragon Ishin! is the first title from RGG Studio to be built on Unreal Engine 4, which gives it quite a polish. It has new textures and other graphical details that highly improve the game.

More details will be shown in the upcoming RGG Summit Livestream on September 14, 2022 at 3 AM PT.

Like a Dragon Ishin! is launching in February 2023 for PS4 and PS5.