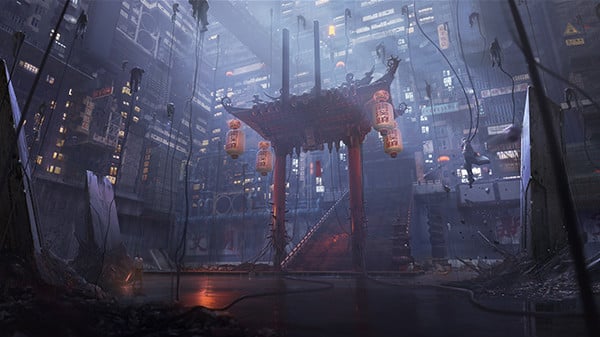 Publisher and Developer eBrain Studio has announced today that a playable demo for its roguelite action-thriller, Loopmancer, is now available on PC (via Steam).

From cyber ninjas to opera mask-wearing gangsters, Loopmancer will allow players to mutilate a host of different enemy types.

Kill, die, and enact revenge in the infinite cycle to uncover the connections between your case, your murder, and your limitless resurrection. Since bionic cyborgs, deformed mutants, and street-level gangsters. Unlock cybernetic enhancements, high-tech guns, and explosive abilities to perfect the art of slow-motion annihilation.

To commemorate the occasion, the publisher released a demo announcement previewing the game and what players can expect from it.

Enter a megacity underworld in the Far East as Xiang Zixu, a private detective investigating the vanishing of a famous reporter. Following a crucial lead, he is murdered, only to awaken in his bed. Xiang discovers that time resets when he dies, bringing him back to his apartment.

What the hell is going on!?

In the game, players will explore seven massive cyberpunk levels, each with its own unique aesthetic and design. Avoid hidden traps and solve clever puzzles across bustling streets and chilling ghost towns. Every death is an opportunity to revisit one of these intricately designed levels – with different randomly generated layouts to feed your adrenaline rush.

Make choices and investigate side paths in each level to unlock seven unique endings. Discover how each decision you make affects Xiang and the twisted lives of the people you meet

Do you have what it takes to become a Loopmancer?

The demo integrates NVIDIA DLSS for performance boosting. NVIDIA DLSS is an AI super-resolution algorithm accelerated by Tenser Cores on GeForce RTX GPUs. It allows the game to render at 1080p, improving framerates. It also uses AI and game engine data to deliver the image of a native 4K output.

The full version of Loopmancer will include Ray Tracing. Please stay tuned for more updates.

Loopmancer is set to launch on PC (via Steam) in the first half of 2022.