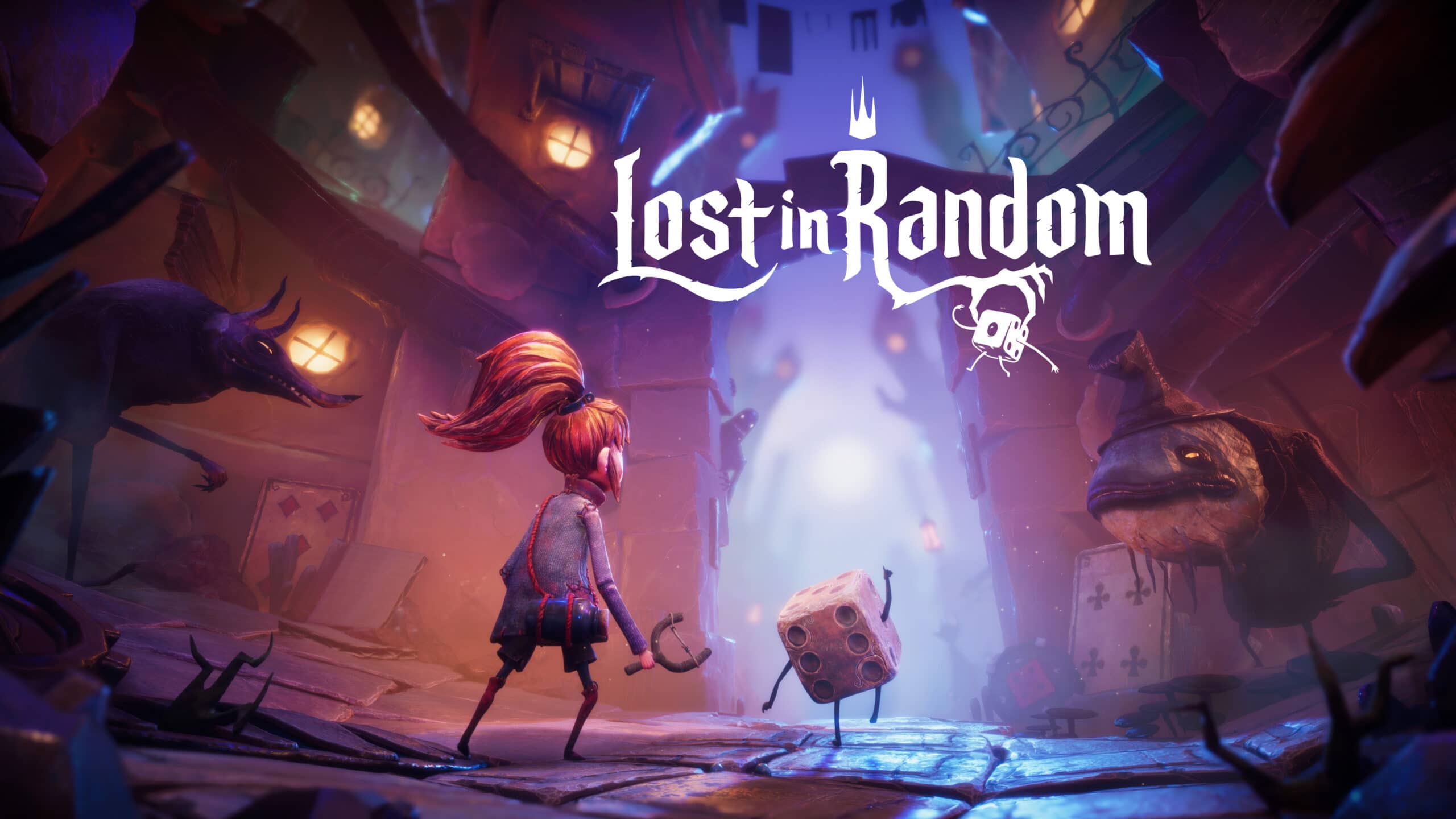 It wasn't chance that determined the fate of an entire kingdom

Once a child reaches the age of 12, it is customary for the Queen of Random to decide what their role in society is going to be. With the throw of her dice, she, and she alone, determines their lot in life: from what job they will have, to where they will live, to who they associate with, everything. This was life in the land of Random. It would take a great force to change things for the better… or it could just be a little girl who managed to get herself lost in Random in her search for her lost sister.

Lost in Random is an action-adventure game that involves a chance system, a card system, and a bit of puzzle solving. Players take control of young Even on her quest to save her sister from the clutches of the evil Queen of Random. Her journey will take her to all 6 corners of the kingdom, where she will meet a colorful cast of characters, all affected by the queen’s madness in some form or another. At her side is her best friend, Dicey, a sentient dice from a land long forgotten to the sands of time. Together, they face challenges both large and small. All the while betting on themselves to overcome the odds. Even when the odds are stacked heavily against them.

Combat in the game involves the player picking up dice energy to power up Dicey. To do this, they either need to shoot stray crystals with Even’s slingshot or blink dodge past enemies. Once Dicey has taken in enough energy, a card will reveal itself. The player must then choose to roll Dicey or build up energy for a full 5 card hand. Either way, once Even lets go of her partner, it’s all up to chance and a deck of cards that’ll determine her next course of action.

A deck of cards consists of 15 cards. At the start of the game, any new cards Even finds gets automatically added to her deck. Once there are 16 cards in her collection, that’s where the real work begins. With an entire set of 34 unique cards, the player can mix and match cards to their heart’s content. They can decide to have all single copies or have 3 copies of the same card. It’s all up to them. The thing Lost in Random does very well is pacing the player with the kinds of cards they can acquire. Dicey is mostly incomplete in the beginning, with his highest roll being only a 2. And that works well with the starter cards that need 1 or 2 tokens to activate. Over the course of the story, various individuals help him out until he reaches full strength with a 6 roll.

There are 5 card types in Lost in Random: Weapon, Damage, Defense, Hazard, and Cheat. Weapon allows Even to wield an energy weapon ranging from a sword to a lance. Each hit on an enemy wears down the weapon. Damage cards deal extra damage when the right conditions are met. Defense cards usually either heal damage or mitigate damage. Hazard cards have one job – they enter the battlefield, cause some mayhem, and then leave. Cheat cards refer to anything that could tip the odds in your favor. Be it lowering the cost of cards in your hand, or gaining more token to use on other cards. There are some obvious and not so obvious combinations for the player to figure out. Either way, with a deck only 15 cards deep, there will be plenty of opportunities to experiment with synergy.

The journey to Sixtopia is a long and twisty one. Every town Even and Dicey walk into is filled with nothing but misery and indifference. When the pair are not shooting pots for coins, solving puzzles to unlock story book pages, or spending money in Mannie Dex’s card shop; you can find them aiding the general populace to secure passage to the next town over. Helping the townspeople out is kind of rewarding in its own way, if only for the cleverly written dialogue. But believe me when I say that when you are helping folks from the bottom to the top, you are going to be in town for a while. It helps that the map menu tracks all side-quests and collectibles.

The game’s visuals are something you’d expect from a Tim Burton movie, and done wonderfully so for a video game. Characters have long arms and they appear like caricatures for greater emphasis. Heck, most characters aren’t even human, at all. Some speak a language I can’t even comprehend. The environments lack in color variety, and yet they are striking in their own way. All these things combined make for a unique visual set that’s easily recognizable. The background music is best described as mischievous and mysterious at the same time. It’s pretty much whimsical in and out of combat. The voice acting is some of the best I’ve heard in a while. There is something about their delivery of lines that make the scenes all the more wonderful.

As good as this game feels like most of the time. There are some things that just feel off. For starters, the camera gets behind objects in the foreground. Potentially blocking the player’s view in key moments. The combat’s a bit too floaty compared to what I’m used to. It should be fine for most players looking for a narrative experience, but combat is something others might have to get used to first. Also, action doesn’t pause during a cutscene. There were times I would command Dicey to use an explosive attack on a boss, but a cutscene resets our position, and the Dicey blows up mid-dialogue. Even got hurt in the attack, and it kind of took me out of the moment. (I don’t think I’ve used that card since.) And finally, the single save feature is too bare bones. Even in a narrative focused game like this. There is enough content here for a good 6-8 hours. If something were to happen, then that playthrough’s as good as gone. All-in-all, these are actually minor complaints to an otherwise brilliant game.

One of the things that took me by surprise in my entire playthrough is how deep the writing is. The game’s story is all about fear and loss, and on the opposite side, hope and determination. Even’s tale is full of ups and downs, but it’s the stories where common folk accept and move on resonate with me the most. In my opinion, the writing didn’t try to set it itself apart. I believe it was concerned with one thing: telling a good story.

Lost in Random has the potential of a modern classic in the making. More than the Tim Burton vibes or the uniqueness of the combat mechanics. There is a certain charm to its writing and the line delivery that’s hard to place, be the epic poetry battle with Mayor Royam or Seemore giving Even a pep talk worthy of a sports underdog movie. It’s one of those games that I would actually consider a sleeper hit. As such, I highly recommend for the story content first. The combat, a near second.

Lost in Random – Review
Score Definition
When the issues of a game are rolled and stomped by its greatness, then it’s something to invest on if you have some spare.
Pros
Charming story of love and loss
Interesting combat mechanics
Top notch world building
Unique and recognizable art style
Cons
Camera gets stuck behind foreground objects
Action doesn't pause during cutscenes
Single save file throughout the adventure
8
Great
Start typing to see results or hit ESC to close
See all results