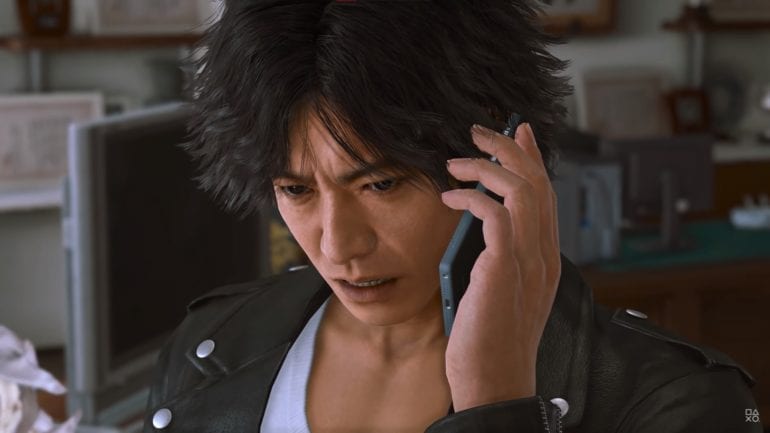 After the announcement of the newest video game sequel Lost Judgment, a slip was seen by eagle-eyed fans that could seem to indicate another platform in the near future.

Twitter user Wario64, the one who leaked the sequel last night, has recently found out that it could be coming to PC later on. He spotted the Steam logo on the official website, but for some reason, it got removed quickly. As one of the visitors of the official website after the livestream was done, I also noticed that it was loading quite poorly and it sometimes disconnected. This could have been the time where the studio hastily erased the logo from it so that no one could notice, but unfortunately some did. The bad news is, there is no screenshot of the logo ever appearing on it as evidence.

Wario64 then found out on code that there is a mention of the Steam logo in the official website. It clearly says that so that could mean one thing, possibly. It could be coming to Steam/Windows 10, but it could be a timed exclusive for the consoles. We will have to wait and see for Ryu Ga Gotoku to officially confirm that.

The game is being announced for PlayStation 5, Xbox Series X|S, PlayStation 4 and Xbox One. Sega has no plans to bring Lost Judgment to PC at this time.

While it debunks the rumor, it does say at the end, “at this time”. There is still a possibility it will be launched later on PC. Hopefully, that’s a big chance.