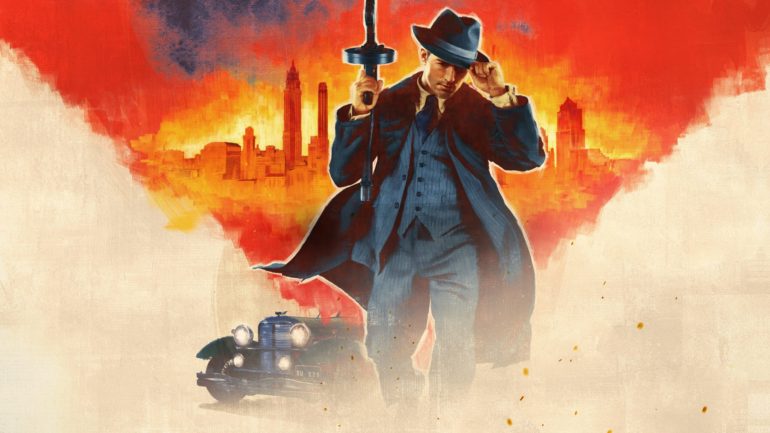 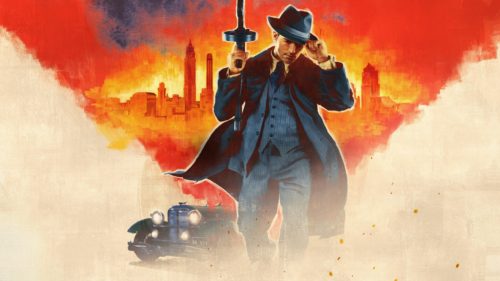 Loyalty is the cornerstone to any organization, be it in the business sense or in the less savory world of organized crime. There is no better measure of a mobster’s worth than his undying loyalty to his don. At least that’s what it’s supposed to be like. In reality, hunger for power is a far greater driving force than anything else in the mob world. And what happens when the actions of the powerful contradict the values that maintain order? Who do you turn to when you can’t even trust the very people who are supposed to be looking out for you?

Mafia: Definitive Edition is an action-adventure game that tells the story of ex-gangster, Thomas Angelo. During the course of the story mode, players get to experience Tommy’s rise within the ranks of the Salieri crime family up until his inevitable turn to state witness in order to save himself and his family. The game places a heavy emphasis on cover shooting mechanics and driving set pieces. Outside of the story, the player is able to do extra jobs in free mode, unlocking vehicles, and costumes to use in story chapters.

There are 20 chapters in Mafia’s Story mode. The beginning of most chapters asks the player to drive to a certain location in order to progress the story. Upon arriving at said location, they are tasked to complete objectives like protecting cargo or infiltrating an area via stealth. However, the vast majority of encounters involve shootouts with rival gangs. Because enemies are both somewhat accurate and deadly, it is essential that players stay behind cover until they get a handle of the situation. From there, both sides exchange bullets from a cover of safety. Or choose to peek out for more accuracy but risk exposing oneself to fire.

Players can only carry one single-handed weapon and one double-handed one at a time. There isn’t much to offer in terms of variety. What they do have, however, are very well defined. The service revolver and the pocket revolver are similar in many ways except for the fire rate. But they do not compare to the raw stopping of the magnum revolver. The automatic pistol and the lupara shotgun are there too, all in a class of their own. For long weapons, we have the pump shotgun, bolt-action rifle, and the iconic Tommy gun.

To round out the arsenal, the player can choose between blunt weapons like a baseball bat or a pocket knife. Throwables such as the Molotov cocktail and the hand grenade are quite rare and for good reason. It wouldn’t be much of a cover shooter if it only takes one hand grenade to mess everything up.

Vehicles in the game handle differently depending on a range of stats such as acceleration and tire grip. The game’s 2 driving modes, regular and simulation, dictate how they perform on the road. Players who choose to go simulation will find that most cars become less reactive at high speeds as tire grip and suspension are more realistic. Regular is more forgiving with similarities to how other cars handle in other titles. Regardless of how the player chooses to drive their vehicles, the line up of cars is authentic for the time period. The image of the gangster hanging off the side window holding the Tommy? Yeah, it is only authentic if the car is a dark-colored sedan. On a side note, the additional motorcycles is a welcome change to the game.

Outside of story mode, the player can roam around Lost Heaven in Free Mode. Here, they are able to hunt down collectibles they couldn’t get while in story mode. They also have missions from the mysterious Herbert Baskerville. Completing his jobs will reward the player with additional costumes, unique vehicles, and powerful golden guns. Car jobs from Lucas Bertone that once appeared in certain chapters in the original’s story mode are now only doable in Free Mode. In the Definitive Edition, Lucas shows Tommy a postcard where a potential car could be found. More become available as the story progresses.

The character models are some of the best in the current generation. And they needed to be. Retelling the story of the cult classic from 2003 is no easy feat. But the folks at Hangar 13 were more than up to the task. The amount of detail and attention put into the tale is nothing short of amazing. The cutscenes give off the same atmosphere as an actual TV crime drama. I only wish that level of detail was also present for the rest of the city. Don’t get me wrong, the puddles are a nice touch, but there are some things that don’t look as pretty under scrutiny.

Lost Heaven may look pretty from afar, but when you look at it very closely, you begin to notice some unwanted details. The foliage, for example, doesn’t look as nice as it should be. They often pop up out of nowhere as if loading them into view was a heavy task. NPC’s do other things like hanging up laundry and selling papers. While others beg on the street, an unfortunate effect of the Great Depression. The ones on sidewalks sometimes break character and freeze in front of cars. And I’m not talking about deer in the headlights kind of thing, they will get animation stuck and slide off the car without a care in the world.

The acting is some of the best the series has ever done. It is light years ahead of the original game. This is especially true for the supporting cast. In the original game, it felt like only one guy was doing the voice of random NPC’s and enemies. Now, those enemies have unique voices and character models of their own – at least the unique ones that interact with Tommy. Weapon sounds have a bit of weight to them, without being overwhelming. Car horns and sirens are period-accurate as well. To top it all off, the game’s musical scores go above and beyond what’s necessary for a remake.

Thomas Angelo was an ordinary taxi driver before he met Paulie and Sam. And before he knew it, he was dragged into a war between Salieri’s and Morello’s gang. The age of Prohibition provided an interesting opportunity for the gangs of Lost Heaven. As the only source of alcohol around, they have become more powerful than ever before. And with it, comes a new set of hardships. Soldiers like Tommy begin to realize that ‘the life’ is not everything he thought it was. Eventually, something had to give. For the sake of his wife and daughter, he needed to do something… drastic.

From all the things that stood out in the remake, I think character development stood out more than most. Characters like Paulie, Sam, and Sarah play much bigger roles in the story compared to the original. When Paulie gets drunk, he opens up about the side of ‘the life’ that he doesn’t want Tommy to know. Sam plays off his cool and calculating side while being a low key ladies man. Sarah gets more than just a chapter dedicated to her. She now appears in multiple chapters, often as Tommy’s emotional anchor and dedicated wife. By the end of the story, it becomes crystal clear why Tommy did what he did, despite everything he’s been through.

My biggest gripe in the game is the lighting that happens outside of the city. For some reason, the map goes completely dark in some locations in the countryside, and it’s just off-putting. Other than that, the general lighting in the game is good, but lacking. I hope it’s only an issue with optimization on the PS4 console. It’d be a shame if the issue persists in high-end rigs. The physics can be tricky to get a handle of sometimes. What appears to be a smooth ramp can become a death trap in a split second. I don’t know why it registers as a wall but the occasional wonky physics is quite annoying. The game is also afflicted by a handful of technical issues, affecting controls and sounds. It appears to be temporary though as replaying that chapter fixes the issue.

On another note, I didn’t like some of the design decisions at first. Moving the car extra missions to Free Mode made sense to some extent. But the fact that they removed some alternate endings was a source of concern. I’m talking about the alternate endings and hidden stuff that can go unnoticed for nearly 20 years. But then it hit me, what’s the point of making an epic ending for Creme de la Creme if some don’t get to see it over the bridge ending? I guess it’s worth removing some extra features if the what’s present in the remake is really well made.

From the start of the game’s iconic opening score, you know it’s going to be something special. With the ability for the player to choose their Mafia experience, the replay value for the game goes through the roof. The shooting and driving segments are some of the best the series has to offer. Though it possesses no shortage of technical issues, the story and all the side activities in Free Mode make up for all the shortcomings.

For series veterans and first-timers, Mafia: Definitive Edition is a labor of love for more than just the original game, but for the Mafia community whose support made this game possible. Series veterans will also take note of the changes in the story. The changes aren’t groundbreaking by any stretch of the imagination, just the framing of some story elements have been changed to make the story more in line with the current series of games. This is yet another amazing remake that fully embraces many of the things that made the original so special to so many people. 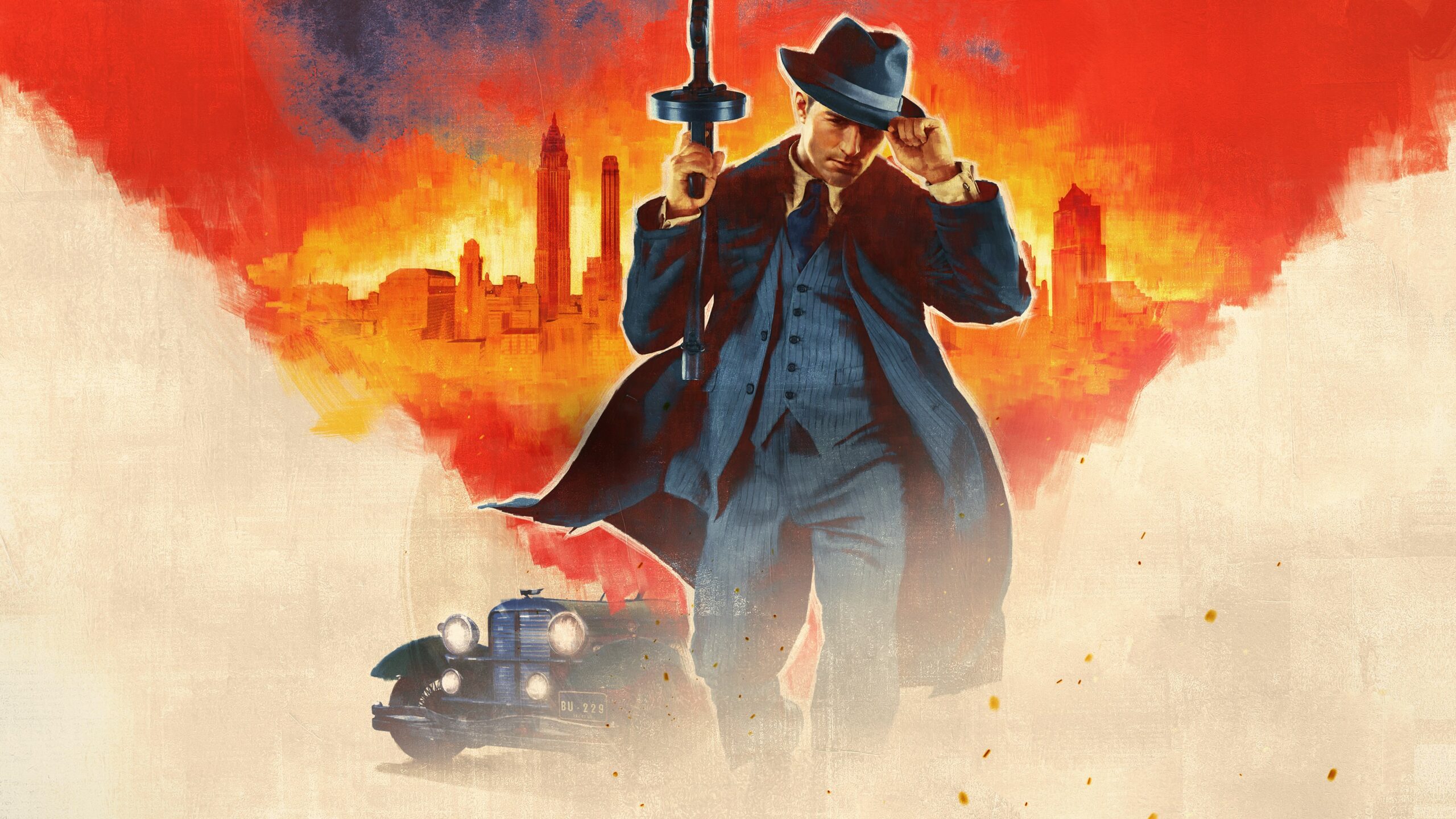 Mafia: Definitive Edition – Review
Score Definition
When the issues of a game are rolled and stomped by its greatness, then it’s something to invest on if you have some spare time.
Pros
Faithful recreation of the original
Changes to the story without changing anything crucial
Highly refined gunplay and driving segments
The option to choose your Mafia experience
Free ride adds many hours to the game
Cons
Lighting issues in certain areas
Sporadic technical issues
Instances of object pop in
Inconsistent physics
8.5
Great