Mafia: Trilogy Is Out Today; ‘Mafia Made A Lasting Impact’ Says Hangar 13 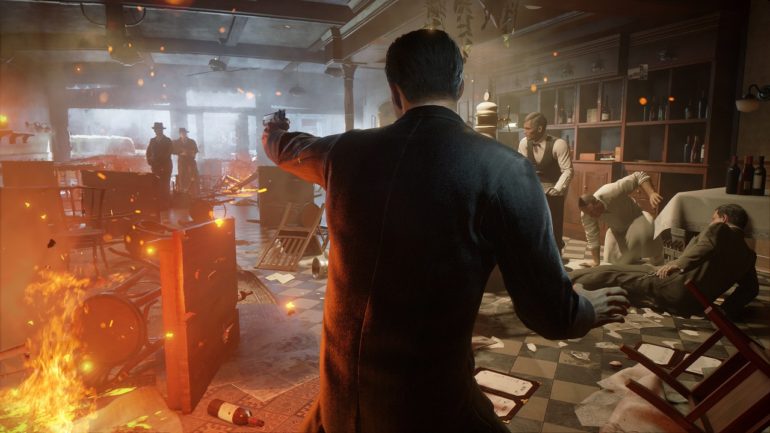 Game developer Hangar 13 is proud to announce the full details of definitive video game compilation Mafia: Trilogy, the only series that lets players live the life of a gangster from different eras in America.

The whole series has already sold more than 18 million copies worldwide and this new trilogy will be coming to modern consoles. This time around these will be the definitive versions with improved visuals and better gameplay. The trilogy will include the following:

Mafia II and Mafia III Definitive Editions will have all original bonus add-on content. To add to that, fans will be treated with a completely remastered 4K compatible visuals for Mafia II.

Mafia: Definitive Edition is a full overhauled remake of the original version of the title. It will now have an updated script with new dialogue, expanded backstories, and look forward to new cutscenes that fans of the original have not seen before. It will have new gameplay sequences and features, which is powered by the same game engine that was used by Mafia III with other tweaks.

The physical edition of the trilogy will be released in full on August 28 (US). It is currently planned for release in select territories within the EMEA region.

“The original Mafia made such a lasting impact on how video games can tell serious stories, and we know how much the series’ fans still revere it,” said Haden Blackman, President and CCO at Hangar 13, who led the development of Mafia: Definitive Edition. “Nearly 20 years after the Mafia series started, we now have an amazing opportunity to introduce this beloved game to a new generation of players and give longtime fans a chance to relive Tommy’s story with a stellar modern presentation, as well as new story elements and gameplay features.”

Mafia II and Mafia II: Definitive Editions will cost USD $29.99 each, Mafia: Definitive Edition has a price tag of USD $39.99, and the Mafia: Trilogy both digital and physical versions will cost USD $59.99. The game trilogy will be available on PS4, Xbox One, PC via Steam and Epic Games Store, and Google Stadia. The Google Stadia version will not be available in Asia and the release date has been affected by the coronavirus pandemic, while the Epic Games Store version is also affected by the global crisis.