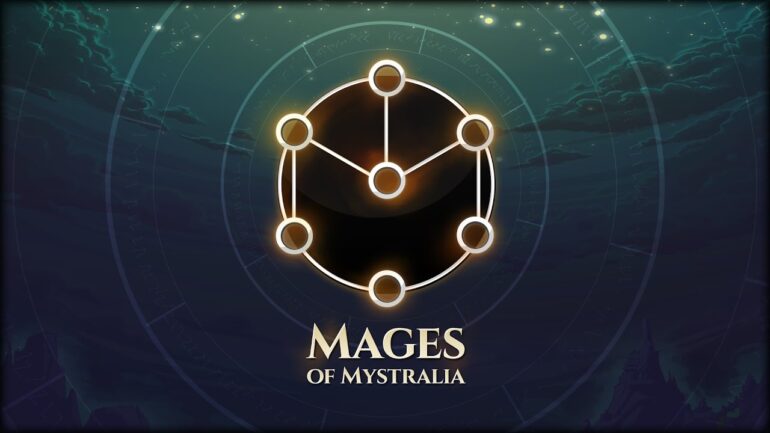 A coming of age story of a young woman who is destined for greatness. Magic and mystery collide in this platformer-puzzle action adventure. This is what Mages of Mystralia is all about. Let us see if this is worth picking up.

I was intrigued by the game when I first saw a gameplay trailer. It reminded me a lot of Yonder, which I recently reviewed, and other games like Zelda and World to the West. You start off the game as you witness a young girl named Zia be exiled by her own town for catching a house on fire. Devastated by the devastation she has brought upon her hometown she tries to understand what was going on. She soon discovers that she is a mage and that in order for her to turn her life back around was to harness this power that she has.

The game lets you choose between two modes before you start the game. You can either focus on the adventure or focus on the challenging gameplay. The game doesn’t have the traditional tutorial that teaches you everything you need to know. What it does though is it incorporates it with the story making it out as that Zia needs to discover these on her own. On her way to train, she stumbles upon a spellbook that basically teaches her all the spells she needs to survive in this world. 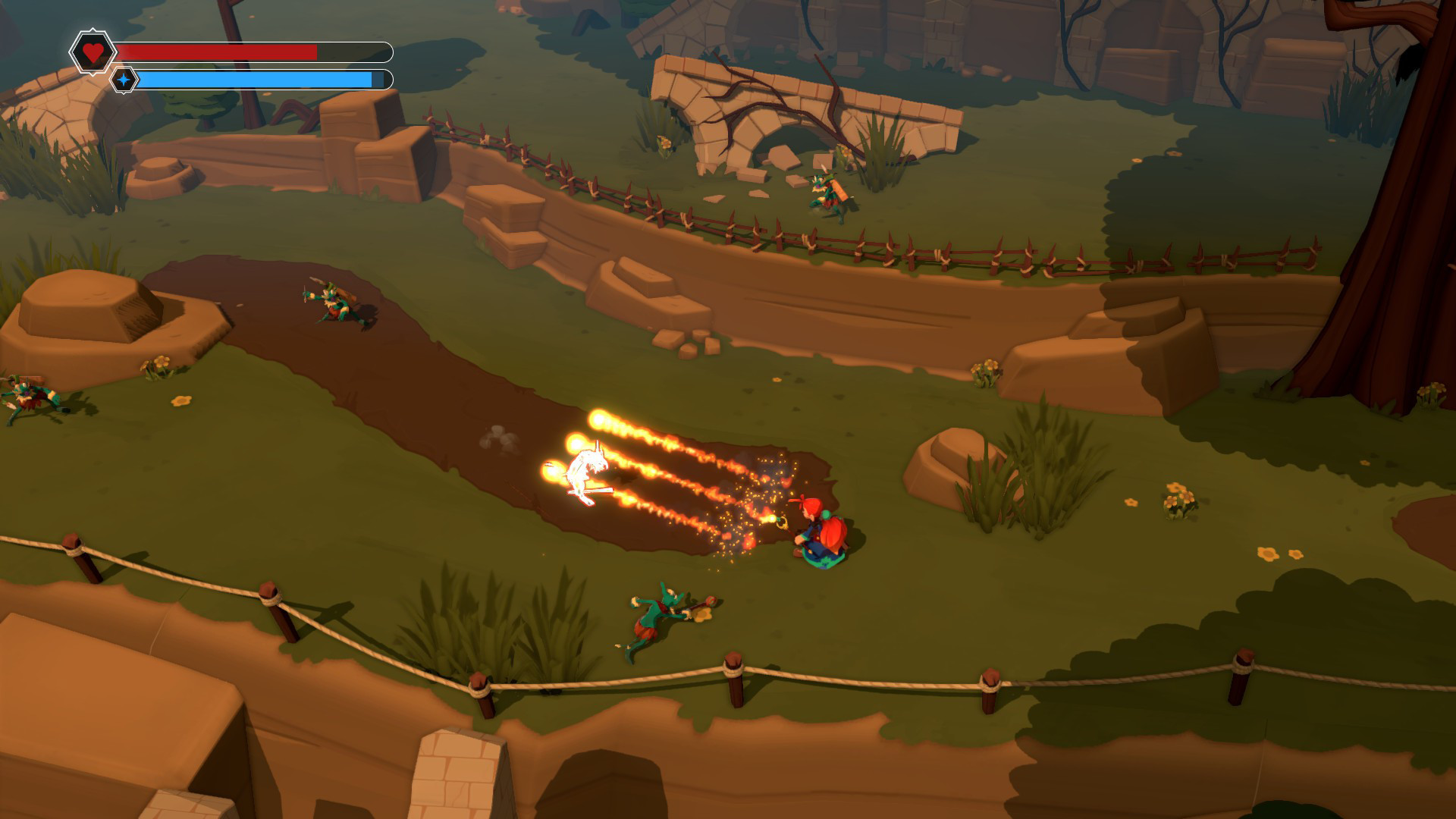 From here on out, it’s a matter of using your wits about you to create powerful spells that will help you along the way. So how do you create spells? Once you gain access to the spellbook, you will then start acquiring runes. There are three types of runes. These are the Behavior runes, Augment runes, and Trigger runes.

Behavior runes change the way a spell works. For example, adding a Move behavior rune to the Igni spell allows you to shoot the fireball, basically making it “move.” The behavior runes can either apply to one or all of the spell types. So it restricts the uses of the rune to specific spell types it can be used on.

Augment runes on the other hand add an additional effect to the spell. It could be anything from controlling the direction of the spell or even the duration of the spell. An example of this would be adding a Right augment rune to the Igni spell with the Move behavior rune to make the fireball swerve to the right.

It was fun mix-and-matching the runes to the spell since the game doesn’t really teach you what spells become what. So it’s really up to you to figure out which spells you need and what runes you need to use to get the desired outcome. I remember jumping for joy one time when I discovered a new spell which helped me in an area where I would have had difficulties traversing otherwise. What makes it more challenging when creating spells is that you will have to align them correctly. The reason for this is because each rune has corresponding connecting arrows that will let you link it to other runes.

The downside of creating spells though is that it can be problematic once you’ve made hundreds of spells as you can only assign one spell for a specific spell type. Especially when you need two types of Ego spells to help you fight against a boss. You need to have quick reflexes to avoid being killed and save yourself in the nick of time. 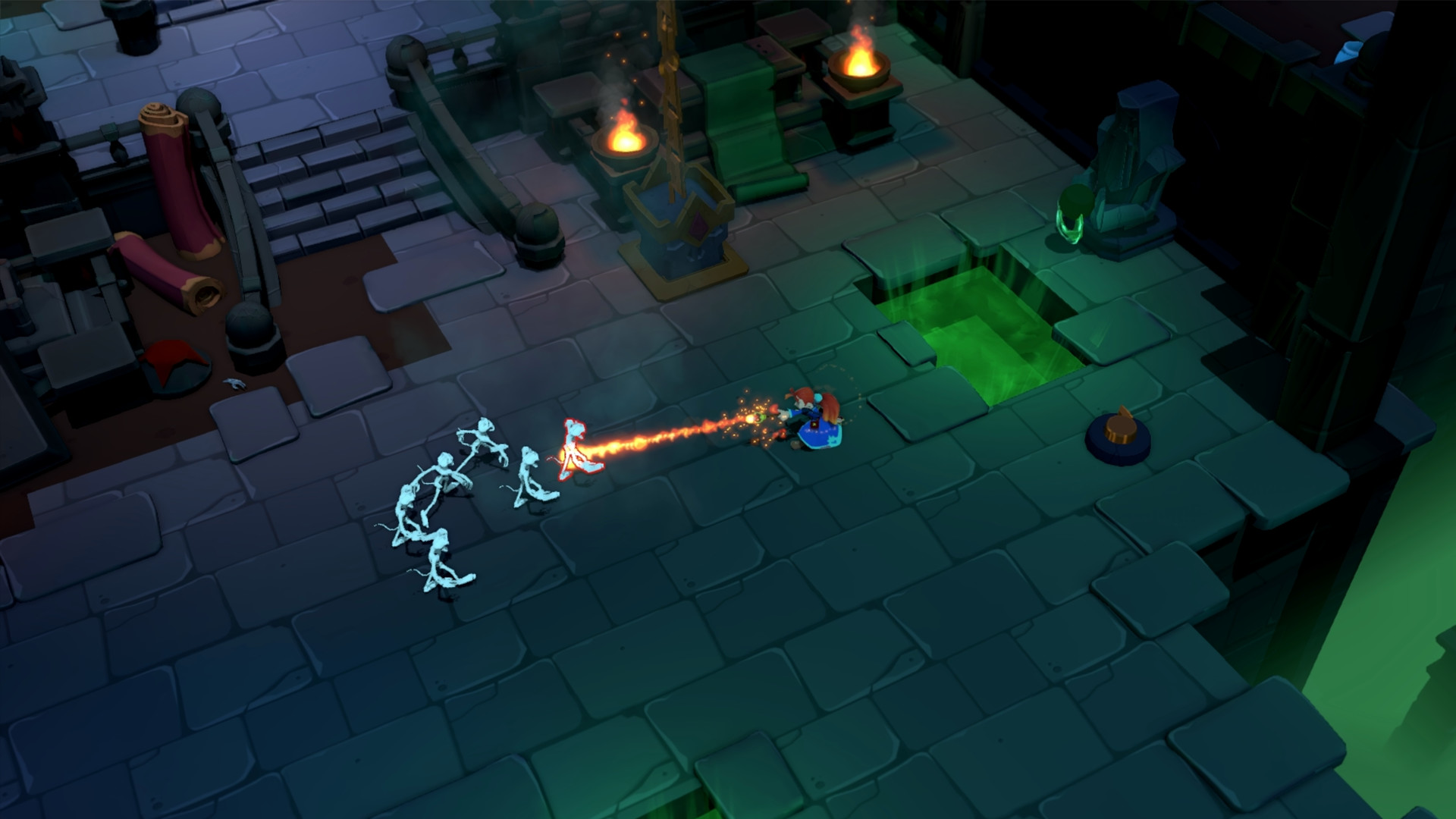 The story progresses each time you clear an area of the world. You will be tasked to complete quests in areas which usually involves defeating a boss of that area. Everytime you defeat a boss, you get an elixir item that will increase the maximum health and mana of Zia. The more you progress through the story, the more areas you can unlock up until you are able to free roam in the world by going through teleport sites.

There are also challenge portals in each area that transports you to a realm where you will either solve a torch puzzle or defeat enemies in order to obtain a treasure chest. Each treasure chest holds a specific reward and are usually rare. It can contain a purple bead that you can trade in to maximize your health and mana, some rare runes that have great and powerful effects and green beads that you can use to purchase items that merchants and NPCs sell.

There are also treasure chests scattered throughout the world. Some are easy to get to while others are behind locked stone doors that you can only open by solving the connecting link rune puzzles. They start simple but get difficult as you encounter more doors. Some other treasure chests can be unlocked by solving timed torch puzzles which are similar to the ones you encounter in the challenge portals. And some other chests can be accessed by stepping on a switch. You really have to be aware of your surroundings and be inquisitive to see if that lever or that barrel hides a switch to unlock a chest. It’s definitely a world full of possibilities. 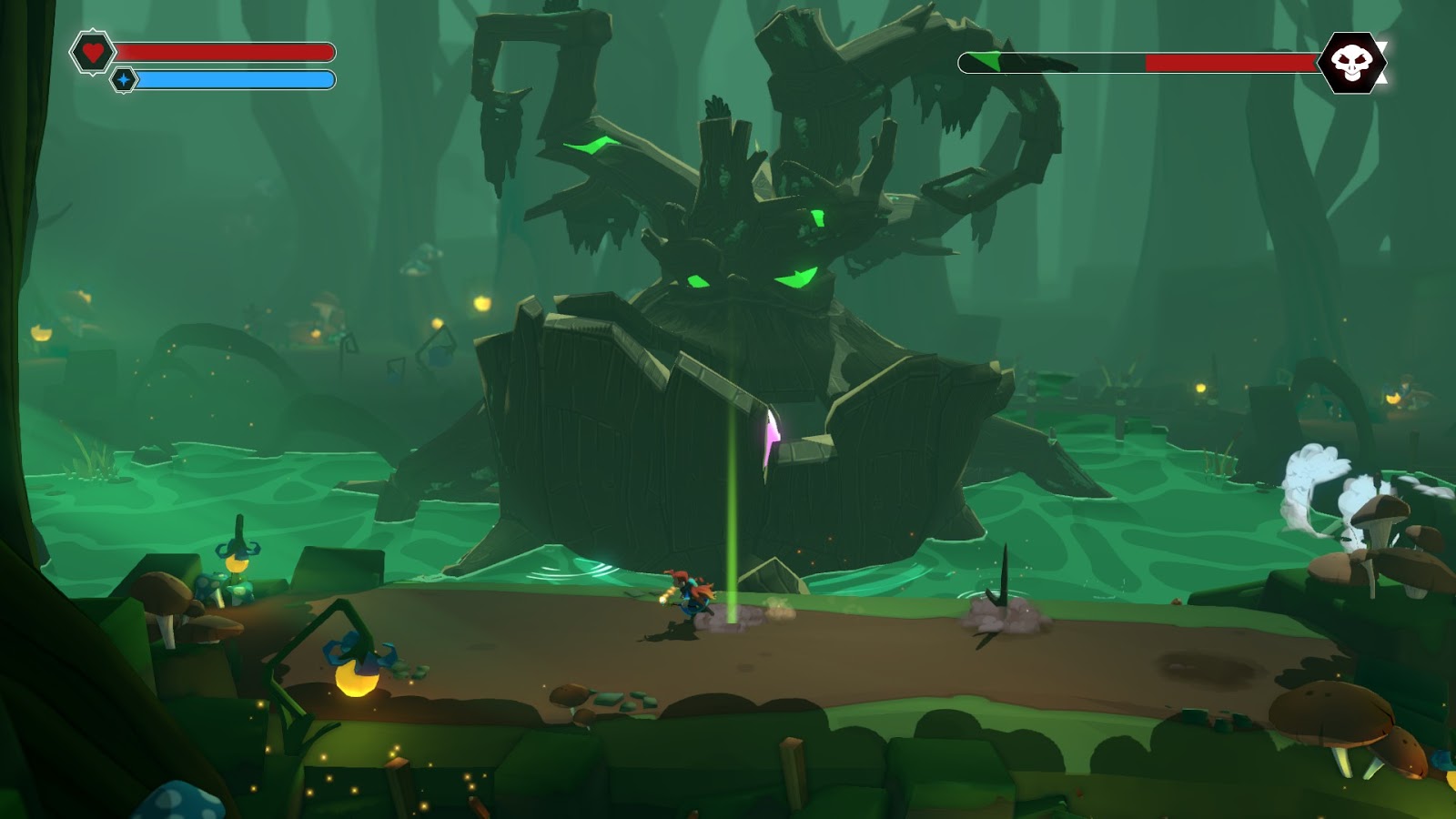 You can also change your basic wands for more powerful wands that can raise your affinity to certain spells. One of the earliest I got was a wand that raised Zia’s affinity to fire. The visible appearance of your wand also changes to whatever you equip to. These little details add more life to the already vibrant world of the game.  It’s so inviting and eye-catching that you can’t help but stare at all the beautiful colors that this game showcases.

You will encounter a variety of enemies in the game. Some are as simple as an orc with an axe in hand, while others will have you using your wits to defeat them. Take for example the stone golem that freezes everytime you face it and starts creeping up on you the moment you turn your back on it. The bosses are challenging, each of them having varying attack patterns that will have you thinking up strategies to defeat them.

There are so many things to discover in the world of Mystralia. It is best that you discover them yourself since this is where the fun really is. Discovering the world and unfolding its many secrets. It’s a really interesting game with all the spells and puzzles that this game has to offer. With hundreds of spell combinations and possibilities, you will never get tired of discovering a new spell that you can unleash upon your enemies. If you like games like Yonder and Zelda, then this game is definitely for you.

Mages of Mystralia - Review
Score Definition
When the issues of a game are rolled and stomped by its greatness, then it’s something to invest on if you have some spare.
Pros
Simple Yet Interesting Spellcrafting
Beautiful Open World
Challenging and Intuitive Puzzles
Great story and soundtrack
Cons
Can't Swim
Can't autolock or target enemies
Can't jump
Can only assign one spell per type
8.7
Great