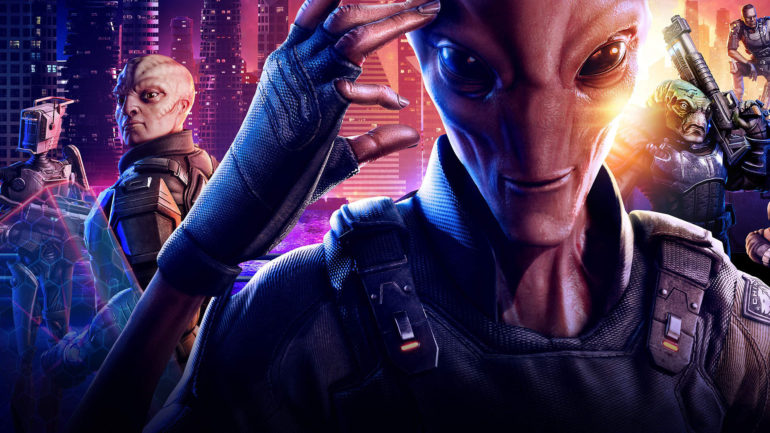 Heads up, first. This list will not include all character-specific abilities. Instead this article will focus mainly on general tips and tricks covering the city map, headquarters, armory, and some in-mission tips.

There will be tips and descriptions for the 4 main starting characters and the 4 other agents I have chosen for this playthrough.

There are a couple of junctures where builds differ. Specifically on the field agent and senior agent rank. It’s all about weighing in skills that you feel like using all the time over skills that you ‘might’ make use in some cases.

All agents who acquire the rank of principal-agent greatly swing the flow of battle in your favor. If you know how to utilize their unique skills.

All 4 starting team members are useful in practically every mission. It all boils down to equipment management. But all their skills are top-notch.

Godmother: She’s one of my most favorites agents to use. She is the closest thing to the assault class units in mainline XCOM games. Her first skill makes it so that she can hit multiple enemies within a cone at the cost of 2 ammo. Her other skill allows her to dodge the next subsequent enemy attack when she takes down an enemy.

A deadly flanker and front liner in general, Godmother is a versatile killing machine that gets around the map rather quickly while at the same time best suited for destroying cover.

Terminal: It’s so hard building a team that doesn’t have Terminal. She’s the team medic and not having her around leaves your team vulnerable for some reason. Her Gremlin heals a teammate for free on her turn. At higher ranks, her gremlin adds armor on top of the defense that it provides on an agent.

Her ultimate skill heals all allies for 4 points while at the same time removing debuffs. AND stabilizing downed allies in one fell swoop. One use per mission.

Cherub: His unique skill set allows him to draw the most fire during a breach. With him on the team, he can nullify all the damage from counter-attacks with a single skill. His barrier ability nulls damage on one attack. These, in turn, charge his shield, allowing for a powerful melee attack when fully charged. It acts more like a mobile support tank rather than a proper tank.

Verge: A physic specialist that takes control of the flow of combat. He can use berserk to force enemies hiding in the back to shoot at their friends. His stupor potential removes an enemy from play for a couple of turns. At higher ranks, the more minds that are connected in his neural network, the more effective he becomes. There is even a skill that heals him for a point for each mind connected at the end of his turn.

Claymore: Explosives specialist. He gets a shrapnel grenade every couple of turns and is really effective against groups of enemies. His sticky bomb ability forces enemies out of cover before exploding 4 tiles later. (Warning: enemy may potentially run towards civilians if said civilian is closer.) Slow and tanky, his place is truly on the frontlines soaking in damage which tossing grenades for days.

At his highest rank, he able to throw 2 shrapnel grenades without ending his turn, allowing him to finish enemies off with a more powerful sticky grenade.

Blueblood: Sharpshooter. His breaching skill allows him to ignore full cover and do direct damage to the enemy. His unique ability Deadeye allows him to take 2 shots per turn with reduced accuracy. With a good enough scope, you can potentially remove that accuracy penalty. Best used to mop up enemies as the 4th attacking member. Just really good at finishing off weakened enemies.

Patchwork: Robotics specialist. She has a gremlin that shocks enemies for 4 guaranteed damage. Does extra damage on robotic units. Patchwork’s other skill gives her a chance to hack an enemy robot. The chance rises up with her rank. She also has a skill that allows her to shock nearby enemies for 1 to 3 damage at the highest rank. The skill goes off even she is the one moving towards them.

At her highest rank, Patchwork is able to launch her gremlin to chain lightning all enemies within a certain number of squares. Stunning them in the process. One use per mission.

Zephyr: The definition of aggression. She is a close-quarter specialist who dives into enemy lines with no fear. Zephyr’s default attacks hurt a lot, but kills her opponents. At higher ranks, her base melee attack knocks enemies out instead of killing them. On top of that, there is a possibility that her attacks might stun a target. At the end of the attack, she has the option to reposition to cover or use her parry ability to completely nullify the next attack on her.

Her other skill allows her to fight all enemies within a certain number of squares. Unfortunately, it does not active her passive ability. her Reaper ultimately allows her to act again after each enemy takedown. Every subsequent attack suffers a damage reduction.

XCOM: Chimera Squad is available on PC and read our review right here.