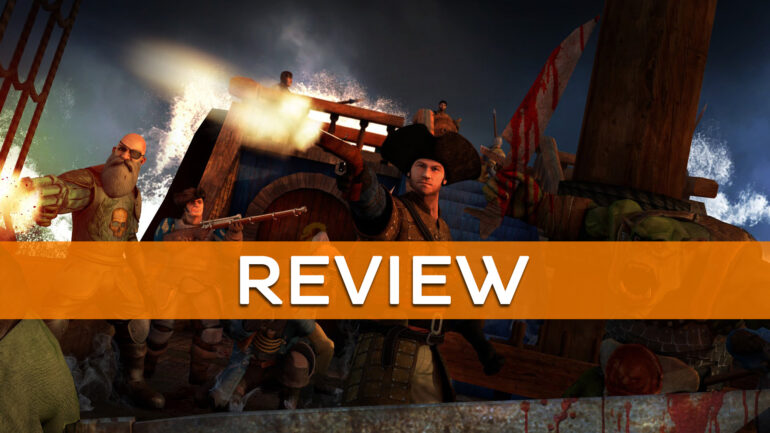 An Ork warship, if you can call that cobbled up mess of a warship, has rammed the starboard side of my ship. It was a dramatic looking impact: the drill bit at the bow of the ship smashing into my wooden hull. My crew scramble from their posts, along with my character from the ship’s helm, we were being boarded. As nice as the initial phase was, I was immediately pulled out from the high-seas fantasy I was being presented. Barebones yet clunky combat, weird animations and a lacking amount of feedback just ruins the experience. It seems like Games Workshop’s shotgun approach to developing games out of its intellectual property has done it again. 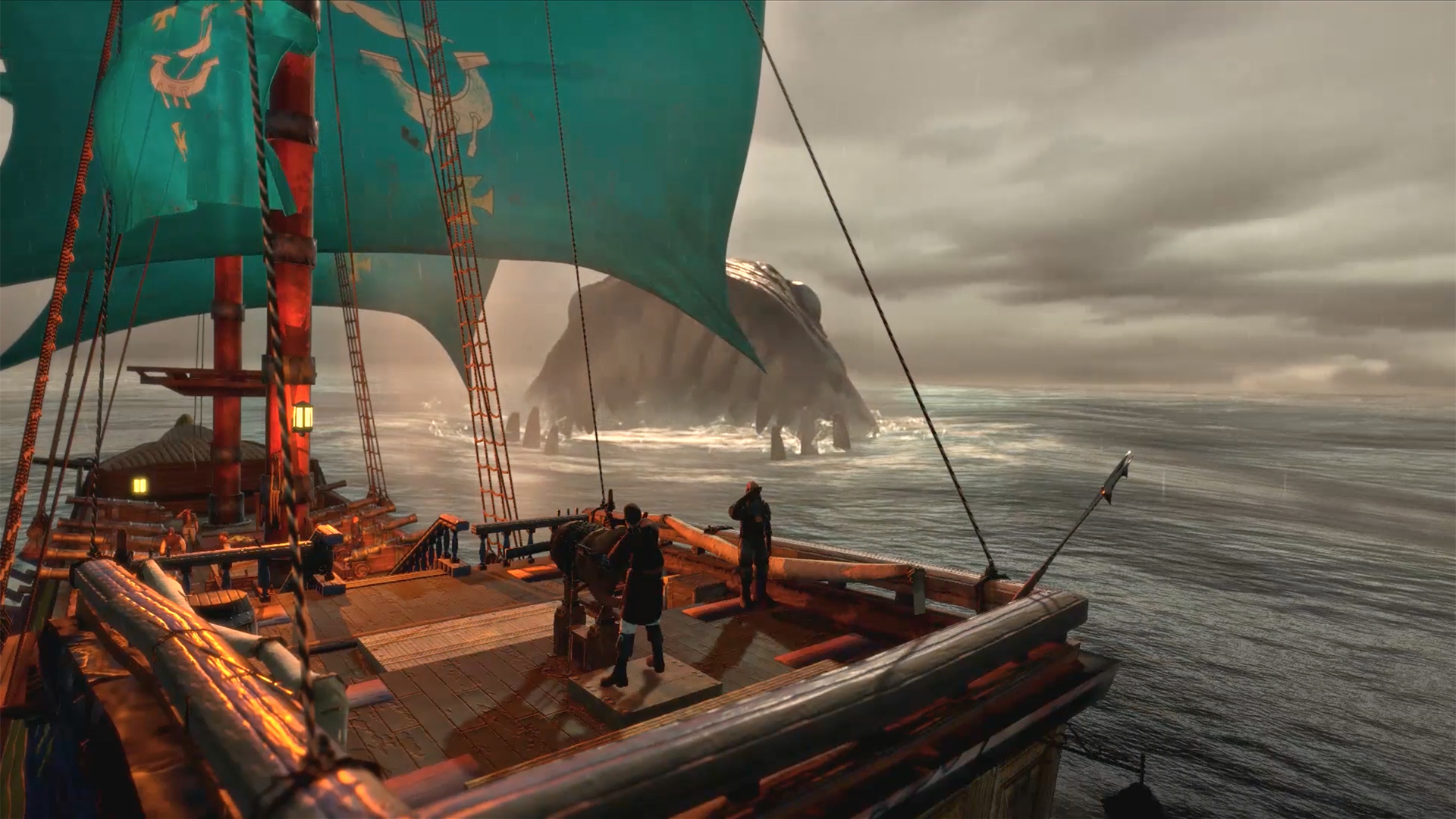 Man O’ War: Corsair has a good concept. You take the open-world adventure, set it in the Warhammer Fantasy world; and to differentiate it, you are a corsair in the open seas. You could live up to the job description and pillage every ship you spot on your spyglass, or you can take the peaceful approach and be a courier or trader making an honest living. I have a nice soft spot for these kind of games, part adventure and part management, the ones that allow you to sail to whatever direction you please. It has the really strong Mount & Blade feel when interacting with the world, and when you are on the open seas, it is a cut down Assassin’s Creed: Black Flag. Now if only the winds were actually in your favor.

Speaking of the winds not in your favor, this is perhaps one of the few mechanics of the game I enjoy. With sail ships, you do not have an engine and rely on the wind as a means to move the ship. Sail against the wind and you wind up being a sitting duck, and the opposite happens when you are sailing with the wind. How the wind blows can be a life or death situation in combat, where losing all wind power means enemy ships can catch up to you in no time. Of course it also affects the enemies, so use the wind to your advantage. A saving grace for what is to come.

There is no joy in sailing your ship though. The world you sail in is boring, okay, there are things to shoot at and quests to complete, but it is empty and lifeless. Towns and cities are just hubs to buy stuff and get quests from the tavern, nothing more. Every time you enter naval combat, it starts off as good, but then you get limited around by how lacking it feels. Immersion needs good feedback. Unleash a broadside of cannon balls onto an enemy ship and you are greeted by little puffs of smoke. The weather turns from good to bad yet the water is as calm as ever, not even choppier water, just the same water you get on any other day. This is further complicated by relatively simple AI, who often would ram each other accidentally in hilarious explosive fashion or get themselves beached on land. If you pay attention to the direction of the wind, you can literally sail circles around enemy ships. Although, you will probably make a mistake eventually like driving against the wind bringing the enemy ships into boarding distance. 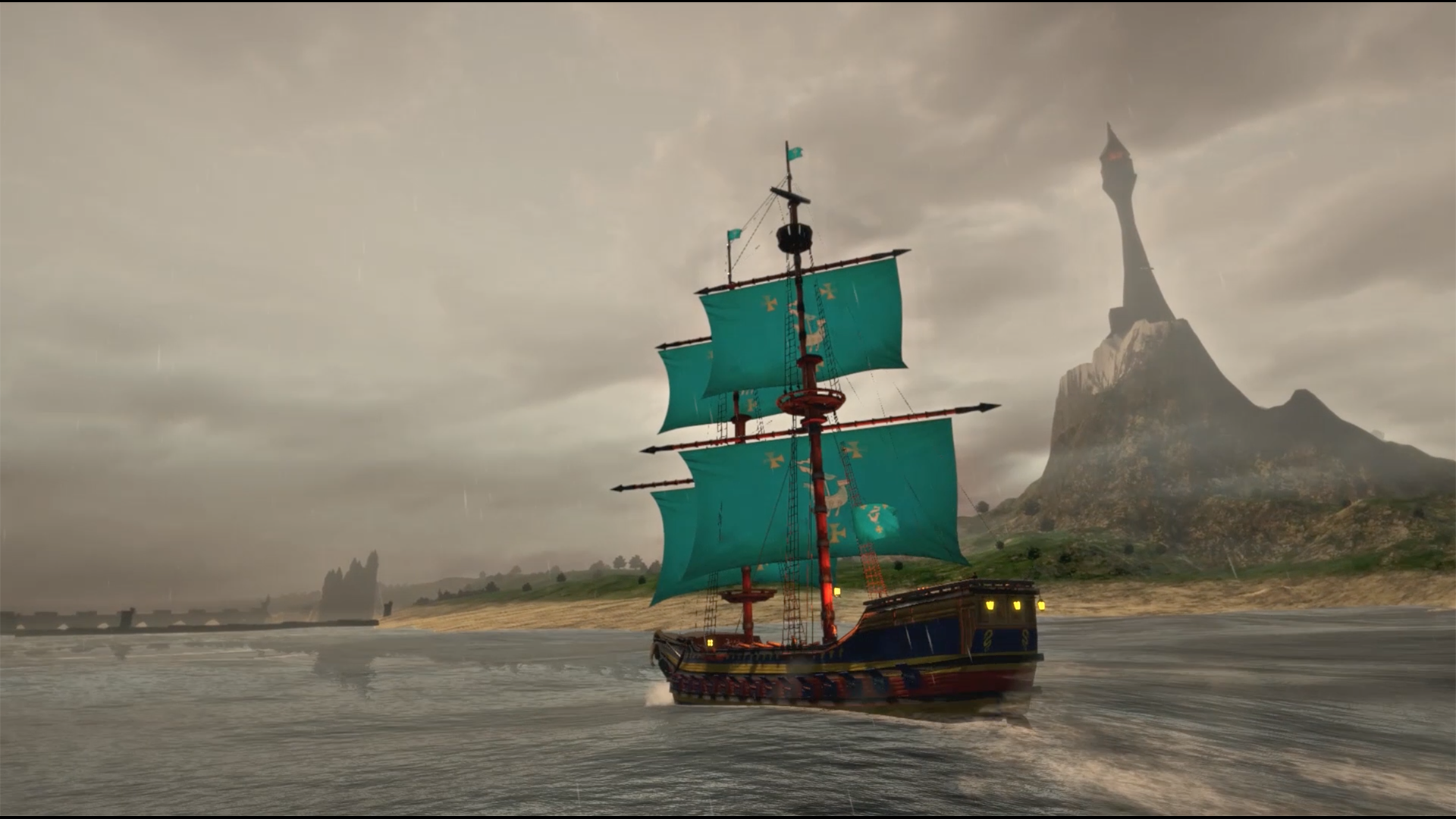 Boarding is another mess altogether. If you compare it to the naval combat, even that combat has more nuance and depth than swinging your sword. I was hoping there would be an interesting sword combat system, alas it was another disappointment. By swinging your sword, I mean that is what you literally do. You press the left mouse button and watch your character swing aimlessly at your target. No lock-on whatsoever. You can block, but what is the point really? Strong attacks? The point? Right you have your gun. I know this is a relatively big gun, but does it justify the awkward walking animation and turtle speed walking? Aiming and firing your gun is no better. Mind me asking, where is the reload animation? As a third person shooter, the game does very poorly, to the point I recommend avoiding boarding combat at all costs, and the AI is not helping one bit.

As much as I want to enjoy Man O’ War: Corsair, I honestly cannot. Almost at every direction there is something that brings you out of it, needless to say it has its gems like the wind mechanic and interpretation of the Warhammer Fantasy world. As I said earlier, the game does have a good concept, but the execution is poor or it needed more time to cook. The game can still be salvaged if additional work will be put into the game, namely fleshing out the world more by adding stuff to do and making combat much more interesting.

IT’S A KIND OF GAME THAT MAKES YOU PONDER ON WHAT-COULD-HAVE-BEEN.
Read our Review Policy here to know how we go about our reviews.