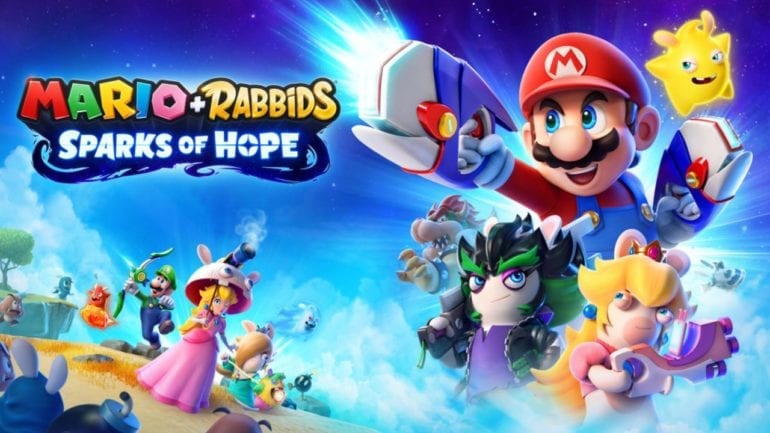 Mario and the Rabbids are back! This time they are embarking on a new quest in their latest title Mario + Rabbids Sparks of Hope which will come out 2022 for the Nintendo Switch. According to Ubisoft, Cursa, a mysterious and malevolent entity seeks out energy to further its nefarious plans, plunging the galaxy into chaos.

Twisting the planets with its evil influence, it’s determined to consume all the energy of the Sparks, uncanny creatures formed by the fusion of Lumas & Rabbids, and destroy all who stand in its way. To bring order back to the galaxy and save the Sparks, Mario and friends team up with Rabbids heroes in a journey through mysterious and ever-surprising planets.

The gameplay will focus mainly on Mario and the Rabbids Heroes. Players can build dream team with three Heroes among an eclectic roster of nine, including all-time favourites Rabbid Peach, Luigi, Rabbid Mario, Princess Peach and some unexpected newcomers. Not only that Heroes’ skills can be used in an innovative combat system, mixing turn-based tactics and real time action.

Easily take control of chosen Heroes to dash enemies, team jump on your allies, hide behind cover and make the best use of each turn. Specialize the chosen Heroes with the Sparks, a distinct power and personality that can imbue heroes with a selection uncanny skills, players choose. More news of the game will be announced in the future.