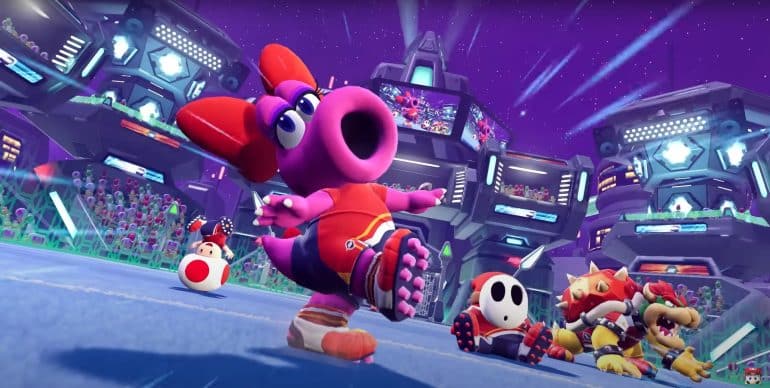 Nintendo has now officially confirmed that the next DLC for Mario Strikers Battle League is the final free DLC update for the game.

While it is confirmed that the next DLC is the final free update, there is no confirmation if there will be a paid DLC in the future. The next update will feature Bowser Jr., Birdo, and a new arena. There are also some new shiny gear items to try out. It will be released on Tuesday, December 13, 2022.

The new update will include the Shellfish gear, which will make players faster when worn. The new arena is the Urban Rooftop stadium.

According to the post on the official Twitter account of Nintendo, Bowser Jr. is a balanced player that can pick a pass. Birdo is a Striker with very powerful shots.